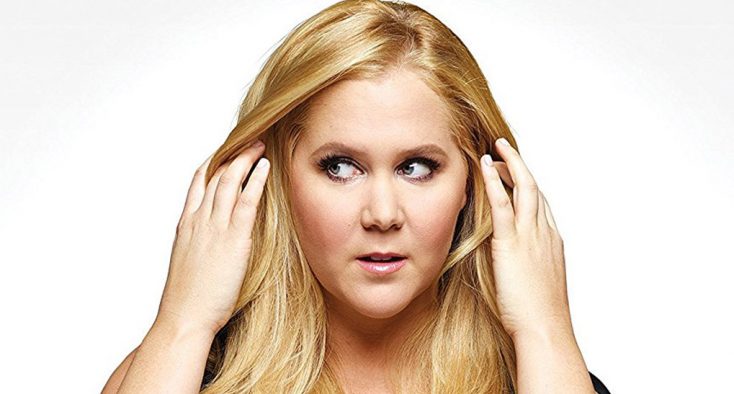 It’s been 45 years since Marlon Brando, as crime family boss Vito Corleone, entered the public consciousness in Francis Ford Coppola’s “The Godfather.” Brando earned an Academy Award for Best Actor in his iconic role. Director Coppola, in turn, paints a chilling portrait of a Sicilian clan’s rise and near fall from power in America, masterfully balancing the story between the Corleones’ family life and the ugly crime business in which they are engaged. Based on Mario Puzo’s bestselling novel and featuring career-making performances by Al Pacino, James Caan and Robert Duvall, this searing and brilliant crime drama garnered 10 Academy Award nominations, and won three including Best Picture of 1972. This original classic in high definition from Paramount Pictures includes a new commentary by Coppola on this new latest edition on Blu-ray.

Additionally, the equally engrossing sequel, “The Godfather, Part II,” is now available in a new high-definition edition on Blu-ray. Regarded as one of the best sequels ever made, this drama picks up two interwoven stories that work as both a prequel and sequel to the original. One story follows the humble Sicilian beginnings and New York rise of young Don Vito Corleone, played by Robert De Niro, who earned a Best Supporting Actor Academy Award for his performance. The other storyline focuses on the ascent of Michael Corleone (Pacino, reprising his role) as the new Don. Reassembling many of the cast members who helped make “The Godfather,” Coppola produced a drama of staggering magnitude and vision. The film received 11 Academy Award nominations, winning six, including Best Picture of 1974. The Blu-ray includes a new commentary by Coppola.

Universal Pictures Home Entertainment unleashes “Fifty Shades Darker Unrated Edition,” plunging fans even deeper into the mesmerizing, hidden world of Christian Grey and Anastasia Steele, as the year’s hottest romance is now available on Digital HD and on 4K Ultra HD, Blu-ray, DVD and On Demand. The global film phenomenon sparked by E.L. James’ best-selling book trilogy returns with the second chapter of the darkly alluring tale that captivated the world. Fans can now stay in and have the ultimate at-home movie night with Fifty Shades Darker Unrated Edition, and this time, there are no rules and no secrets.

When a wounded Christian Grey (Jamie Dornan, “The Fall”) tries to entice a cautious Anastasia Steele (Dakota Johnson, “How to Be Single”) back into his life, she demands a new arrangement before she will give him another chance. As the two begin to build trust and find stability, shadowy figures from Christian’s past start to circle the couple. Jack Hyde (Eric Johnson, “The Knick”) and Elena Lincoln (Kim Basinger, “L.A. Confidential”) intensify the story, determined to destroy the couple’s hopes for a future together.

In addition to both the original theatrical version and a steamy new unrated version with over 13 minutes of footage not seen in theaters, Fifty Shades Darker Unrated Edition on 4K Ultra HD, Blu-ray, DVD and Digital HD comes with more than 30 minutes of never-before-seen bonus content, including cast interviews, behind-the-scenes features and a peek at what lies ahead in the upcoming “Fifty Shades Freed.”

Go deeper Inside Amy Schumer as the hit show returns for its fourth season of too-real comedy. Whether it’s dating, body shaming or any other hot-button issue, Amy Schumer is on top of it with fearless sketches, stand-up and on-the-street interviews. “Inside Amy Schumer: Season Four” is available now on DVD. The DVD includes all 11 episodes of Season 4, which includes guest stars Lin-Manuel Miranda (“Hamilton”), Liam Neeson and Andy Cohen. The special feature is an inside look into the show’s writers’ room.

As a lawyer, Greene prefers to defend those who are utterly hopeless and probably guilty. His clients include murders, bigamists and even cannibals. In his person life, he dodges debt collectors and the Tax Office, while pining for a former prostitute (Adrienne Pickering, “The Reef”) and flirting with his best friend’s wife (Danielle Cormack, “Wentworth”). Despite his roguish ways, Greene’s wit and charm manages to win him many cases and loyal friends.  Guests stars include Oscar nominee Rachel Griffiths (“Brothers & Sisters”), Hugo Weaving (“The Lord of the Rings” films), Sam Neill (“Jurassic Park”) and Noah Taylor (“Game of Thrones”).

“Rake” first aired on Australian Broadcasting Corporation’s ABC1 in 2010 and has run for four seasons.

The woman who brought to life one of HBO’s most iconic characters in “Sex and the City” now stars in the HBO comedy “Divorce.” See for yourself why Parker earned a Golden Globe nomination (Best Actress in a Comedy Series) for her role in the hit comedy series.

Available now on Blu-ray and DVD, “Divorce: The Complete First Season” includes a free digital download plus exclusive audio commentaries including a bonus feature with actress and executive producer Parker, executive producer/writer Paul Simms, and more. Created by Sharon Horgan (creator and star of the Emmy-nominated series “Catastrophe”), Divorce centers on Frances (Parker), who, after more than a decade of marriage and two children, has suddenly begun to reassess her life and her strained relationship with her husband Robert (Thomas Haden Church).

The story of a very, very long divorce, the 10-episode first season follows Frances and Robert as they grapple with the fallout from their failing union, not just for themselves, but also for their children and friends. Finding sharp, observant humor in tense situations ranging from awkward public encounters to bitter private therapy sessions, Divorce is about two people at the most difficult moment in their lives, feeling more intense emotions for each other than they’ve felt in years. The ensemble cast includes Molly Shannon, Talia Balsam, Tracy Letts, Sterling Jerins, Charlie Kilgore.

From falling in love to falling out of love, Front Row Features has a giveaway this week for every notable stage of a romantic relationship. For fans of the steamy “Fifty Shades of Grey” series, we’re giving away a copy of the Unrated Edition of “Fifty Shades Darker” on Blu-ray/DVD Combo Pack to three lucky readers. Then, for fans of “Sex and the City” star Sarah Jessica Parker, we’re giving away a copy of the new HBO comedy series “Divorce: The Complete First Season” on DVD. To enter either of the contests, simply email socalmovieeditor@aol.com by Tuesday, May 16 with the name of which release you want to win in the subject line. Good luck!