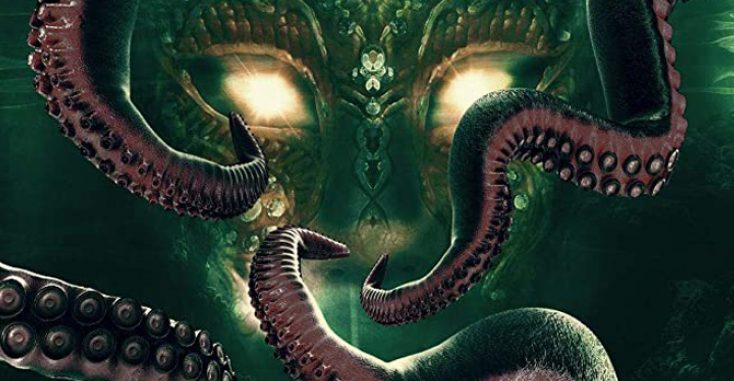 A group of soon-to-be-displaced Italian lingerie workers and an order of nuns skilled in embroidery but facing eviction from their monastery join forces in hopes of coming up with a miracle in the comedy “Beate,” arriving on DVD/Digital Tuesday June 15, from Corinth Films.

“Beate” on DVD/Digital will be available for the suggested retail price (SRP) of $24.95.

In this 1991 classic, Cheung embodies the tragic silent screen siren, known as the “Greta Garbo of China,” in this unconventional biopic by the renowned Hong Kong New Wave master. Praised for her moving and emotive onscreen presence, Ruan’s private life was frequently fodder for the vicious Shanghai tabloids.  Her life began to mirror the melodramas which brought her fame, and she tragically succumbed to suicide at age 24.

Bonus features include a new introduction by Kwan as well as an interview with him. Additionally, Hong Kong cinema expert Paul Fonoroff is interview (on the Blu-ray only). Plus, the set comes with a 16-page booklet with a new essay by Aliza Ma, head of programming at Metrograph.

Dali: In Search of Immortality (Documentary)

Take an eye-opening journey through the life and work of one of the most celebrated artists of the 20th century when “Salvador Dali: In Search of Immortality” arrives on DVD/Digital Tuesday June 15, from Film Movement.

The three-part film documents the life and work of this singular surrealist artist and his longtime muse and collaborator, Gala. It begins in 1929, a crucial year in Dali’s life and career, as he joins the surrealist group he meets Gala, and ends in 1989, the year of 1989.

Dali’s geographies figure prominently in his story: Portlligat, the location of his only stable home-workshop, his hometown of Figueres, where he created his Dali Theater-Museum and Pubol, home to the magnificent Castle he shared with Gala.

Using archival footage, images and documents (many of them never before used in a film), this intimate and revelatory documentary examines Dali, his relationship with Gala, his mind-blowing creations and his surrealist life philosophies, bring us closer to a one-of=a-kind genius who managed to create a character that is a work of art until itself.

Time to get your breakfast on and “Eat Wheaties!” when the comedy starring “Veep” star Tony Hale arrives Tuesday June 15, from Screen Media.

An adaptation of Michael Kun’s 2003 novel “The Locklear Letters” updated for the social media era, the film stars Hale as Sid Straw, a man whose unexceptional life takes a wild turn when he’s named co-chair of his college reunion and accidentally stalks famous college classmate, actress Elizabeth Banks, on social media. His messages to her go viral, and with each failed attempt to convince people he really knows her, Sid’s life spirals out of control until he finds himself banned from the reunion. Stuck at a crossroads and determined to rediscover the best version of himself, Sid hires an inexperienced lawyer to help clear his name.

The “Eat Wheaties!” DVD, which includes five bonus deleted scenes in addition to the movie, will be available for $24.98 (SRP).

Directed by Geoff Resiner, “Fear” is set in the desolate regions of Pacific Northwest where a young family faces a group of bandits who steal the last of their supplies; with time running out, they must form an alliance with the outlaws to protect their children.

Her plan was to die before she ran out of money, but for New York socialite Frances Price (Pfeiffer), some things don’t go according to plan. So, she sells her flat and heads to Paris with her young adult son, Malcolm (Lucas Hedges), and a cat named Small Frank—who may or may not embody the spirit of Frances’ dead husband who’s been dead for a dozen years.

Once in the City of Lights, Frances and her directionless son reckon with their pasts and plan for an impossible future, all while their social circle expands in unexpected and increasingly absurdist ways.

Pfeiffer received a Golden Globe nomination for her both heartbreaking and hilarious performance. “French Exit” on Blu-ray, DVD and Digital includes deleted and extended scenes.

H.P. Lovecraft’s The Deep Ones (Horror/Fantasy)

“H.P. Lovecraft’s The Deep Ones” arrives on DVD and Digital Tuesday June 15, distributed by 123 Go Films and Distribution Solutions, a division of Alliance Entertainment.

A married couple rents a beachside cottage only to be surrounded by peculiar neighbors and strange occurrences. They soon discover themselves in the grips of a mysterious cult and their ancient sea god.

Kirk Douglas and Anthony Quinn headline the suspenseful classic arriving for the first time on Blu-ray in the Paramount Presents line.

A gripping Western from director Sturges—one of the greatest filmmakers of the genre— “Last Train from Gun Hill” has been remastered from a 6K film transfer of the original VistaVision negative for exceptional picture quality.  The limited-edition Blu-ray disc includes a new “Filmmaker Focus” with film historian Leonard Maltin, access to a digital copy of the film, as well as original theatrical trailers for “Last Train from Gun Hill,” “Gunfight at the O.K. Corral,” “The Furies” and “The Black Orchid.”

The Blu-ray comes in collectible packaging featuring a foldout image of the film’s theatrical poster and an interior spread with key movie moments.

The film, written and directed by Aziz Tazi, is a modern-day Romeo and Juliet, where star-crossed lovers are torn apart by cultural tensions between the East and the West.

Frank (Stone), an American, visits the Middle East with his girlfriend, Sarah (Sarah Alami). But when Sarah is killed in a police incident, Frank is framed for her murder and sent to a prison in the U.S. Then, after uncovering the conspiracy that led to Frank’s sentence, his friend dies mysteriously. Now, seeking bloody justice, Frank plans to escape from prison—but must partner with a dangerous gang to do so.

Special features include deleted scenes, a behind-the-scenes featurette, a director’s commentary and more.

The Biblical epic “Resurrection,” about the resurrection of Jesus Christ from the team behind the hit Emmy-nominated miniseries “The Bible,” will arrive on Blu-ray Tuesday June 15, from LightWorkers, a division of MGM, and Warner Bros. Home Entertainment.

In “Resurrection,” Jesus’ followers are hunted and afraid after the crucifixion of their friend and Lord—but Jesus’ resurrection triggers a new age of hope, faith and love that will change the world. The film is adapted from the miniseries “A.D. The Bible Continues.”

“Resurrection” is produced by Roma Downey, Mark Burnett and “The Bible” showrunner Richard Bedser. The film is directed by Ciaran Donnelly (“The Tudors”) and written by Simon Block (“A.D. The Bible Continues”).

The “Resurrection” Blu-ray disc features the film in hi-definition and will be available for $34.98 (SRP).

With the future of the human race at stake, a group of young men and women, bred for intelligence and obedience, embark on an expedition to colonize a distant planet. But when they uncover disturbing secrets about the mission, they defy their training and begin to explore their most primitive natures. As life on the ship descends into chaos, they’re consumed by fear, lust, and the insatiable hunger for power.