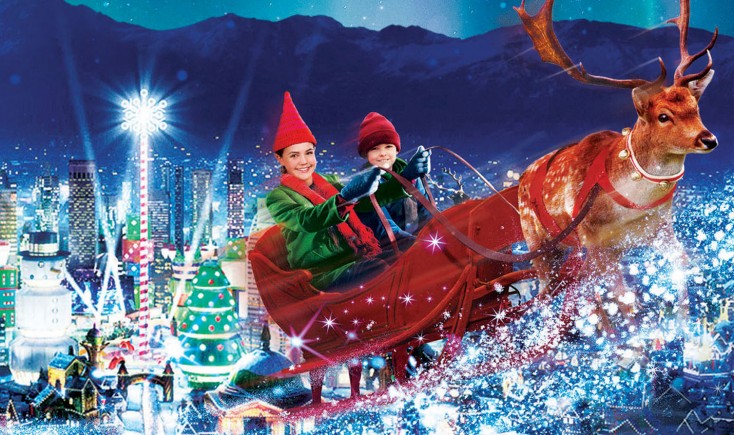 Fans of Cartoon Network’s hit TV series “Adventure Time,” can complete their Finn look with an authentic backpack, packaged with the DVD release of “Adventure Time: Finn the Human.” Available for a suggested retail price of $24.98, the DVD set contains nearly three hours of content as well as the backpack, perfect for any adventure this holiday season. With 16 episodes, featuring Jake the Dog, A Banana Man, Bubblegum Princess, Bird Man, A Royal Family of Flames, viewers won’t be bored. There is even a cute King and his Legion of Cuties and, somehow, Finn the Human Fits right in.

Also now available on DVD is “Northpole,” a fun-filled holiday film about the eponymous town where Santa and Mrs. Claus live. Over the years, the cheery town has grown into a huge city powered by the magic of the holiday happiness around the world. As people everywhere get too busy to enjoy festive time together, Northpole finds itself in trouble. Help is needed to save the cherished Christmas traditions, and one young boy named Kevin might have a chance if he can convince his protective mom to rediscover the magic of the season.

Kevin enlists the help of his charming teacher Ryan, a mysterious elf-like girl named Clementine and a gospel singer named Josephine. Together, they are determined to bring Kevin’s mom in on the fun and prove that one small voice can change many hearts. Tiffani Thiessen, Josh Hopkins, Bailee Madison, Jill St. John and Robert Wagner star in this family holiday film on DVD, which is available for a suggested retail price of $20.99.

For alternative home entertainment, the horror/thriller “Come Back to Me,” based on the novel, “The Resurrectionist,” debuts on Netflix on Tuesday, Nov. 25.

Directed and adapted by actor/director Paul Leyden (“As the World Turns”) in his feature film directorial debut and starring Matt Passmore (“The Glades”) and Katie Walder (“How I Met Your Mother”) with a supporting cast that includes Nathan Keyes (“Cleaners”) and Laura Gordon (“Twentysomething”).

Released in limited theaters and on digital platforms earlier this year, “Come Back to Me” finds centers on Sarah (Walder) and Josh McLaren (Passmore), a young married couple living in suburban Las Vegas. Shortly after a car accident, Sarah begins to suffer a series of disturbing memory lapses and frequent blackouts that seem to be increasing in intensity.

Unsure of what is happening, and feeling as though she is losing her mind, Sarah comes to learn she is pregnant. To add to her shock, she subsequently discovers that her husband is sterile. As her marriage and world begin to fall apart, she makes a desperate attempt to find the truth by planting a hidden camera in her home.

What Sarah discovers is both horrific and life altering and involves a dark secret about her neighbor Dale (Keyes) that proves to be even more far-reaching than anyone could imagine.