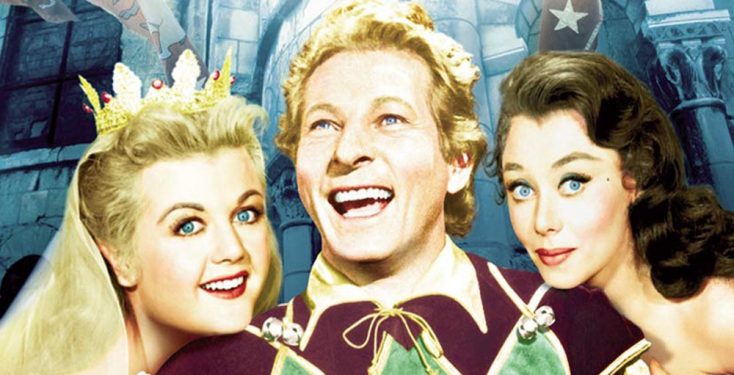 A young boy who struggles to connect with others turns to his cell phone and tablet for companionship, befriending a strange and sinister non-human creature in the spine-chilling paranormal thriller, “Come Play,” available to own on Blu-ray, DVD and On Demand Tuesday Jan. 26, from Universal Pictures Home Entertainment.

Starring Gillian Jacobs (“Community”), John Gallagher Jr. (“Westworld”), Azhy Robertson (“Marriage Story”), and Winslow Fegley (“Timmy Failure: Mistakes Were Made”), the film is based on writer and director Jacob Chase’s own original short film, “Larry,” and explores the connection between technology and isolation. “Come Play” was produced by The Picture Company for Amblin Partners.

Desperate for a friend, Oliver (Robertson), a lonely boy who feels different from everyone else, seeks solace and refuge in his ever-present cell phone and tablet. When a mysterious creature uses Oliver’s devices against him to break into our world, Oliver’s parents (Jacobs and Gallagher Jr.) must fight to save their son from the monster beyond the screen.

Bringing the terrifying vision of horror to life, the film’s mystical creature was created by Jim Henson’s Creature Shop, known for its legendary Muppets. Audiences can now witness the haunting story unfold as one family must overcome their differences to save themselves from a threatening supernatural force and the dangers that lurk in the shadows. “Come Play” also is available now on Digital.

Originally released in 1956, the Danny Kaye starrer was shot in Paramount’s trademark “VistaVision” widescreen format, capturing a grander scope of information on the film negative. For this new restoration, the original negative was scanned at 6K and one of the “separation masters” was also scanned and recombined with the negative scans to address color fading in the negative.  The result is an incredibly vibrant picture that faithfully captures the colors and textures of Edith Head’s sensational costumes and Hal Pariera’s sparkling art direction.

Titian-haired Kaye earned a Golden Globe nomination for Best Actor—Comedy or Musical for his leading role in this comic farce, which was added to the National Film Registry in 2004 and included on the AFI’s list of the 100 Funniest American Movies of All Time.

The limited-edition Paramount Presents Blu-ray disc is presented in collectible packaging that includes a foldout image of the film’s theatrical poster, and an interior spread with key movie moments.  Extras on the Blu-ray also includes a new “Filmmaker Focus” with film historian Leonard Maltin, access to a Digital copy of the film and the theatrical trailer.

To save his declining business, Chris Cringle (Mel Gibson), also known as Santa Claus, is forced into a partnership with the U.S. military. Making matters worse, Chris gets locked into a deadly battle of wits against a highly skilled assassin (Walton Goggins), hired by a precocious 12-year-old after receiving a lump of coal in his stocking. ‘Tis the season for Fatman to get even, in the action-comedy that keeps on giving.

“Fatman” is written and directed by Eshom and Ian Nelms, and is available now in select theaters, on Digital and On Demand.

The sci-fi thriller stars Anthony Mackie (“Altered Carbon,” the Avengers franchise), Jamie Dornan (“Fifty Shades of Grey” trilogy), Katie Aselton (“Bombshell”) and Ally Ioannides (“Into the Badlands”) in the story of two paramedics whose lives are ripped apart after they encounter a series of horrific deaths linked to a designer drug with bizarre, otherworldly effects.

Bonus features include a commentary with the directors and the producer, a making-of featurette, a previsualization featurette, a visual effects breakdown, a deleted scene and alternate ending.

From Roland Emmerich, director of “The Day After Tomorrow” and “Independence Day,” comes the ultimate action-adventure movie, “2012,” available now on 4K Ultra HD for the first time.

As the world faces a catastrophe of apocalyptic proportions, cities collapse and continents crumble. 2012 brings and end to the world and tells of the heroic struggle of the survivors. The action-packed sci-fi adventure stars John Cusack, Chiwetel Ejiofor, Amanda Peet, Danny Glover and Woody Harrelson.

Get ready to embrace the strange. DC’s favorite misfit heroes are back to save the world once again with the release of “Doom Patrol: The Complete Second Season” on Blu-ray and DVD Tuesday Jan. 26, from Warner Bros. Home Entertainment.

The box set contains all nine episodes from the second season of the original DC series, plus enjoy the captivating extra features including two behind-the-scenes featurettes. “Doom Patrol: The Complete Second Season” will be available for $29.98 (SRP) for the DVD ($39.99 in Canada) and $39.99 (SRP) for the Blu-ray ($44.98 in Canada), which includes a Digital Copy (U.S. only).

DC’s strangest group of Super Heroes are back again to save the world – that is if they can find a way to grow up … both figuratively and literally. Following the defeat of Mr. Nobody, the Doom Patrol now find themselves mini-sized and stranded on Cliff’s toy race car track. Here they begin to deal with their feelings of betrayal with Niles Caulder a.k.a. The Chief, while confronting their own personal baggage. As each Super Hero faces the challenge of moving beyond trauma and failure, they must come together to protect the newest family member, Niles’ daughter, whose powers remain a mysterious but real threat to bringing on the end of the world.

“Doom Patrol” stars Diane Guerrero (“Orange is the New Black”), April Bowlby (“Two and a Half Men”), and Joivan Wade (“Doctor Who”), with Matt Bomer (“Magic Mike”) and Brendan Fraser (“The Mummy”), and a special appearance by Timothy Dalton (“License to Kill”).

Calling all fans of “The Endless!” Front Row Features is giving away a copy of “Synchronic,” directors Justin Benson and Aaron Moorhead’s latest film, on Blu-ray to three lucky readers. To enter the contest, simply email socalmovieeditor@aol.com by Feb. 1 for your chance to win. Good luck!