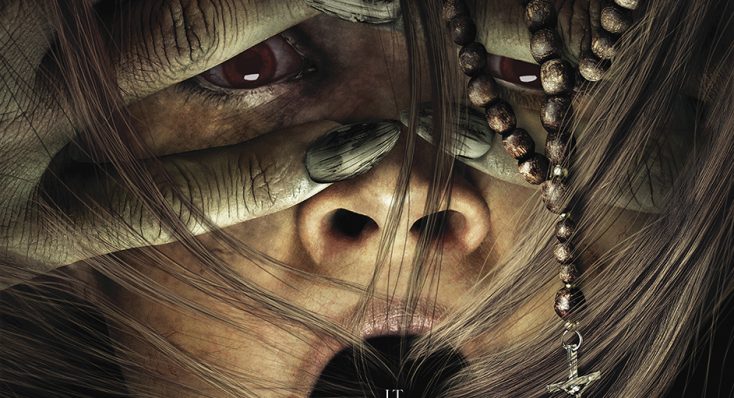 The groundbreaking film that started a global franchise, “Cloverfield” celebrates its 15th anniversary in 2023 with a new limited-edition 4K Ultra HD SteelBook arriving on Tuesday, Jan. 17, from Paramount Home Entertainment.

Produced by J.J. Abrams and directed by Matt Reeves (“The Batman”), “Cloverfield” debuted in the U.S. on January 18, 2008, and became a smash hit, ultimately earning more than $172 million worldwide on a $25 million budget. The film thrilled critics and audiences alike with its shocking, first-person video account of a horrifying attack on Manhattan by an unknown — and seemingly unstoppable — force.

Filled with action and spectacle, “Cloverfield” offers viewers an eye-popping experience on 4K Ultra HD. The collectible, limited-edition 4K Ultra HD SteelBook includes new artwork reviewed and approved by both Abrams and Reeves, the film on both 4K Ultra HD and Blu-ray, access to a Digital copy of the film, as well as a wealth of legacy bonus content on Blu-ray, including “Document 01.18.08: The Making of ‘Cloverfield,’” alternate endings with optional commentary, deleted scenes with optional commentary and more. A commentary by Matt Reeves is also included on both the Blu-ray and 4K Ultra HD discs.

After the sudden suicide of their estranged mother, two siblings return to their hometown and are immediately confronted by angry villagers. Convinced that the woman was a devotee of a dangerous brand of black magic deemed responsible for a string of mysterious deaths over many years, the locals demand that the siblings leave and allow for the burning of their childhood home in order to rid the town of the curse. While initially skeptical, a string of strange occurrences leads the siblings to believe there may be more truth to the rumors than they ever dreamed possible.

Cornelio Sunny (who also stars in the film) utilizes folk horror layered with mood and atmosphere in his directorial debut, which nabbed him a nomination for a White Mulberry Award for First Time Director when “Death Knot” premiered at the Udine Far East Film Festival in 2021. The movie also features Widika Sidmore (“May the Devil Take You Too”) and Morgan Oey (“The Night Comes for Us”). English subtitles are available.

Follow a young couple (Anya Taylor-Joy and Nicholas Hoult) as they travel to a coastal island to eat at an exclusive restaurant where the chef (Ralph Fiennes) has prepared a lavish menu — with some shocking surprises.

The Blu-ray and Digital releases of “The Menu” feature never-before-seen bonus content that takes viewers behind the scenes and inside the kitchen. Viewers can see how Mylod and his formidable cast, the biting script and renowned chef consultants concocted the perfect recipe to bring authenticity and dark humor to the film’s high-end culinary world with the three-course “Open Kitchen: A Look Inside ‘The Menu’” featurette, as well as enjoy three deleted scenes.

Prey for the Devil (Horror, Thriller)

Experience the true horror of exorcism by watching “Prey for the Devil,” now available on 4K Ultra HD, Blu-ray, DVD and Digital from Lionsgate.

Sister Ann (Jacqueline Byers, “Bad Samaritan”) believes she is answering a calling to be the first female exorcist — but who, or what, called her? In response to a global rise in demonic possessions, Ann seeks out a place at an exorcism school reopened by the Catholic Church. Until now, these schools have only trained priests in the Rite of Exorcism — but a professor (Colin Salmon, “Alien vs. Predator”) recognizes Sister Ann’s gifts and agrees to train her. Thrust onto the spiritual frontline with fellow student Father Dante (Christian Navarro, “13 Reasons Why”), Sister Ann finds herself in a battle for the soul of a young girl, who Sister Ann believes is possessed by the same demon that tormented her own mother years ago. Determined to root out the evil, Ann soon realizes that evil has been expecting her.

Bonus features on the release include an audio commentary with director Daniel Stamm and actress Jacqueline Byers and the featurettes “Possessed: Creating ‘Prey for the Devil,’” “A Lullaby of Terror” and “The Devil’s Tricks: Visual Effects.” The Blu-ray, Digital and 4K Ultra HD releases also contain two additional extras: “‘Prey for the Devil’ Cast-Read: The Original First-Draft Screenplay” and “Speak No Evil: A Real Exorcist and Church Psychologist Discuss Possession.”

Inspired by the Pulitzer Prize-winning investigation that shattered a corrupt system by empowering women to speak out, “She Said” is now available on Digital, Blu-ray and DVD from Universal Pictures Home Entertainment. The film is also currently streaming on Peacock.

Based on the bombshell New York Times investigation, “She Said” follows the remarkable true story of how reporters Megan Twohey and Jodi Kantor went from underdogs to inspirations by shattering the silence surrounding sexual assault in Hollywood. Determined to expose the truth many fear to tell, Megan and Jodi’s partnership shakes up the system, empowering courageous women to retake their strength through stories of survival in this extraordinary film from Emmy-winning director Maria Schrader (“Unorthodox”), featuring captivating performances by two-time Academy Award nominee Carey Mulligan (“Promising Young Woman,” “An Education”) and Zoe Kazan (“The Big Sick”).

“She Said” comes home on Blu-ray, DVD and Digital with the all-new, behind-the-scenes featurette “Breaking the Story,” which takes viewers behind the scenes with real-life journalists Megan Twohey and Jodi Kantor as they recount what it took to break the groundbreaking story.

Calling all horror fans! Front Row Features wants to make sure your New Year is a real scream. That’s why we are giving away a copy of the horror-thriller “Death Knot” on Blu-ray to three brave readers. To enter the contest, simply email socalmovieeditor@aol.com by Jan. 23 for your chance to win. Good luck!