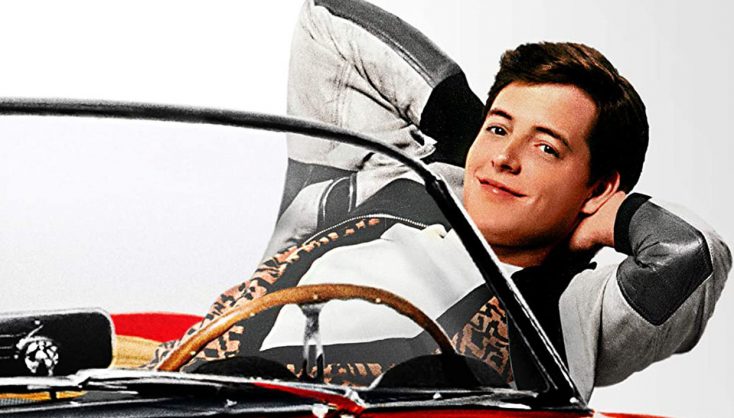 While on a routine visit to the local VA hospital, Hill is confronted by an organized terrorist group that has infiltrated the building and taken hostages, including a decorated general and Hill’s wife. Though outnumbered, the highly trained veteran realizes he is the last line of defense must take down the armed insurgents before it’s too late. Michael Jai White, Mark Dacascos, Rob Van Dam, Weston Cage Coppola and Gina Holden also star.

The Christopher Ray-directed action thriller also can be seen in select theaters and is available now on Digital and On Demand.

Some secrets just won’t stay buried and “City of Lies” reveals all when it arrives on Blu-ray (plus Digital) and DVD Tuesday June 8, from Saban Films.

Based on the book, “LAByrinth,” by Pulitzer Prize-winning author Randall Sullivan, this compelling crime-thriller follows the investigation into the infamous murder of iconic rap artist Christopher Wallace a.k.a. The Notorious B.I.G., Depp stars as determined LAPD detective Russell Poole, who spent nearly 20 years trying to solve the murder, and Whitaker as Jack Jackson, a journalist who teams up with Poole in search of the elusive truth. Together they explore why the case remains cold—and why a secret division of the LAPD is seemingly set on keeping it that way.

Writer/director John Hughes’ seminal comedy about a high school student’s wild adventures in the Windy City during a single, glorious day off continues to be enjoyed, quoted and revered 35 years after its theatrical debut. Originally released June 11, 1986, “Ferris Bueller’s Day Off” captures the uproarious antics of Ferris and his friends as they relish the freedom of being not quite grown up.

In celebration of the film’s 35th anniversary, Paramount Home Entertainment will release a Limited Edition Blu-ray Steelbook Tuesday June 8, which includes access to a digital copy of the film, as well as legacy bonus content including featurettes on “Getting the class together: The Cast of Ferris Bueller’s Day Off,” a making-of, “Who is Ferris Bueller?”, “The World According to Ben Stein,” Vintage Ferris Bueller—The Lost Tapes and a class album.

Matthew Broderick stars as the delightfully charming high school student Ferris who, with his girlfriend Sloane (Mia Sara) and best bud Cameron (Alan Ruck), ditches class to enjoy one perfect day as a kid with no responsibilities.

In 2014, “Ferris Bueller’s Day Off” was added to the Library of Congress’ National Film Registry, which serves as a compendium of films that have been judged to be culturally, aesthetically or historically important.

Two more John Hughes classics will arrive in Blu-ray Steelbooks on June 8: “Pretty in Pink,” which also celebrates its 35th anniversary this year, and “Some Kind of Wonderful.” Both films were written by Hughes and directed by Howard Deutch. The Steelbooks include access to digital copies of the films, as well as previously released bonus content.

Set in the world of the “Final Fantasy” video game series, the film takes place two years after peace was won, and the ruins of Midgar stand as a testament to the sacrifices made to win that battle. But when a mysterious illness is linked to an insidious plot to resurrect an old enemy, Cloud must choose between the life of solitude he committed to or taking up the sword once more to save the planet he so loves.

Fredrick Fitzell (Dylan O’Brien, “The Maze Runner” franchise) is living his best live ― until he starts having horrific visions of Cindy (Maika Monroe, “It Follows”), a girl who vanished in high school. After reaching out to old friends with whom he used to take a mystery drug called Mercury, Fredrick realizes the only way to stop the visions lies deep within his own memories, so he embarks on a terrifying mental odyssey to learn the truth. This film also stars Hannah Gross (“Joker”) and Emory Cohen (“Brooklyn”).

The cinematic classic that started it all—Raiders of the Lost Ark—celebrates its 40th anniversary this year, having first introduced audiences to the man with the hat on June 12, 1981.  Forty years later, the legendary hero continues to captivate new generations of fans.

Now, for the first time ever, all four films are available together in 4K Ultra HD with Dolby Vision and HDR-10 for ultra-vivid picture quality and state-of-the-art Dolby Atmos audio. Each film has been meticulously remastered from 4K scans of the original negatives with extensive visual effects work done to ensure the most pristine and highest quality image. All picture work was approved by director Steven Spielberg.

In addition, all four films were remixed at Skywalker Sound under the supervision of legendary sound designer Ben Burtt to create the Dolby Atmos soundtracks.  All original sound elements were used to achieve the fully immersive Dolby Atmos mixes while staying true to each film’s original creative intent.

The “Indiana Jones 4-Movie Collection” includes a collectible booklet with behind-the-scenes images from all four films.  Each film is presented on 4K Ultra HD Blu-ray Disc with original theatrical trailers and access to digital copies.  The set also includes a Blu-ray with seven hours of previously released bonus content.

The comedy follows a couple who experience a defining moment in their relationship when they become unintentionally embroiled in a murder mystery. As their journey to clear their names takes them from one extreme circumstance to another, they must figure out how they, and their relationship, can survive the night.

Featuring a never before-seen, unrated cut of the film, the DVD and Digital also include the original theatrical cut, as well as exclusive bonus content, including a hilarious gag reel, deleted scenes, an immersive Line-O-Rama, interviews with the cast, and more.

Set in Florence in the early 16th century, Michelangelo Buonarroti (Alberto Testone) is reduced to poverty and depleted by his struggle to finish the ceiling of the Sistine Chapel. When his commissioner and head of the Della Rovere nobility Pope Julius II dies, Michelangelo becomes obsessed with sourcing the finest marble to complete his tomb.

The artist’s loyalty is tested when Leo X, of the rival Medici family, ascends to the papacy and charges him with a lucrative new commission, the façade of the San Lorenzo basilica. Forced to lie maintain favor with both families, Michelangelo is progressively tormented by suspicion and hallucinations, leading him to ruthlessly examine his own moral and artistic failings. The acclaimed biopic includes a making of “Sin” featurette as well as a new Q&A with the Oscar-nominated director.

Nicolas Shaw (Pepper), a disgraced former U.S. secret agent who suffered memory loss at the hand of captors, is dragged back into the darkest shadows of the spy world when he is enlisted by his former partner to help find a missing colleague. Nicolas’ skills will be put to the ultimate test as the two men try to unravel the mystery behind her disappearance before it’s too late. But to uncover the truth, Nicolas will need to remember the past. Doing so might also be the key to clearing his own name.

After a long and unsuccessful struggle to get pregnant, Satoko and her husband decide to adopt a child. Over the next six years, the middle-class couple and their young son, Asato, settle into a comfortable, albeit routine life. The family’s orderly existence is shattered by the arrival of Hikari, a young woman claiming to be Asato’s biological mother and demands his return. The drama is based on the 2015 novel by Mizuki Tsujimura.

Bonus features including a special prerecorded conversation with director Kawase, moderated by Juliette Binoche, as well as the short film, “Return to Toyama,” written and directed by Atsushi Hirai.

“True Mothers” is in Japanese, with English subtitles. It will be available on DVD/Digital for $24.95 (SRP).

An undercover cop’s daring plan to infiltrate a notorious drug ring is severely compromised when a rival agency attacks mid-trade and kills the gang’s leader in the action-packed MMA thriller “Undercover Punch & Gun.” Their cover blown, both teams are forced to unite and take to the high seas in an attempt to overthrow the ruthless smuggler behind it all.

Join the Tanner, Fuller, Gibbler clan for another fun-filled season in Warner Bros. Home Entertainment’s release of “Fuller House: The Fifth and Final Season,” available on DVD and available to purchase on Digital via digital retailers Tuesday June 8.

“Fuller House: The Fifth and Final Season” will retail for $24.98 (SRP, $29.98 SRP in Canada). The fifth and final season of Fuller House will also be available to own on Digital via purchase from digital retailers on June 8.

In the fifth and final season of the beloved series, the Tanner childhood house is fuller than ever with DJ’s three boys, Stephanie’s new baby, and Kimmy’s feisty family, as the she-wolf pack prepares for a triple wedding and celebrates all the memories that have led them there. More life-defining moments await all the members of the Tanner household, as one of television’s favorite family comedies draws to a close. Viewers won’t want to miss the series’ heartwarming finale, as the beloved Tanner clan bids farewell after five entertaining seasons. The series earned a 2018 Primetime Emmy nomination for Outstanding Children’s Program.

“Fuller House” is the continuation of the ‘90s ABC series “Full House” in which eldest daughter D.J. Tanner (Candace Cameron Bure, “Full House,” “A Christmas Detour”) is now a veterinarian and recently widowed mother trying to raise three boys on her own.

The original “Full House” series centered on three grown men raising three girls in San Francisco, and premiered in 1987 on ABC. It became an instant hit with viewers. The family friendly series became a pop culture phenomenon. It was praised by fans for its wholesome comedy, lovable characters and valuable life lessons. It aired for eight successful seasons and later aired in syndication. “Fuller House” premiered on Netflix in February 2016.

In this action-packed fourth season, ex-MI6 agent Russ Taylor recruits former Phoenix Foundation members Mac, Riley, Bozer, Matty, and Desi to hunt down a bioweapon that’s planned to be used by a mysterious organization for a devastating attack on a major U.S. city.

A new chapter of “Power” begins, and the stakes are higher than ever, when “Power Book II: Ghost—The Complete First Season” arrives on DVD Tuesday June 8, from Lionsgate.

“Power Book II: Ghost—The Complete First Season” is a spinoff of Starz’s popular crime drama series, “Power,” and picks up after the events of “Power” as Tariq St. Patrick grapples with his father’s death while his mother, Tasha, faces charges for the murder her son committed. Tariq is forced to split his time between school and hustling to pay for Davis MacLean, the defense lawyer who is Tasha’s only hope of escaping prosecution by U.S. Attorney Cooper Saxe. Tariq turns to the drug game, entangling himself with a family headed by Monet Stewart Tejada. He figures out the only way to avoid the same fate his father met is to become him—only better.

“Power Book II: Ghost—The Complete First Season” is one of Starz’s most highly rated shows The DVD will be available for $34.98 (SRP).

Calling all action movie fans! Front Row Features is giving away a copy of the action-packed MMA epic “Undercover Punch & Gun” to three lucky readers on Blu-ray. To enter the contest, simply email socalmovieeditor@aol.com by June 14 for your chance to win. Good luck!