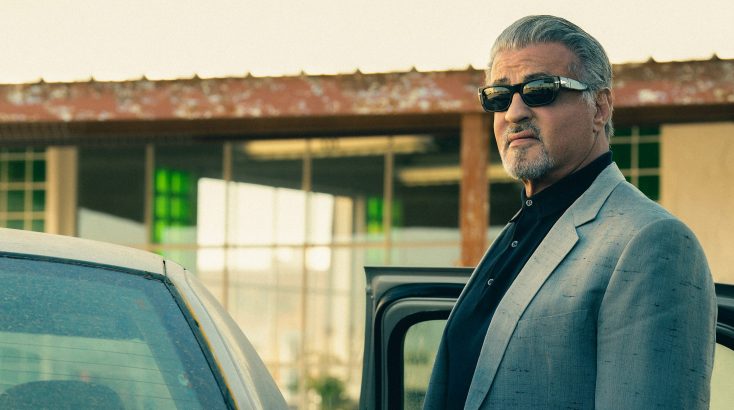 HOLLYWOOD-With the tremendous success of “Yellowstone” on Paramount+, starring Kevin Costner, which was co-created by Taylor Sheridan, it’s not surprising when the writer approached the network about another saga, “Tulsa King,” with Sylvester Stallone, it was given the green light.

The drama spotlights Dwight “The General” Manfredi, the legendary head of a New York mafia syndicate, who is just getting out of prison after 25 years for a murder he committed to protect his boss. Expecting to be met with some compensation, he is greeted by his boss’ son, who is now in charge, and exiled to Tulsa, Oklahoma, to set up a syndicate there, where he is forced to gather a new crew from a group of unlikely, mismatched characters.

Sylvester Stallone talked with the TV Critics Association about his new drama, which will premiere with two episodes on Paramount+ on November 13, 2022.

Q: How did your involvement in this show come about?

Sylvester Stallone: I met Taylor a while back, actually riding horses in California. He was working on “Sicario” at the time, and I wanted him to write the screenplay for “Rambo” because I was getting lazy.  Anyway, we moved on in life. And then he became very, very successful with “Yellowstone.” And one day, he just had this idea, called me up [and] pitched it to me in three seconds. I went, “I’m in.”

Q: Have you always wanted to portray a gangster?

Stallone: Well, first of all, acting in that world, to me, has always been a fantasy since I was rejected to be one of the 200 extras who basically stood behind a wedding cake in a “The Godfather” scene in 1970. I’d been trying to get in gangster films, and it just never happened. So finally, everything comes to those who wait.

Also, I wanted to play a different interpretation of a gangster, because most of the times, gangsters are “thems” and “those.” This is a fella who’s very educated, reads Marcus Aurelius, reads Plato. He’s into Machiavelli. He’s also into the classics. He’s a different animal than you would normally see in a “gangster” film.

Q: Taylor writes in the same style that you do. You both use naturalistic, terse dialogue. To what extent do you feel working together is a natural link?

Stallone: I think we’re both definitely steeped in the alpha tradition where life is hard, and it’s a man’s world. But I’ve always looked at trying to overcome odds. And [this] character is put in a situation where he has to start over at a very late point in life. So there’s a story there.

We look at life maybe in a short‑handed way. Most people get what life is about, so we don’t have to do a great deal of exposition, and we stick to the gems that I think the audience can relate to; the more the audience can say, “Oh, that’s what I’m going through. I didn’t think a gangster went through that.”

And so the film is very relatable, like “Yellowstone.” People get “Yellowstone,” because they understand the dynamics of what these characters are going through.

Q: Have you met any gangsters? If so, what surprised you about them?

Stallone: Half my family are gangsters. At least they’re robbing me.   No, I’m only kidding.

I grew up around a lot of these mugs, and they’re very interesting.  In Philadelphia, you’re always bumping shoulders with them whether you want to or not, especially in South Philly. So I’ve got the tempo, I’ve got the idea, I’ve got the attitude, so I understand the street life very, very well.

We try to show that it’s not your stereotypical gangster show that we’ve seen done very well. It’s probably been done to perfection in the gangster-type genre.

This is a whole other thing. I am out of my element. So now my gang is made up of cowboys, Indians, women, fellas that run a weed store.  In other words, a group of complete misfits, in a sense, that fit, finally, together as a family. That’s what makes it so unusual.

Q:  Obviously, you’re used to starring in films rather than television.  How did this compare?

Stallone: It’s harder, faster, and longer. You really have to be quick.  You have to be mercurial. You have to work out of sync a lot of times with sequences that don’t follow the natural order of things. But most importantly you have to keep your energy up.

Put it this way. In the amount of time that we did ten episodes is the equivalent of doing five “Rockys” in a row, five two-hour films in a row with no break in between. I had great respect for the crew in their diligence and endurance.

Q: You have done some TV throughout your career. Do you feel as though you have an good relationship with it?

Stallone: Yes. The earlier days of TV people [said,] “Oh, well, you’re not going to make it in film. You’re in TV.” That’s gone. Now you have so many fine performers, actors and writers specifically aiming for a TV career, to create these streaming shows that have such depth and give people a chance to branch‑out. So I’m glad I finally got an opportunity to jump on this train.

Tags:Paramount, Sylvester Stallone, Tulsa King
Previous PostPhotos: Tragic ‘Smyrna’ Arrives for One-Night-Only in Theaters Across the U.S.
Next PostPhotos: Stallone Ready to Take on Royal in Oklahoma as a ‘Tulsa King