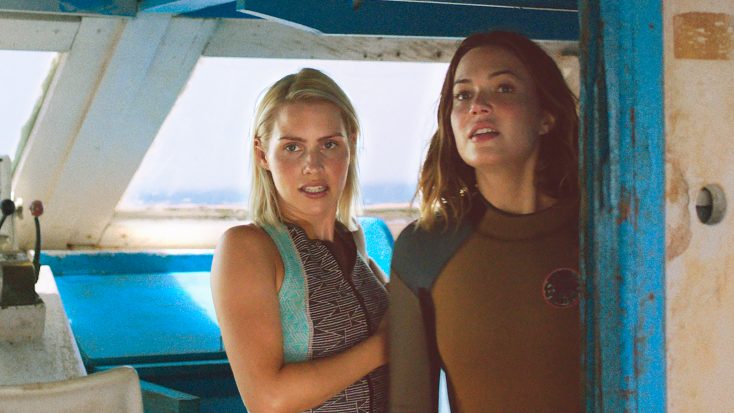 Mandy Moore as Rebecca in THIS IS US. ©NBCUniversal Media. CR: Ron Batzdorff/NBC.

HOLLYWOOD—Since bursting onto the scene as a teen pop singer in 1999, Mandy Moore has expanded her repertoire to include acting in movies and TV shows. She now stars in the hit NBC series “This is Us,” playing a young mother who adopts an African-American child after one of her triplets dies in childbirth. The show shifts back and forth in time between the parents’ story in the early 1980s and the children’s lives as young adults. The series, which debuted last year has scooped up numerous awards and nominations for its sensitive depiction of an atypical family.

Moore, a remarkably youthful-looking 33, made her film debut in the 2002 tearjerker “A Walk to Remember.” She subsequently starred in “Romance and Cigarettes,” “Chasing Liberty” and the acclaimed “Saved!” She gave voice to Rapunzel in Disney’s 2011 animated feature “Tangled.”

Other credits include the comedies “License to Wed,” co-starring Robin Williams, and “Because I Said So,” opposite Diane Keaton. She’s also made guest appearances on the TV shows “Scrubs,” “Grey’s Anatomy” and “Entourage.”

The divorced actress (she split with singer Ryan Adams in 2015) now stars in the big screen underwater adventure drama “47 Meters Down,” in which she plays a young woman who, while vacationing in Mexico with her sister (“The Originals’” Claire Holt), winds up at the bottom of the ocean in a broken shark cage fighting to stay alive. British filmmaker Johannes Roberts directed and co-wrote the film with Ernest Riera.  Matthew Modine, Yani Gellman and Santiago Segura co-star. “47 Meters Down” was headed straight toward the DVD shelf until uber-producer Byron Allen saw that the shark and suspense-filled film had the potential to be a sleeper summer hit and pulled together the money to have it released in theaters.

Moore saw the same potential when she signed on to the project, in which she spends most of the time underwater fending off man-eating sharks and hoping for a rescue before her oxygen runs out. The adventuresome actress took on the role before she even had a single diving lesson. But the prospect of starring in an adventure movie was too tempting not to take, although it left her a little waterlogged.

Q: “47 Meters Down” is pretty intense and an exciting summer popcorn movie. You’re out of the water now, but is the fear ever over? Would you actually go shark diving?

Moore:  No. I think it would be fun as long as someone could guarantee there is plenty of oxygen and a shark couldn’t make its way into the cage, I’d be fine with it.

Q: You weren’t actually in open water when you shot this?

Q: Why did you want to make this movie? I imagine it was a physically grueling experience.

Moore: Just that was so enticing to me. I’m not usually thought of for this particular genre so that was pretty exciting as well. But I loved the script; I found it so compelling from start to finish. The twist at the end, I didn’t see coming. I knew that it would be a challenge as well as be entirely rewarding.

Q: Spending all that time in the water, how did you keep up the energy? Did you do a lot of training beforehand?

Moore:  A lot of sugar and caffeine. You go into it knowing it’s going to be somewhat physically taxing but I don’t think Claire or I had any idea how taxing it would be until we finished the first day and the first week. I’m not usually a napper, but I could not keep my eyes open at lunch. I would just pass out in my trailer. I’d eat and then take a nap.

Q: Isn’t that kind of dangerous to do after diving?

Moore: I know, but we couldn’t help it. You don’t realize how much you’re extending yourself when you’re underwater like that. Even the smallest movements. There were days where I would come away thinking, “Oh, that wasn’t too physically taxing,” and yet I was still bone tired.

Q: Have you always been a fan of this genre? “Jaws?” “Sharknado?”

Moore: (laughing) “Sharknado!” What I loved so much about this—and we talked about this a lot during production—as much as everyone’s putting the emphasis on sharks—and I understand, they’re terrifying—what was much more terrifying to me and Claire was this prospect of drowning, of running out of air at the bottom of the ocean, and this race against the clock. Just that ultimate test of survival scares me way more than sharks. That’s my deepest fear.

Q: After you had your dive training and practical lesson in the ocean, what did you think?

Moore: I thought, “Is there going to be two months of this?” What was easier for us was that we were wearing not the regular mask and regulator that the camera-crew used. We were lucky enough to have the full facemask, obviously so we could talk underwater and you could see our facial expressions. Had I been in a regular mask and regulator, it would have been too much. Too scary.

Q: Have you ever been pressured into doing something you know is dangerous or risky?

Moore: No, but I’ve convinced (co-star) Claire (Holt) to do the shark cage with me.

Q: So, you’re a thrill seeker?

Moore: I don’t know. That’s pretty much where it begins and ends, to be honest. I like to think of myself as being spontaneous than I probably am, especially as I’ve gotten older. Bungee-jumping, no. That scares me. Windsurfing and all that kind of stuff sounds fun to me. But I haven’t been that adventurous as of late.

Q: You’ve been in the public eye for a long time, since you were a teenager. How do you keep yourself centered or stable?

Moore:  I think the most important part is finding that balance with your life. From a young age, I was always keenly aware I was really lucky to be in this position. I didn’t take it for granted. I really tried to take advantage of the opportunities that came my way. You just find good people.

Q: Your career as had the typical Hollywood ups and downs. Did you ever think about disappearing from Hollywood?

Moore: Sure. I certainly thought of that during certain moments of my life and career, but you just keep sticking it out and hope that it will all come around again.

Q: You became a celebrity at a time before social media was so ubiquitous. If you were starting out today with “A Walk to Remember” and your music, do you think you’d be any different?

Moore: I’m not sure how kids do it these days. I feel like I have a bit of a wall, a bit of a veil. You keep your distance because I didn’t grow up around (social media). I don’t think I would have fared very well. I probably just would have been very quiet.  When I think of young, I think of like 17 or 18. It’s so confusing.

Q: Are you pleased that “47 Meters Down” is now going to be released in theaters instead of going straight to DVD as it was initially supposed to do?

Moore: Yeah, because I thought that the concept is so unique and the fact that 95 percent of this movie takes place underwater. That’s what really drew us to (this project) as well. That’s a really compelling conceit or premise. We were guinea pigs. No one had really shot a movie like this before. No one knew how it was going to turn out. It was a gamble for all of us so to see that it paid off and that it will see the light of day, and it’s coming to fruition in a way that we hoped for but none of us expected. You never really have a guarantee, especially with a project like this. It’s not a giant studio movie where it’s a superhero picture, of course it’s going to come out. So, we’re really grateful.

Q: Were you waterlogged?

Moore: Oh yes. Eight hours a day for like seven weeks. I’ll go to the beach again but I’m not sure if I’ll go diving again.

Q: How’s your life changed in the past year because there are so many fans of “This is Us?” It’s also a big comeback for you.

Moore: Sure. Yeah. It’s difficult being in this industry. We all sort of ride the wave and ebb and flow of our careers having higher moments and lower moments and balancing life. But when you find those projects and those moments that seem to click, it seems to make it that much sweeter.

Q: How many times a day are you asked how Jack (her husband on “This is Us”) died?

Moore: I’ve been telling people on this press junket that he got eaten by a shark.

Q: How do you feel to be on this successful series?

Moore: I feel like it’s come along at exactly the right time. People are looking for positive, hopeful entertainment, to say nothing of the incredible writing of (the show’s creator) Dan Fogelman. It’s such a wonderful cast. I just think people were hungry for this kind of cathartic material.

Q: Are you in production on the next season of “This is Us?”

Moore: We don’t go back until next month.

Q: You haven’t seen any scripts yet?

Moore: No, I think they just convened on June 1.

Q: Do they ask for your input as to what you think should go on?

Moore: (shaking her head) No. I wouldn’t trust my judgment anyway. I trust Dan (Fogelman, the show’s creator).

Q: Are you usually surprised to see what they have in store for your character?

Moore: As an actor, we don’t always have all of the answers. It’s part of the job. Oftentimes, we don’t have any of the answers. It’s our job to figure that out because we need that information for ourselves. Whether or not that ends up on a television show aligning with what they write down the road, who knows. But it’s part of my job, I need that information for myself. Rebecca and Miguel may get together in some other way than I’ve imagined. I’m excited to get started again with the new season; I miss everyone.

Q: What do you want out of your life now?

Moore: What do we all want out of our lives? How much time do you have? Balance, peace, happiness. I want to be challenged.