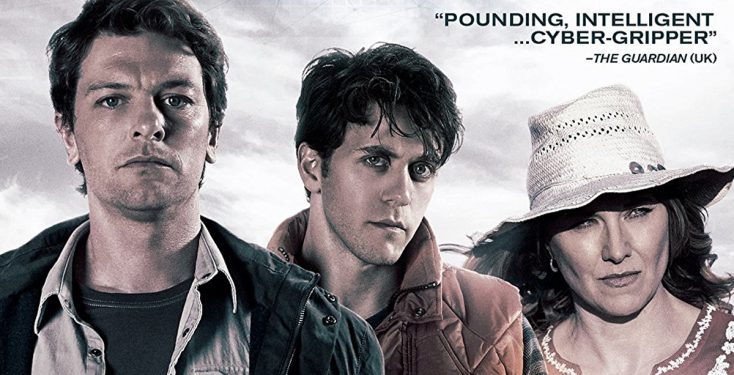 Fassbender plays Tom Sherbourne, a young combat veteran and lighthouse keeper on a remote island off the coast of Western Australia. Vikander plays Isabel Graysmark, the beautiful and spirited daughter of the school headmaster on the mainland of Partageuse; Weisz stars as Hannah Roennfeld, a resident of Partageuse who is desperately hoping to find her husband and baby lost at sea. Australian actor Bryan Brown plays Septimus Potts, Hannah’s wealthy, inﬂuential father, while Jack Thompson appears as Ralph, a salty, sea-faring skipper.

The in-home release of “The Light Between Oceans” will carry audiences even deeper into this timeless tale of love and impossible choices through never-before-seen bonus features, including a documentary which reveals writer-director Derek Cianfrance’s unique approach that allowed the all-star cast to embody their characters and examine the power of love; a historical look at New Zealand’s Cape Campbell Lighthouse that serves as Janus Rock, a key element in Stedman’s novel; and insightful and in-depth audio commentary led by Cianfrance.

Season 2 of Australia’s award-winning TV series “The Code” debuts on DVD on Tuesday Jan. 24, from Acorn, an RLJ Entertainment. Season 2 features six episodes starring series regulars Ashley Zuckerman (“Manhattan”) and Dan Spielman (“One Perfect Day”), along with new cast members Sigrid Thornton (“Wentworth Prison”) and Anthony LaPaglia (“Without a Trace”). The political thriller explores the value of freedom of speech and the delicate balance between personal liberty and national security in the digital age, with the rapidly spreading and very real threat of cybercrime and its capacity to bring an entire country to its knees.

Months after unleashing a storm in the Australian government by exposing corrupt officials, hacker Jesse Banks (Zukerman) and his journalist brother, Ned (Spielman), face the threat of extradition to the US on serious criminal charges. Fortunately for them, Australian authorities have an explosive case they cannot crack, and Jesse might have the skills they need to do it.

The government’s target is the brilliant but volatile Jan Roth (LaPaglia), proprietor of an online bazaar of illegal weapons, drugs, and dangerous ideas. Exchanging Jesse’s computer expertise for their freedom, the Banks brothers and Jesse’s girlfriend, Hani (Adele Perovic, “Fell”), delve into Roth’s dark world. But getting close to Roth could cost the trio not only their lives, but also all that they hold dear.

The Aussie series has won several awards, including six Academy of Cinema and Television Arts awards (Best TV Drama Series), the Australian Directors Guild Award for Best Direction and the Australian Writers Guild Award for Best Television Miniseries. The two-disc DVD set has an SRP $39.99 and can be purchased at AcornOnline.com. “The Code: Season 2” made its U.S. premiere last October on Acorn TV, the premier streaming service for world-class television from Britain and beyond. The box set includes a 28-minute behind-the-scenes featurette.

Warner Bros. Home Entertainment is set to release “Peanuts by Schulz: Snoopy Tales,” an all-new animated collection featuring cartoons from the newly launched Peanuts cable television series. This collection includes 32 shorts, which are based on the iconic, print comic strip created by beloved cartoonist Charles Schulz. Viewers can take a nostalgic trip, revisiting some of Schulz’s most endearing Peanuts themes spanning more than 50 years. Peanuts by Schulz: Snoopy Tales” will be available in stores Tuesday Jan. 24. It will retail for $18.94 SRP.

This beautifully animated series captures the adventures of Charlie Brown, his lovable beagle, Snoopy and the rest of the Peanuts gang. It’s the first new animated Peanuts cartoon series in more than 10 years, and presents viewers with stories from the original, print comic strips as told through a series of beautifully animated vignettes.  Whether pestering Charlie Brown for a snack, battling Linus for his blanket or snoozing the day away with Woodstock, Snoopy once again proves that he’s not your ordinary dog. Peanuts premiered in the U.S. on Boomerang, Cartoon Network’s sister station last year.

Cartoon Network’s Emmy and Peabody award-winning “Adventure Time” returns with “Adventure Time: Islands,” an eight-part journey into Finn the Human’s mysterious past beginning Monday, Jan. 30 at 7:30 p.m. ET/PT on Cartoon Network. The four-night special event will answer one of the series’ most-asked questions: What happened to the humans? But first, fans can see Islands on DVD, iTunes, Amazon Video and Google Play ahead of its linear premiere. All eight episodes, plus exclusive new content including animatics, an art gallery and song demos will be available on Tuesday Jan. 24 for the suggested retail price of $14.97.

In “Adventure Time: Islands,” Finn (voiced by Jeremy Shada), Jake (John DiMaggio), BMO (Niki Yang) and Susan Strong (Jackie Buscarino) leave the Land of Ooo to embark on a quest of epic proportions across the ocean and into new lands—encountering new creatures, discovering new islands and using teamwork along the way.