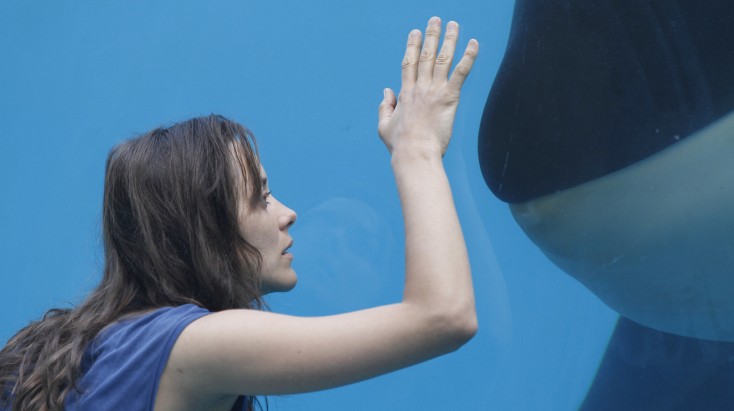 HOLLYWOOD—Since her Academy Award-winning performance as French chanteuse Edith Piaf in 2007’s “La Vie En Rose,” Marion Cotillard has enjoyed a productive and highly visible career in Hollywood. Christopher Nolan tapped her for multi-layered sci-fi drama “Inception” and again cast her in this year’s “The Dark Knight Rises.” In 2011, Woody Allen cast her as Owen Wilson’s love interest in his nostalgic comedy “Midnight in Paris,” and Steven Soderbergh tapped her for his thriller “Contagion.”

With the French-language “Rust and Bone,” Cotillard returns to her roots. She plays Stephanie, a marine animal trainer at a public aquarium who suffers a terrible accident and must overcome both the emotional and physical injuries that result. A budding friendship with Ali, a young widowed fighter (Belgian actor Matthias Schoenaerts) with anger management and commitment issues complicates that journey.

As an animal lover, Cotillard had to overcome her personal dismay over aquatic theme parks and do her job as an actress. “Rust and Bone” is directed by noted French filmmaker Jacques Audiard and based on Craig Davidson’s short story collection.

Cotillard, who lives with French actor-director Guillaume Canet with whom she has a year-old son, Marcel, spoke about playing an emotionally as well as physically disabled woman who must rebuild her life.

Q: What was the challenge of playing a character dealing with not only the physical but emotional scars following her debilitating injury?

Cotillard: I never really see a challenge. It’s just an exploration of a story. What was different from the other thing I did before, when I read the script, even at the end of it, Stephanie was still a mystery. That was a mystery that Jacques and I needed to solve. Usually when I work, I need to explore every bit of the character. I need to know who this person is entirely. I realized that mystery she was not to be solved entirely because it is part of who she is.

Q: What was it like working with the killer whales?

Cotillard: What was most difficult for me was going into Marineland (in Southern France), because I don’t feel comfortable in a place like that. So I needed to regard the animals as animals and not as something that was turned from an animal into a clown—an animal who does a flip when you ask it to do it. The first day I thought it was kind of horrifying when I would ask (the whales) to do something and they would actually do it. I thought the connection was easy to have because I would give them some fish and they would do whatever I wanted them to do if I did the correct gesture. On the second day I had a rehearsal for the scene (where the whale swims up) behind the glass, and that was not choreographed. It was basically improvisation with the gesture that I knew. That day I had a real communication with the whale, and that changed everything for me.

Q: Was it a challenge being confined to a wheelchair for much of the movie?

Cotillard: No. It was never an issue. The CGI guys were really talented and were really fast. They were very discreet on set when they were with us. The fact that I have legs never got in our way. I wore green socks and they erased my legs (digitally). We had funny moments because I had to put my legs in certain positions so I wouldn’t throw shadows on Matthias’ back in some scenes. We actually had fun doing it.

Q: Did you know Matthias before you made this?

Cotillard: No, we didn’t know each other. I didn’t know Matthias’ work. I saw (his Academy Award nominated) “Bullhead” after we made this movie. We met before we started shooting when we had a reading of the script with Jacques.

Q: What was your most difficult scene?

Cotillard: I don’t know. There was one that was hard because it was technical. It was when I had to swim in the sea. First of all, it was freezing. It was late October. Secondly, a jellyfish stung me and the camera was not working. I knew if I got back on the (safety) boat, it would take longer to set up the shot again. So I stayed in the water and let the jellyfish sting me. Man, it burns. I didn’t allow anyone to pee on me.  (She laughs.)

Q: What was the most emotional scene?

Cotillard: It was after (Stephanie and Ali) make love for the first time. I felt something I’d never felt before while working. I felt very moved for my character that she was about to live something very special because it’s the first time she has sex with no legs. I was very moved because I was so happy for her.

Q: Have you ever had to show courage through adversity?

Cotillard: I cannot compare my personal struggle with someone who’s lost her legs. I hope I never know what it feels like, but we all have struggles in our lives. The value that my parents gave me is that I trust existence.

Q: What initially attracted you to this the story of Stephanie? And, after playing her, did you feel the same way?

Cotillard: As I said, when we started working—in fact, before we started shooting—Stephanie was a big mystery to me, and we tried many things to (understand) her. Then, one day, Jacques told me she’s a cowboy. I thought it was kind of genius. From there, everything found its place. At the end of it, I didn’t expect to be so moved by her.

Cotillard: She turned anger into power. That’s a cowboy thing, right? (She smiles.)

Q: You mentioned it was difficult for you to go to Marineland. In terms of working with people that work with the animals and learning the skills of communicating with them, was there anything that changed your mind about why animal theme parks exist and whether they serve a purpose in bringing awareness to people about these animals?

Cotillard: That’s a tricky thing because on my first day of production I arrived five minutes before the show and watched it. I thought it was horrifying. My trainer turned to me after the show and said, “Did you like it?” And I thought, what am I going to answer? Am I going to lie or am I going to tell the truth? I couldn’t lie, so I said, “No. I hated it, but I don’t want you to think I’m disrespectful.” Those people, they have a passion. They’re passionate about what they do. They love the animals. They made my job easy because passion is contagious. Yet I will never go back to Marineland. The ethics of these animal parks is an open question because some people won’t ever have the possibility because of money or whatever to see whales in their natural environment. Sometimes it can raise an awareness and desire to save those animals. I have this example, maybe it’s silly, but I remember when “Finding Nemo” came out. This was a story about how we shouldn’t take these fish out of their natural environment. And yet, after the movie came out, there was an explosion of clown fish sales. That was something I couldn’t understand because the message of the movie is don’t take them out of the ocean to put them in an aquarium. So sometimes I don’t know. I wonder if Sea World or Marineland really make a difference.

Q: How was it working with Jacques on this?

Cotillard: His search for authenticity sometimes takes many forms, and the exploration that we sometimes had on set was very interesting because we would try different things, sometimes totally opposite things than I expected. The way we would choose at the end would be richer than all the exploration of all the other ways that we didn’t take, but the experience or journey toward that authenticity.

Q: What was it like being a new mom while working on this?

Cotillard: I usually never talk about my personal life but my personal life was totally stuck to this project because I had my baby with me during the shoot, and he was very very young and the crew was really amazing with me. It was not easy for me or anyone else around me on set. (She laughs.)

Q: How is it going from a big studio film like “Dark Knight Rises” to a smaller film like this?

Cotillard: I feel lucky that I can travel from a very special universe to another special universe. My experience in Hollywood with a blockbuster is only because it’s a blockbuster written, directed and produced by Christopher Nolan, who’s not a studio director. I had propositions of other big movies from other big name Hollywood directors and I thought this guy is here just because they need a director. But it’s not the most important thing in his life to tell this story. I need to work with directors who have the need to tell a story and Christopher Nolan is a director who needs to tell stories.