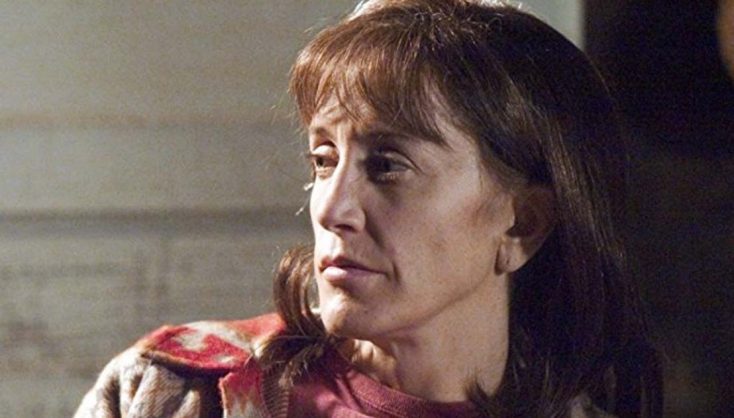 HOLLYWOOD—Felicity Huffman toiled away for 20 years in short-lived television shows, Broadway plays and independent films in the shadow of her successful husband, actor William H. Macy (“Fargo,” Shameless”), before landing the part of Lynette Scavo in the TV series “Desperate Housewives” and subsequently the independent film “Transamerica,” in which she played a transgender woman, resulting in a Golden Globe nomination for both, and an Academy Award nomination for the latter.

Over the years, the workhorse actress had an opportunity to with her equally gifted husband, with whom she has two teenage daughters. She now co-stars alongside him in the independent comedy “Krystal,” which he also directs. The real-life couple play the overprotective parents of a teenage boy (“Love, Simon’s” Nick Robinson) with a mild heart condition. Because any form of excitement could set his heart racing up to 200 beats per minute, Wyatt (Nick Robinson) has never experienced thrills, including romance, like other boys his age. But when he meets a single mother with a sketchy past, he throws caution to the wind in pursuit of love. The modestly budgeted film boasts a stellar cast including Oscar winner Kathy Bates (“Misery”), William Fichtner (“Prison Break,” “Independence Day”) and Rosario Dawson (“Rent,” “Luke Cage”) as the title character.

During a day of non-stop interviews, Huffman barely has time to take a break for lunch. She apologizes for munching on a Luna bar to keep her energy going as she eagerly promotes her new movie.

Q: I’d bet this film was fun to do, not only because of the actual script and this crazy mom character of yours, but also that you get to work with your husband again.

Huffman: Bill (Macy) and I started working together when I was 22, so we have a long history. We have a long shorthand. We’ve fallen into a lot of the pitfalls. We’ve made mistakes with each other. We’ve had fights. Now we’re at a place where it’s very easy, it’s very comfortable, and it’s joyous. When we wake up in the morning, we have to go down—when we get to go to the set together or drive to the set together and we have the same trailer, it’s just so fun.

Q: So this wasn’t your first rodeo with him, but he was initially offered it as an acting role only and then said, “Hey, I think I might like to direct this.” Did you have any influence in that? Did you say, “Hey, Bill, it might be a good thing for you to direct”?

Huffman: No, it was the first script that came across his desk that he went, oh, I want to start directing. Then it took so long that he did two other movies in the interim, but my input was, Rachel (Winter, the producer) worked on this for 14 years and Bill worked on it for 11, or something. There were so many heartbreaks and so many times where it was coming together and then fell apart. I started thinking of it as like a bad boyfriend and I kept saying to him, “Break up with this movie, please break up with this movie. It’s making you miserable.” Thank God, he didn’t listen to me and neither did Rachel, and he did it.

Q: When did you come on board? Was it when Bill agreed to star and direct it?

Huffman: Bill didn’t want to act at all because it’s so hard to direct and act at the same time. He’s active for so many years, and this is his fourth movie. But when finally they were having trouble casting the Wyatt character, he went, okay, we’ve got all the other pieces, I’m not going to slow it down, I’ll do this part. The minute he went, I’ll play Wyatt,” then he turned to me and said, “Will you play Poppy,” and I said, “Yeah,” Wyatt and Poppy.

Q: You were already familiar with the script by the time you went into production, so you knew who Poppy was. She loves her kids. She might be a little overprotective, overindulgent with her son, Wyatt. Is that because of his heart condition?

Huffman: Yeah, it is.

Q: Those rapid heart palpitations might also be brought on by the fact that he is so protected and the fact that his parents haven’t really let him indulge in the things that teenagers do that he has become. It’s a chicken and the egg thing.

Huffman: Yes, self-fulfilling prophecy, kind of. But, no, I don’t think so but I understand how you would think that, and I think a lot of parents who have special need children or children who have this kind of physical health problem, that I think outsiders can look and go, you know you might be creating that yourself, but I don’t think they are, although I’m sure there’s a small percentage that is. You have to understand that as a parent, what you want to do is keep them alive.

If it’s the choice between, well let’s see, you could go and play football or I could keep you alive; you go, I’m going to keep you alive, don’t play football. You could go joyriding, get drunk with your friends, or you could stay alive. So I think she’s overprotective because of the health history of Nick Robinson’s character, not because she’s a Southern poet that she knows her other son who is also an artist. It’s a family of artists, and usually there’s a lot of room for oddities and bizarre behavior. That gives you a lot of room.

Q: The dinner scene and the pre-dinner scene where all hell breaks loose and then people get tossed over couches and things like that, that looked like that was a lot of fun but also probably a very tricky choreography involved with all that. Can you talk a little about shooting that scene?

Huffman: Yeah, sure. Bill was smart about that because the timing is really important and the rhythm, obviously, comedy, so we got to rehearse that scene quite a bit which meant that when we were in front of the camera, we got to fly with it, once you have the structure then you can go for the chaos, but it was so much fun. The rhythm was fun, and the jumping up the table was fun. Nick Robinson and Grant Gustin are these young, fit guys, so everyone was going, careful, careful. They’re like, “No, I’m fine,” as they jumped on the table and leaped on each other. It was really fun.

Huffman: We had that moment where one of our daughters was being picked up by a guy, and you know what they used to have to do back in the Paleolithic period is they’d come and knock on the door and in they come and so you’re like, hello. Well suddenly our daughter is going for the front door, and Bill goes, “Where are you going?” She goes, “He’s here. He texted me.” Bill looked at me and I looked at him, and he went, hang on, and he started to follow Sophia out the door. She said, “No, no, no,” and he said, “I’m meeting this young guy.” So he goes out, opens the gate, there’s the guy in the car and bends down. He’s like, hi, gives him the eye, like, she’s my daughter, you bring her home in one piece. So we’ve had that moment, but it’s the modern-day version of that with texting and you have to run after them and go, wait a second, you have to meet me.

Q: Dates used to summon you with a car horn back in the old days.

Q: You have some funny lines in this. Was that all in the script or did you get an opportunity to do some ad-libbing?

Huffman: No, God, I’m not ad-lib girl at all, so that was all scripted. Will Aldis wrote a really funny, funny script, so I just got to do it. I think there might have been some rhythm things that Bill went in and maybe he would cut a word here or land on pussy or land on something, but it was scripted.

Q: You guys shot this down in Georgia and all of you had to have that Savannah-like accent. I think it’s Savannah. I’m not sure, but it seemed to me Savannah-like. Did you have the same vocal coach or dialect coach for that or how did that go?

Huffman: We did. Since it was an indie film, all the actors paid for their own vocal coaching which is very expensive, worth it but very expensive. I think the boys are less than Bill and I, in terms of the depth of the accent, and we justified that by saying, I think these two are more from Mississippi or something, so it’s that Southern, slow drawl, as is Kathy Bates’ character, but we all tried to be somewhat on the same page.

Q: Speaking of Kathy Bates, you have an outstanding cast, including William Fichtner as the crazy ER doctor at the local hospital.

Huffman: Oh, my God. William Fichtner is so funny. He’s just so on point.

Q: And the younger cast members—Nick Robinson and Grant Gustin? What were they like?

Huffman: It was so serendipitous because casting indie films is tough, one, because everyone is working in television, you have no money, and you’ve got to make sure this person is available while this person is available. There are eight great parts in this, maybe 10, so that’s a scheduling nightmare, but the gods lined up and Bill got an amazing cast. Grant Gustin is infinitely charming, and Nick Robinson is infinitely tender and sweet and has his own charm, and my girls were very thrilled about Nick Robinson, that’s for sure. He came over the house for dinner, and they were swallowing their tongues.

Q: Nick’s on fire right now, with “Love, Simon” and “Jurassic World.” You were lucky to get him before his star was on the rise.

Huffman: I know. Isn’t that perfect?  It was lovely watching all of them, and Rosario (Dawson). It’s always an education to watch a great actor.

Huffman: Let’s see, I’m doing a very small part in my friend, Davey Holmes’ series called “Get Shorty.” I just wanted to work with Davey. Davey wrote for “Shameless” (which starred Macy) for a long time, and Bill said, “This guy, this writer, he’s brilliant,” so I wanted to work with him. Then I’ve got about three projects that I’m trying to produce on TV.