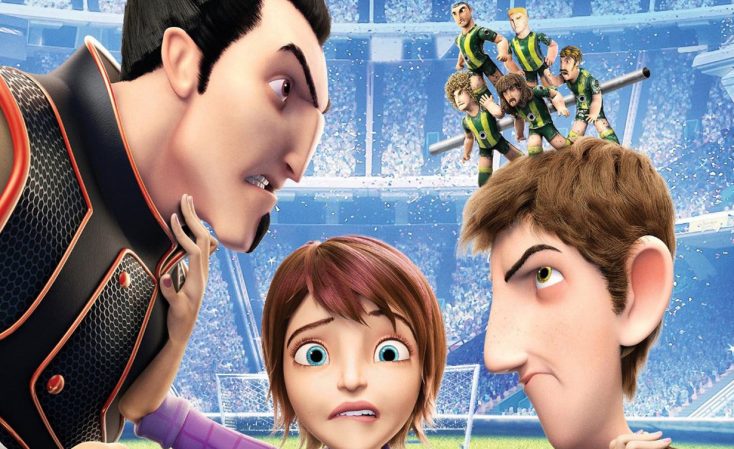 Charlie (Terrence J) is a bachelor who’s convinced that relationships are dead despite attempts by his therapist sister (Patton) and his friends to tell him otherwise. On a bet, he decides to stay with one woman for one month to prove that he is immune to love. Soon, he meets the beautiful and mysterious Eva (Ventura) and coaxes her into a casual affair. But as Charlie spends more time with Eva, he begins to question whether he may actually want more than just a one-night-stand.

Based on a story by Dana Verde, the screenplay by Brando Broussard and Gary Hardwick is directed by Bille Woodruff.

“The Perfect Match” home entertainment release contains several special features, including audio commentary with the cast and crew, two behind-the-scenes featurettes, and a compilation of footage too fun to leave out. Both the Blu-ray and DVD editions include Digital HD and retail for the suggested retail price of $19.99 and $19.98, respectively.

“Underdogs” follows Jake (Morrison), a shy, but talented, foosball player, whose passion for the game is rivaled only by his love for free-spirited Laura (Grande). With her encouragement, he beats the town bully, Ace (Hoult), in a foosball game. But everything changes when Ace becomes the world’s best soccer player and returns years later to turn their village into a new sports stadium. He starts to destroy everything and kidnaps Laura in the process. Just when it looks like all hope is lost, the toy figures from Jake’s foosball table come to life! He and the players embark on a wild adventure to save Laura and reclaim their village. With the help of his team, his town, and a little bit of magic, Jake will try to save the day.

Including eight bonus “In the Recording Booth” featurettes with the stars, “Underdogs” will be available on DVD for the suggested retail price of $19.98.

In “Card Wars,” Finn and Jake play an epic card game, but when Jake becomes overly competitive and insists on playing for a “cool guy cup” and the “dweeb cup,” hilarious antics ensue.

To top it off, the DVD includes an exclusive “Card Wars” playing card, compatible with the “Card Wars Doubles Tournament tabletop game, slated for release in August. “Adventure Time: Card Wars” is available for a suggested retail price of $18.94.

Warner Bros. Home Entertainment is set to release “Person of Interest: The Complete Fifth and Final Season” on Blu-ray and DVD. Available Tuesday July 19, the final season will include all 13 season five episodes plus the “Finale for the Fans” featurette, the show’s 2015 Comic-Con Panel and more bonus content. Season five finds the team of covert crime fighters faced with the potential demise of The Machine as its rival, Samaritan, begins to take control. The release will retail for $39.99 for the standard DVD edition and $44.98 for the Blu-ray edition. “Person of Interest: The Complete Series is also available on Blu-ray and DVD on July 19 for $169.99 and $129.99, respectively.

In season five, the cold war is over. The world might appear to look the same, but something has drastically changed. Samaritan’s lethal “correction” has initiated its control. Finch’s Machine is essentially dead. Shaw is still missing. And the team is once again hiding in plain sight. But with Samaritan’s invisible grip tightening everywhere, it’s incumbent on Finch to rebuild and resurrect The Machine to its former capability.

“The Magicians Season One” is available on Blu-ray, DVD and Digital HD from Universal Pictures Home Entertainment on Tuesday July 19.

In the hit Syfy series, viewers meet Quentin Coldwater (Jason Ralph, NBC’s “Aquarius”), a brilliant grad student chosen to attend Brakebills University for Magical Pedagogy, a secret upstate New York university specializing in magic. Based on Lev Grossman’s New York Times best-selling fantasy trilogy and produced by Universal Cable Productions, the series follows Quentin and his fellow grad student friends who soon discover that the magical fantasy world they read about as children is all too real—and poses grave danger to humanity.  Fans everywhere can now experience the drama along with its impressive special effects by owning all thirteen episodes of the captivating thriller.

Unlike the televised first season, the Blu-ray and DVD versions are uncensored and include a behind-the-scenes look into the world of the magicians with commentary from the actors and producers and a limited time only lenticular package that brings the magical realm to life.