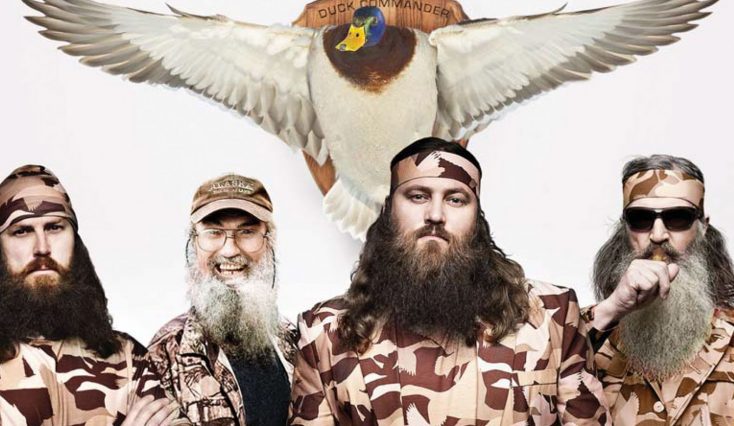 Three-time Oscar winner Meryl Streep (“The Iron Lady,” “Sophie’s Choice,” “Kramer vs. Kramer”) has a history of singing in film. From “Postcards from the Edge” to “A Prairie Home Companion,” from “Mamma Mia!” to “Into the Woods,” from “Ironweed” to “Ricki and the Flash,” the New Jersey native has showed her ability to tackle a variety of musical styles. Most of them time, she plays characters that sing well. In “Florence Foster Jenkins,” she plays a mid-20th century New York socialite who doesn’t.

Jenkins was a real-life 20th century socialite who wanted more than anything else to be an opera singer even though she has marginal singing skills who, nonetheless, manages to win over listeners with her enthusiasm (and a little graft, courtesy of her enabling mate), culminating in a concert at Carnegie Hall.

Jack Huston plays the title role in the remake of “Ben-Hur,” available Tuesday Dec. 13 in a Blu-ray Combo Pack (Blu-ray, DVD and Digital HD) as well as DVD and On Demand. Best known for his depiction of a badly wounded World War I veteran turned gangster in “Boardwalk Empire” Huston is the scion of an acting dynasty that dates back to his great-grandfather Walter Huston.

Keith Clarke and John Ridley wrote the screenplay from Lew Wallace’s timeless novel, “Ben-Hur: A Tale of the Christ,” which inspired not only the 1959 film starring Charlton Heston but also the 1925 silent classic. Executive produced by Mark Burnett and Roma Downey, who have carved out a lucrative niche in Hollywood making faith-based films and TV productions, “Ben-Hur” includes much more of Jesus Christ (played by “300’s” Rodrigo Santoro) in this incarnation.

Huston plays a Jewish prince falsely accused of treason by his adopted brother Messala (Toby Kebbell), an officer in the Roman army. Stripped of his title and separated from his family, Judah Ben-Hur is forced into slavery. After years at sea, he returns home to seek revenge, but instead finds redemption. Under the tutelage of Ilderim (Morgan Freeman), he becomes a chariot driver, who can win his family’s freedom in a do-or-die race that includes Messala. Ben-Hur crosses paths with the Messiah once when he is injured and again on Christ’s path to his crucifixion. In just those fleeting moments, he learns about forgiveness and faith.

The Blu-ray Combo includes a featurette called “Ben-Hur: The Legacy,” another about the epic’s cast, “A Tale for Our Times,” featurette, “The Chariot Race” deconstructed, deleted and extended scenes and music videos. “Ben-Hur” also is available on Digital HD.

Roger (Killam), a straight-laced politician, has big plans to propose to his dream girl (Jacobs) at her family’s lake house. But everything goes awry when he meets his potential brother-in-law Todd (Moynihan): a full-time camp counselor with a heart of gold and a wild sense of fun, pining to be Roger’s best friend, and ultimately catapulting him into a series of unfortunate events.  As Roger tries to take a stand amidst outrageous fishing excursions, propulsive water jetpacks and American history-themed musicals, he realizes that being a part of a new family may be more difficult than he’d thought.

“Little Men” arrives on DVD and Digital HD from Magnolia Home Entertainment on Tuesday, Dec. 13. From Director Ira Sachs (“Love is Strange”) and starring Oscar nominee Greg Kinnear (“As Good as it Gets”), Jennifer Ehle (“Zero Dark Thirty”), Paulina Garcia (“Narcos”) and Emmy nominee Alfred Molina (“Whiskey Tango Foxtrot”), the drama takes an in-depth look at the innocence of young relationships and the inevitable evolution of human connections. The drama delivers a heartfelt narrative through Theo Taplitz and Michael Barbieri as Jake Jardine and Tony Calvelli in their debut performances.

John Stuart Wildman’s grindhouse-style film “The Ladies of the House” arrives on DVD Tuesday Dec. 13. The story follows the fate of two brothers, Jacob and Kai, who, along with their friend Derek, go to a dance club to celebrate Kai’s birthday. After Derek convinces the other two to follow one of the dancers home, things take a tragic turn. However, that is simply the beginning of the nightmare for the young men, because her roommates (Getty, Lin and Crystal) aren’t just fellow dancers, they are also cannibals with a fierce sense of home and family—and a taste for men. When Kai quickly falls victim to Getty and Lin and is on his way to becoming the centerpiece of that evening’s meal, Derek tries to figure out how to escape while Jacob discovers his survival may hinge on the twisted desire and whims of Crystal, the beautiful and sociopathic “baby” of the family.  With a screenplay by Justina Walford and Wildman, the film stars Farah White, Melodie Sisk, Brina Palencia, Samrat Chakrabarti, and Michelle “Belladonna” Sinclair and was produced by White, Wildman, Walford along with Adam Dietrich.

Extras include deleted scenes and an alternate ending with director commentary. There are also several behind-the-scenes interviews with cast members, the director, writers and special effects crew, the trailer and a special reversible cover featuring the film’s pulp fiction-throwback movie poster. The feminist thriller is available at http://mvdshop.com/products/ladies-of-the-house-dvd and amazon.com.

The documentary “Britain’s Bloody Crown” arrives on DVD Tuesday Dec. 13 from Acorn. Presented by award-winning journalist and acclaimed historian Dan Jones (“Britain’s Bloodiest Dynasty”), this four-part series reveals the true history of the Wars of the Roses like never before. Scripted reenactments combine with Jones’ unique storytelling to bring to life a tale of human frailties, rivalries, forced hands and sheer luck that changed Britain and the monarchy forever.

Nearly 600 years ago, England was nearly ripped apart by a series of bloody battles for the throne. The Wars of the Roses, as the conflicts became known, were fought between the rival houses of Lancaster and York as they contended for supremacy. Over the course of three decades, the crown changed hands seven times, and thousands of people lost their lives. It was one of the most turbulent and violent periods of British history.

Jones, a noted historian and journalist, studied under David Starkey at Cambridge and has written several bestsellers about the English medieval period, including “The Plantagenets” and “The Wars of the Roses.” The 2-disc box set is available for $39.99 SRP)

The complete first season of Acorn TV’s Aussie-Kiwi dramedy “800 Words” makes its DVD debut Tuesday Dec. 13 from Acorn, an RLJ Entertainment brand. The heartwarming Aussie-Kiwi dramedy follows newly widowed George Turner’s (Erik Thomson, “Packed to the Rafters”) decision to start again and take his teenage kids from Sydney to a picturesque and quirky New Zealand coastal town. But the colorful and inquisitive locals ensure his dream of a new beginning does not go as planned. The series co-stars Rick Donald (“A Place to Call Home”) as Woody, Melina Vidler as George’s daughter Shay and Benson Jack Anthony as George’s son Arlo.

Available Tuesday Dec. 13 on DVD is Season 3 of the acclaimed Canadian crime series “19-2,” starring Adrian Holmes (“Arrow”) and Canadian Screen Award winner for Best Actor Jared Keeso (“Falling Skies”). As partners in the Montreal Police Department, Nick (Holmes) and Ben (Keeso) must put their personal differences aside. At the start of Season 3, the squad in Station 19 struggle to recover from the revelation that their beloved sergeant was a pedophile and a mole for organized crime.  Nick, rocked with guilt over his involvement in a murder, seeks closure by trying to find out what happened to his missing cousin Kaz. Meanwhile, Ben finds love and happiness with Nick’s sister, Amelie, but struggles with the family he thought he’d left behind in Morin Heights.

This gritty, International Emmy Award-nominated drama comes in a 3-disc DVD set with all 10 episodes of the third season as well as a 13-minute bonus feature entitled “Ride-Alongs.” The set is available for a SRP of $49.99.

Catch up with the Robertson family’s hilarious Southern antics when the latest installment of the highest-rated nonfiction series on cable, “Duck Dynasty: Season 10,” which arrives on DVD Tuesday Dec. 13 from Lionsgate. Throughout the season, the Robertsons conquer new milestones while showcasing their down-home Southern charm. Willie and Korie celebrate their 25th wedding anniversary as well as introduce fans to their newly adopted son, Rowdy.

Additionally, Jase’s son Reed surprises his girlfriend with a marriage proposal in New York City, Si goes to court to fight a parking ticket, Sadie checks out colleges and the family pulls together when a storm hits West Monroe, La.

Regarded as the highest-rated nonfiction series on cable, “Duck Dynasty: Season 10” includes all 14 episodes on three DVD discs plus never-before-seen-on-TV deleted scenes. It is avalable for the SRP of $19.98.

Calling all hip-hop fans. Just in time for the holidays, Front Row Features is giving away a copy of the documentary miniseries “Streets of Compton” on DVD. (You also can buy the DVD when it becomes available for purchase Tuesday Dec. 13.) Produced and narrated by rapper The Game, the miniseries explores the rise of West Coast hip-hop as told through the eyes of its current and former residents. In stores the DVD retails for $14.98, but one lucky reader will win their copy for free. To enter the contest, simply send an email to socalmovieeditor@aol.com by Tuesday, Dec. 20 for your chance to win. Good luck!