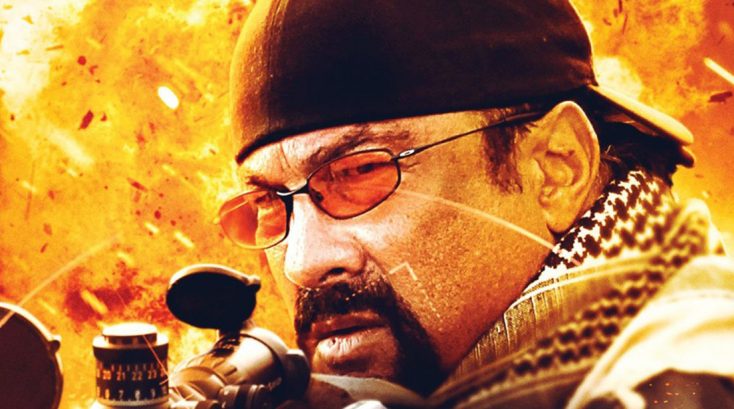 “Joseph & Mary” follows Elijah (McCarthy), a devout Rabbi, during a time of unrest when King Herod’s slaughter of innocents claims the lives of two boys Elijah swore to protect.  Elijah makes it his life’s mission to avenge their deaths, but when he meets Joseph (Sorbo), Mary (Chorostecki) and their young son Jesus, the beliefs fueling his revenge are put into question. When the time comes to face his life-long enemy, Elijah finds himself warring within whether or not to kill or choose forgiveness.

Seen recently in theaters and available on iTunes, “Vigilante Diaries” centers on a team of black-ops agents turned crime fighters, led by an elusive, brooding anti-hero of near-mythical physical and weapons skills, known only as The Vigilante (Sloan). Abandoned by governments, corporations and his handlers and with a bounty on his head, The Vigilante’s jam-packed missions of rescue and revenge take the audience from the mega-mansions and underbelly of Los Angeles to far-flung locales including Iraq, Armenia, Russia and the UK.

The film introduces a cast of colorful and dangerous characters. Mewes plays Beverly Hills documentary filmmaker Michael Hanover, who records the exploits of The Vigilante and is thrust headfirst into the middle of the story he is documenting—becoming a high-value target himself in the process. Mix in a trio of Asian femme fatales, a cadre of ruthless Armenian mobsters, and at the top, a pair of deep cover super-spies determined to throw the world into chaos, and it’s no wonder it’s up to The Vigilante to sort them all out.

The DVD, Blu-ray and Digital HD have a ton of bonus materials including a behind-the-scenes featurette.

Evil goes viral when “The Levenger Tapes” arrives on DVD (plus Digital) and On Demand July 5 from Lionsgate. Johanna Braddy, Lili Mirojnick, Morgan Krantz, and Chris Mulkey star in the terrifying found-footage thriller.

When three college students inexplicably disappear, a team of small-town detectives must scour through disturbing videos left behind to try and piece together their whereabouts. As the clues come to light, it seems their disappearance may be connected to another sinister crime. “The Levenger Tapes” will be available for a suggested retail price of $19.98.

Calling all Steven Seagal fans! Front Row Features is giving away a copy of Lionsgate’s “Code of Honor” on Blu-ray to two lucky readers. Simply email socalmovieeditor@aol.com for your chance to win. The release also includes a Digital HD copy of the movie so you can watch every action-packed moment on the go. All entries must be received by Tuesday, July 12 to be entered into the drawing. Good luck!