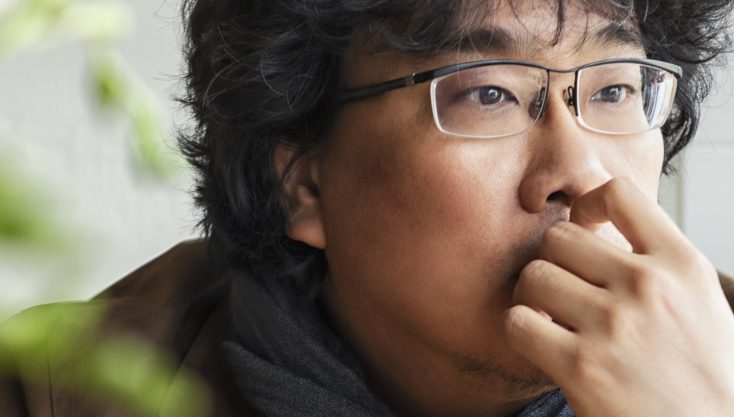 HOLLYWOOD—Bong Joon Ho doesn’t see his dark comedy “Parasite,” in which a working-class family finagles its way into service jobs handled by others for a well-to-do family, as particularly politically charged or a commentary about social injustice. The South Korean filmmaker sees it, along with his previous acclaimed films including “Okja,” “Mother” and “Snowpiercer,” simply as genre films, which are dictated by story and characters.

Though Bong, 50, has amassed countless fans in the West ever since his horror/action/drama horror feature “The Host,” crossed the ocean 13 years ago, he hasn’t yet answered the siren song of Hollywood. He says he’d rather maintain creative control over his work than make blockbuster films that often are crafted by committee. In fact, he finds that idea kind of scary.

After a successful run on the film festival circuit, including winning the coveted Palm d’Or at Cannes earlier this year, the alternately humorous and downright scary “Parasite” is ready to creep into theaters.

Through a translator, Bong (who speaks some English and apparently understands it fluently), spoke about his newest film, which is in Korean (with English subtitles). The Kim family lives in a dank basement apartment downhill (literally and figuratively) from the upscale modern house owned by the Parks. Ki-woo, the youngest Kim, lands a job as a tutor to the adolescent daughter of the Parks. Spotting opportunities within the Park household for his unemployed parents and older sister, Ki-woo and his family one by one unseat the existing staff by setting them up to get fired without revealing they are actually related to one another. Then, a dark discovery is made within the architecturally designed home that threatens to expose the Kims’ secret. Around the same time, a storm floods their home and the Parks’ nonchalant reaction to their plight infuriates the Kims even more.

Q: What inspired you to make this film?

Bong: Like all artists, I draw inspiration from personal experiences. When I was in college, I worked as a tutor, which is very common for Korean college students. It didn’t happen all the time, but sometimes I’d tutor for very rich families. One time, I was fired after two months because they were very particular. Usually, it’s not easy to look at the private spaces of a family home but, for this family, the boy I tutored gave me a tour of the entire house. He was showing off his house. So, I got a chance to look at every corner of this rich house and I have a lot of vivid memories of that time. It was kind of like I was spying on the private lives of complete strangers. They had a private sauna on the second floor like I have in the house in the movie. At the time, I was quite shocked—a sauna in the house, unbelievable! The boy was very proud of it.

Q: This film reveals the class structure that is specific to Korea, but it also seems like these differences are universal. Was that intentional?

Bong: At first, I was amazed at the response (from international audiences) because I thought this film was full of Korean details. Also, the actors’ performances are filled with Korean nuances. So, at first, I wondered whether international audiences would be able to sympathize with the story. But, ever since we screened the film at Cannes, it seemed that people reacted very similarly to even the smallest details, and even I didn’t understand why.

After Cannes, I was at the Sydney Film Festival, Telluride and Toronto, and the reaction was all the same. Maybe there are no borders between countries anymore because we all live in the same country of capitalism.

Q: Your films break genre rules. Is that something you think about while writing your films or does that just happen through your writing process?

Bong: It’s closer to the latter. When I’m writing the script, I’m busy just thinking about the situation and the characters, and as I write more and more, it almost feels like I’m not writing the story, the story is dragging me along.

A lot of people comment on how I shift tones and mix genres, and I’m grateful for those comments but, to be honest, when I’m writing or shooting, I’m never really aware of it. It’s not something I intend.

If someone forced me to maintain a singular tone throughout the two hours of one film, that would actually be more difficult for me. This mixture of shifts feels more natural.

Q: How was it filming that flood sequence?

Bong: (quips) We actually found a real neighborhood and asked the residents to sacrifice their homes for this film. “This is art—filmmaking! You people must be very supportive.” Just kidding. We built the set in a swimming pool. Actually, it’s a big water tank used for special effects. We built the whole neighborhood and shot it there. The last two days, we made the water look dirty with facial mud packs. It looked dirty but it was actually good for the actors’ skin.

Q: How long did it take to shoot that sequence?

Bong: Two nights, because we really prepared a lot. Also, how high the water comes at each stage of the sequence, and how the toilet spews water and its contents, we tested the pressure and everything. We prepared so much to shoot that sequence. Beyond that sequence, I drew storyboards for the entire film. I don’t shoot coverage. I just shoot as I plan for the storyboard stage from the camera angles we’ve already tested. We ended up using all the shots that we filmed. We didn’t waste much.

Q: What impact do you hope a film like “Parasite” will have on audiences?

Bong: I don’t create films to make the world a better place. I’m a filmmaker that really pursues the beauty of cinema in itself. Of course, if a film is able to have a good impact on the world, that’s great, but it never starts with that specific goal when I plan or design a project. In our daily lives, when we’re just chatting with our friends, we talk about what we ate today, how our love life is going, and, naturally, we talk about Trump or the mortgage crisis. Our daily lives are very mixed with politics, in general, so I always focus on the beauty of cinema and the daily lives of specific individuals. That’s where my interests lie. Already in there is the political commentary; it’s already seeped into those elements. For me, it would be awkward to separate the two.

Q: Which was the easiest and the hardest roles to cast?

Bong: Even before I wrote the script, I had actors in mind for the poor father, the poor son and the original housekeeper. While I was writing the screenplay, I imagined their performances, their speaking style and their facial expressions. So, that was helpful. When I was casting the poor daughter, I realized Park So Dam (who plays Ki-Jung Kim) resembled Choi Woo Shik (who plays Ki-Woo Kim), the actor playing the poor son. I reached out to her when I was nearly finished the script. The film opens with their faces side-by-side.

The most challenging role to cast was the rich housewife (played by Cho Heo Jeong). Western audiences may not know it, but (Cho) hasn’t really played a role like this before. She’s known for playing beautiful and sexy characters. So, (Korean) audiences initially were surprised when they saw her in this. It was a new side of her.

Q: Since this is your fourth film with Song Kang Ho (who plays Kim patriarch Ki-taek), what appeals to you about his everyman quality?

Bong: I consider myself a genre filmmaker and I always create genre films. A lot of my films break these genre conventions but also go back and forth between reality and these genre elements. It’s almost like they’re walking on a tightrope. That’s possible because of Song Kang Ho. No matter how genre a specific scene or moment gets, once they’re filtered through this actor, they all end up feeling realistic and he manages to persuade the audience.

In other Korean films, Song Kang Ho has played the super charismatic heroes but, in my films for some reason, he always plays the idiot-loser, who falls into these very extreme situations. The layers and charming aspects of this actor suits the narratives I create.

Q: If a Hollywood studio offered you $300 million to make your next movie, what would you make?

Bong: When “The Host” was screened in Cannes and Toronto in 2006, a lot of U.S. agencies contacted me. My agent changed after “Snowpiercer,” but my previous agent, who was an amazing guy, brought me a lot of offers to direct franchises and big blockbuster films. But, personally, I have a lot of fears. Until now, I’ve been very lucky as a filmmaker because I’ve always managed to have final cut. There hasn’t been a theatrical version and a director’s cut of my films. It’s always been my vision. But I’ve heard that the bigger the budget, the less creative control you have, and that’s something I’ve always feared. I would never be able to work like that. I’d rather shoot smaller budget films and have all the creative control I can get.

Q: Why is the film called “Parasite” and not “Parasites?”

Bong: During one of our marketing meetings we discussed whether to add an “s” in parentheses, but then we thought it was too pretentious and so we decided to keep the title simple. Also, the story is about the poor family as a parasite but also the rich family are parasites too, in terms of labor—they leach off the poor family’s labor, with driving, housekeeping and tutoring chores.

Bong: I usually let ideas brew and mature over a long period. “Parasite” began in 2013. I’m currently preparing two projects. I started one of them two or three years ago and I’m just working on them, regardless of what happens with “Parasite.” They’re smaller films, on the scale of “Parasite” and “Mother.” One is in Korean and the other is in English. The Korean project, I’ve thought about for a very long time—since 2001. I need to shoot it ASAP or I’ll get sick.

Bong: On sets, actors are what’s most important. I really focus on trying to make them comfortable. I and the all of my crew members have storyboards, and we just shoot according to the storyboard that we’ve planned so there’s no reason to scream or fight with each other. There’s only one thing that I’m very strict about—catering! I always ask, “What’s for lunch today?”