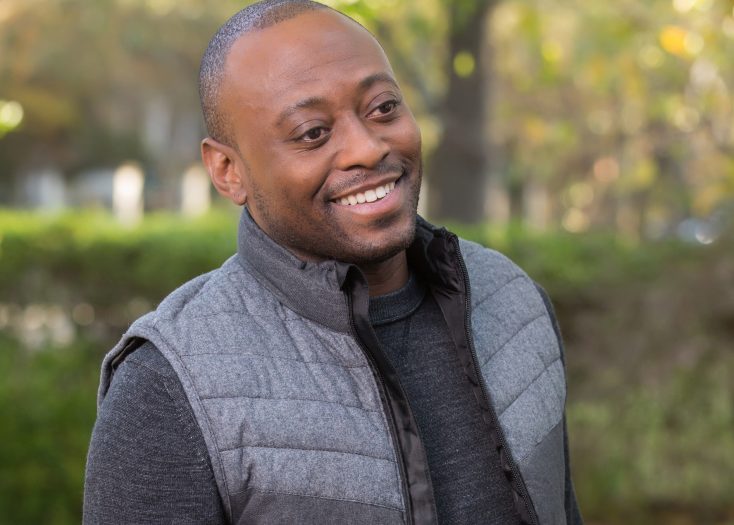 HOLLYWOOD—Omar Epps is calling from a drive-thru. No wonder the former “House” and “Resurrection” star has no time to stop. He’s on a roll with another TV series, USA Network’s espionage drama “Shooter,” set to premiere Nov. 15 at 10 p.m./9C, and the holiday family comedy “Almost Christmas,” arriving in theaters Friday, Nov. 11. So it’s multitasking time for the busy actor.

In “Almost Christmas,” the three-time Image Award winner (for his portrayal of Dr. Eric Foreman on “House”) gets to do something he rarely has an opportunity to do—comedy—in the ensemble. As Malachi, he’s the former flame of Rachel Meyers (Gabrielle Union), a divorcee who has returned with her young daughter to her Alabama childhood home for the holidays to celebrate with her large and somewhat dysfunctional family. There she has to face her more successful older sister Cheryl (Kimberly Elise), too busy to enjoy family time politician brother Christian (Romany Malco) and much younger brother Evan (Jessie Usher). Joining the family gathering is Aunt May (Mo’Nique) and brother-in-law J.B. Smoove, who has a roving eye for the ladies that nearly derails the festivities. It’s the Meyers’ first get-together since their matriarch passed away, and emotions are running high as the siblings get back together at their overwhelmed dad’s (Danny Glover, as Walter) house.

Old feelings are stirred when Rachel and Malachi, who’s visiting his mom next door, reconnect, and yet the former high school sweethearts can’t immediately express their feelings because of a miscommunication that happened years earlier. Malachi will have to prove himself worthy if he is to win over reluctant Rachel.

While waiting for his order, Epps spoke about joining the ensemble, which is written and directed by David E. Talbert (“Baggage Claim,” “First Sunday”) and produced by William Packer, reuniting with Union and returning to series TV playing an ex-Marine and former commanding officer of Bob Lee Swagger (Ryan Phillippe), an expert marksman recruited to stop a would-be Presidential assassin, based on the novel “Point of Impact” by Stephen Hunter, and the 2007 movie.

Q: In “Almost Christmas,” you get to do a little physical and well as verbal comedy in this with Gabrielle Union. At one point, you literally have to pull her out of window, where she’s gotten stuck.

Epps: That was fun to do.

Q: You and she previously co-starred in “Love & Basketball.” What was it like working with her again?

Epps: It was awesome. We’re friends. We’ve known each other through the years. We’d been trying to find something to work together again and this came up and it was great. There was an innocence that we got to play in terms of the characters. It wasn’t like they were all of a sudden making out and having sex. She was a real character; she was carrying a 20-year grudge over, basically, a misunderstanding. There was a lightness that we got to really explore and the characters find their way towards one another, and that was fun.

Q: You had a fun “Say Anything” moment with the boom box. Was that in the script?

Epps: The moment was in the script but it did evolve in terms of certain specifics of the boom box, the mix tape and the naming of the mix tape on the day.

Q: How did you come to the project? You’re one of the few characters that are not part of the Meyers family.

Epps: David Talbert is a friend of mine. He just called me. Will (Packard, the producer) is a friend of mine. We’d been trying to find something to do together and this just kind of lined up. I was shooting the pilot for “Shooter,” and I read the script for this. So I immediately texted David and said I wanted to do it. It was such a good script. It literally was all on paper and the stars aligned, in terms of scheduling and that sort of thing. It all came together pretty fast. I’m just thankful to be a part of this ride.

Q: Your character, Isaac, on “Shooter,” is the same character that Danny Glover, who plays Walter Meyers in “Almost Christmas,” played in the 2007 movie.

Q: Did you know that when you were making “Almost Christmas” and did you have a chance to talk to Danny Glover about it?

Epps: No. We were just doing the pilot in Vancouver. Me and Ryan (Phillippe) were just having fun doing that.

Q: You have a great ensemble cast in this holiday movie. Was there anyone in the cast that kept you laughing throughout?

Epps: Yeah. J.B. (Smoove) and Mo’Nique. There were a lot of times when I wasn’t even in the scenes but I’d show up (on set) just to watch them go at it. It was comedic brilliance, and they would go off-script. For everyone, it was hard to keep a straight face. That was a lot of fun.

Q: Did you come up for a backstory for Malachi? Does he still live at home with his mom even though he’s an adult?

Epps: No. David (Talbert) already had the backstory. Malachi doesn’t live with his mom; he was visiting his mom for the holidays as well. We riffed on that feeling of being back in high school and your mom is yelling out the window at you. That stuff we came up with on the day we shot it. It was fun to do because he was just yelling stuff from behind the monitor, and then they had a voiceover actress come in later and record the dialogue.

Q: You’re literally the boy-next-door in this movie.

Epps: Exactly. That was fun to do because typically it’s the girl-next-door in movies. All those things were fun to play with in that dynamic. Rachel is a woman who was hurt. Some people think she was angry but I think she was hurt. That’s what happens in life. You clam up and are fearful of saying anything (about what’s bothering you). So it was fun to play within the framework of the story to try to open her back up to the thought of love.

Q: With the holidays coming up, how do you plan to celebrate Thanksgiving and Christmas?

Epps: I have my three children and my wife and the family flies in and we do it at my house. I’m the patriarch now. We have fun.

Q: No grudges or jealousies?

Epps: When I go back home—the older family—it depends on how much liquor is had. There’s always that; it’s a part of life. Everyone has a cousin or aunt or sibling with grudges. There are some people you only see during the holidays so all that history comes spilling out.

One of the brilliant things about “Almost Christmas’” story construction that David (Talbert) created is that this family is in mourning. It’s the first holiday without the family matriarch. Each character is carrying their grief so that only exacerbates all the other issues. They finally wade back into love and unity. That’s one of the great takeaways for the audience. The holidays are tough times for some people depending on what happens.

Q: How excited are you about “Shooter,” premiering Nov. 15 on the USA Network?

Epps: I’m very excited about the show. People are going to be surprised. In the surface, it looks like this action show about this Marine sniper, espionage and all that, but it’s a very cerebral show. The character I play is a “bad guy,” but he’s not really a bad guy. He’s someone who believes in the system and the deeper he gets into the system, his code of ethics is tested. Morality and ethics are relative to what a person’s experiences are. If someone says they’re “doing it for the greater good,” that’s all relative. It’s this cat-and-mouse game but it’s also much more cerebral than people anticipated it being. That was really fun because there is a lot of complexity to it. We shot the whole season—10 episodes.

Q: You’re no stranger to quality TV series. Do you stay in touch with your “House” colleagues like Hugh Laurie?

Epps: I was out of town when Hugh got his star on the Hollywood Walk of Fame (on Oct. 25). But we all talk from time to time. Jeffrey (Wright’s) doing his thing. Peter (Jacobson’s) doing his thing. Olivia (Wilde) just had a baby. Those are great memories. I’m happy for everyone. I just saw Jennifer (Morrison) recently. I’m just happy that everyone’s doing their thing and they’re happy.