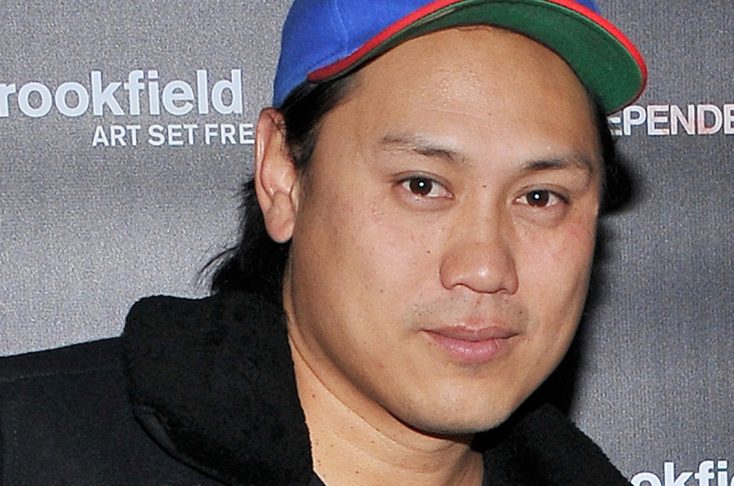 HOLLYWOOD—Jon M. Chu is best known for directing the dance-filled “Step Up” films along with the “Justin Bieber Believe” rise-to-fame documentary. The Palo Alto, Calif.-born filmmaker now changes his focus to something a little more magical in the globetrotting heist thriller “Now You See Me 2,” the sequel to Louis Leterrier’s 2013 box office sleeper hit “Now You See Me.”

Chu takes the all-star cast—Jesse Eisenberg, Morgan Freeman, Mark Ruffalo, Woody Harrelson, Michael Caine, Dave Franco and Common—and added even more star power—Daniel Radcliffe, Jay Chou and Lizzy Caplan—for another sleight-of-hand adventure. (Isla Fisher, one of the original so-called Four Horseman from the first film, was unable to return for the sequel due to her pregnancy.) This time around this oddball team of master illusionists have to work cooperatively to outwit a tech whiz that conscripts them into stealing a data-mining device that is in the hands of a former business partner.

The “Now You See Me 2” Blu-ray Combo Pack and Digital HD release includes Chu’s audio commentary and three behind-the-scenes featurettes looking at the creation of the magic in the film, as well as discussions with the cast and crew about their work in developing and mastering the magic tricks seen in the film.

The Blu-ray disc features a Dolby Atmos soundtrack remixed specifically for the home theater environment to place and move audio anywhere in the room, including overhead.

Lionsgate will also be launching a “Now You See Me” hidden object game in partnership with SideKick VR, which will be available on mobile devices including mobile VR headsets from Samsung, Google and others.

Sitting down for an interview at Hollywood’s super-exclusive Magic Castle, Chu spoke about the home entertainment release of his complex heist film, shooting in Macau and the special joy of taking his Chinese parents back to their homeland when he was promoting the film.

Q: How was it coming in to do the sequel to this box office hit? How did you put your stamp on it?

Chu: I really wanted to change the perspective of it. I love the idea of being with this amazing cast more. The first movie was a trick on the audience. You couldn’t actually be with them behind the scenes. In this one, we could go behind the curtain and watch them unpack magic tricks themselves and know their theories and how they put them together. Even just taking with (magic adviser) Keith Barry and other magic consultants, I was fascinated by how they figured out tricks. Of course, keep the fun and energy of that first movie but also add this worldwide adventure side of it. Magicians are obsessed with control. And there’s a point where you have to let go of control when you become part of a family and trust someone else. You have to sacrifice yourself and you can’t know the end result. You just have to go with the flow.

So this group of professional liars—how do they trust each other? In the first movie they were forced to be together, and in the second they choose to be together. In order to do that, they have to let go of the control they think they need over everybody. That aspect alone made me interested in directing it.

Q: You already had a fairly large cast coming into this, but you added even more stars in this one. How was it wrangling all these actors and bringing to them to all these far-flung locations?

Chu: This cast is, like, on overload. There were scenes where we had eight people and five of them are Oscar-winners. I’m like, “Whom do I give the big line to?” But they were the best cast, the kindest people. First of all, they love each other. I’ve never been on a set where the cast got along this well. They’re all master craftsman so they wanted the best for the scene. There was no ego. There was shockingly none of that.

Q: Not even Daniel Radcliffe?

Chu: (He laughs.) No. They were great as a group and that made the experience so much fun. You feel that when you watch the movie. There’s a real camaraderie. That’s not me directing them better; it’s really them just getting along. For me, it was about just trying to keep up with them. I learned a ton from them. I’d switch from Mark (Ruffalo) and Woody (Harrelson) and then we’d do a scene with Morgan (Freeman) and Mark (Ruffalo), it changes the dynamic. So I learned a lot as a director how to adjust and how I participated in those scenes with them according to that energy.

Q: There are a lot of bonuses on the Blu-ray and DVD editions. How fun was it doing the commentary and reliving the experience of the film?

Chu: No one’s asked me that, except maybe my family. When I watch the behind-the-scenes of other film, because I’m a fan of movies as well, I really enjoy it. But when I watch my own behind-the-scenes stuff, it doesn’t feel like my movie, because I remember the stressful parts of it. I remember how hard that scene was. When you see it all together, you realize, “We did a lot! We had to do these six things to get to that point.” It’s nice. It’s like watching a high school yearbook video where you get to reflect on what happened and it repaints that picture for you.

Q: How soon after you finished the film did you do the commentary?

Chu: We finished the movie a month or two before the release. It was the earliest I’ve done that. And then we did the commentary a week after that. I’m usually doing the commentary around the time that the film is being released (theatrically). But it had been a couple of years since I had finished shooting it. I don’t even remember doing a lot of those (on-set) interviews because it was the middle of the night, in London, and it was cold. They’re like, “Set the scene,” and I’m like, “I’m on a boat, and Michael Caine’s coming in.” And so you forget you even did that.

Q: You got to travel a little bit for this film, right?

Q: Was it during production?

Chu: This was when we were promoting the movie there. It was crazy but it also was great because they translated for me there. I can understand basic stuff but with movie vocabulary, I have no idea. So it was fun to have them see the process of a junket. I don’t think they knew what a junket was.

Q: Were they impressed with all the attention paid to you by the media?

Chu: They’re both really good at that stuff. They’ve had a restaurant for 46 years in Palo Alto so they’re natural hosts. It was fun for all of us to be together. They showed me around Beijing. I could not have asked for a better way to travel there.

Q: When did they emigrate to the U.S.?

Chu: My mom was 19 when she came over from Taiwan. My father’s from the mainland. He came over around 21 and they met in San Francisco. They started the restaurant 46 years ago. I basically grew up there, the youngest of five kids. They never let us work there. They always said to us, “America is the greatest place to follow your dreams. You can do everything we couldn’t do. You can always have the restaurant. We want to give the restaurant. But…” So they put us in dance class, music classes, and they let me go into film.

Chu: Oh, we definitely had that discussion, but I always turned the conversation back on what they used to say about following what I loved. (I’d say) “This is what I love; I’m going to do it. You’re going to fight me on it or you’re going to support me.” The next day my mom came to my school—I was a sophomore in high school—and she had brought me a pile of filmmaking books. She said to me, “If you’re going to do this, you have to study it seriously.”