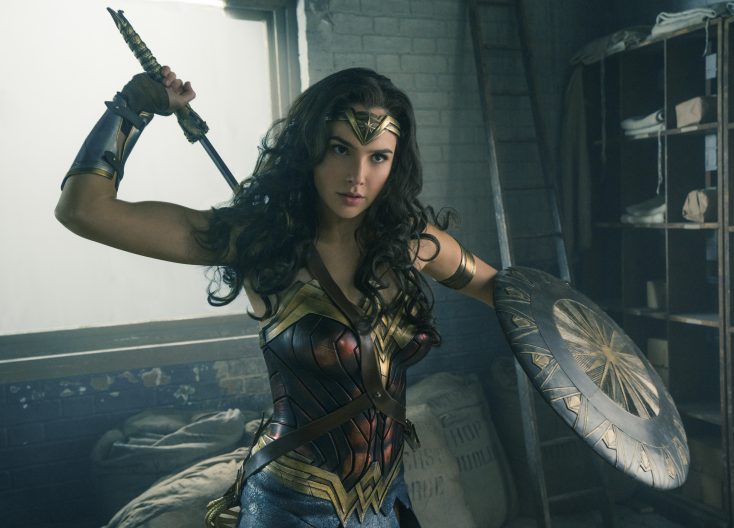 “Fast & Furious” star Gal Gadot’s biggest task at the box office this weekend isn’t stopping World War I as Wonder Woman, but proving to audiences that Warner Bros. is capable of making a good, well-written DC Comics movie that isn’t solely focused on the Dark Knight.

The long-awaited feature vehicle starring one of DC Comics’ most beloved characters in more than just a scene-stealing cameo performance, “Wonder Woman” not only tells the origin story of the gorgeous Amazon princess (who, in this modern-day adaptation, was sculpted from clay by her mother, Queen Hippolyta, and brought to life by Zeus instead of Aphrodite), but also how the demigoddess known as Diana was first introduced to the human world—a story that ties into the photograph Bruce Wayne found of her in “Batman v Superman: Dawn of Justice.” After a U.S. military pilot/spy named Steve Trevor (“Star Trek’s” Chris Pine) crashes his plane near the shore of the lush Amazonian island of Themyscira and is rescued by Diana, he tells her about the war to end all wars. Diana is convinced that the war is the work of Zeus’ son: the Greek god of War, Ares. Against her mother’s (Connie Nielsen, “Gladiator”) wishes, Diana decides to accompany Steve back to London armed with a powerful sword she calls “the god killer” to strike Ares dead and put a stop to the war once and for all.

What audiences don’t really know until the final battle sequence is whether or not Ares really is behind World War I or if the war is simply the result of some very bad people, like the evil Dr. Maru (Elena Anaya, “Van Helsing”). Nicknamed “Dr. Poison,” the disfigured chemist might just be the scariest villain to surface in a superhero movie considering that her only power is coming up with deadly, inescapable gasses to kill people that she in turn gives to the German army’s ironfisted general, Ludendorff (Danny Huston, “American Horror Story”).

Clocking in just shy of the two-and-a-half-hour mark, the action film is directed by Patty Jenkins (“Monster”), who manages to keep the pace moving steadily along and only begins to lose the audience’s attention during the cliched, haven’t-we-seen-this-before (the answer is yes) final battle. Granted the movie is nowhere near as entertaining as the movies that make up the Marvel Cinematic Universe—DC’s oft-compared, often-does-things-better big-screen rival—but it’s also nowhere near as dreadful as last year’s “Batman v Superman: Dawn of Justice,” either. The script by Allan Heinberg (“Party of Five,” “Sex and the City”) has several humorous moments to it, the scenery is simply breathtaking at the beginning of the film (before the story moves to the drab, war-torn London cityscape) and Gadot embodies Wonder Woman so perfectly, fans don’t have to worry about constantly comparing her performance to TV’s Wonder Woman, Lynda Carter, while watching the film. Even little Diana (played with just the right amount of sweetness and spunk by newcomer Lilly Aspell) is perfectly cast.

Still, coming off of the highly entertaining “Guardians of the Galaxy Vol. 2,” comic book fans can’t help but compare any DC movie release to the latest Marvel film they saw—and “Wonder Woman” just isn’t as wonderful as “Guardians,” with its likable Star-Lord and his motley band of misfits. It’s a bit unfair to think that way, but Marvel truly set the bar for superhero movies in recent years and DC hasn’t come close to reaching it since Christopher Nolan’s “The Dark Knight Rises.” Even compared to that, though, “Wonder Woman” comes up short. The character shows a lot of potential, similar to Margot Robbie’s breakout performance as Harley Quinn in last year’s fun but poorly written “Suicide Squad,” and the movie definitely keeps audiences engaged. It just doesn’t live up to the 75-year wait of finally seeing the beloved comic book character get her own movie. Audiences likely will enjoy what they see, but they won’t necessarily be eager to watch the film again and again (nor will they leave with a witty “I’m Mary Poppins, y’all!”-like quote).

It’s interesting to note, however, that in a genre known mainly for its male characters, the characters showing the most promise in the DC Extended Universe (Wonder Woman and Harley Quinn) are female and that, at press time, the best reviewed movie in the DC Extended Universe (“Wonder Woman”) just happens to be directed by a woman. “Wonder Woman” is definitely a step in the right direction for Warner Bros. and DC, it just isn’t the super superhero movie they so desperately needed to finally take a baby step out of Disney/Marvel’s shadow.