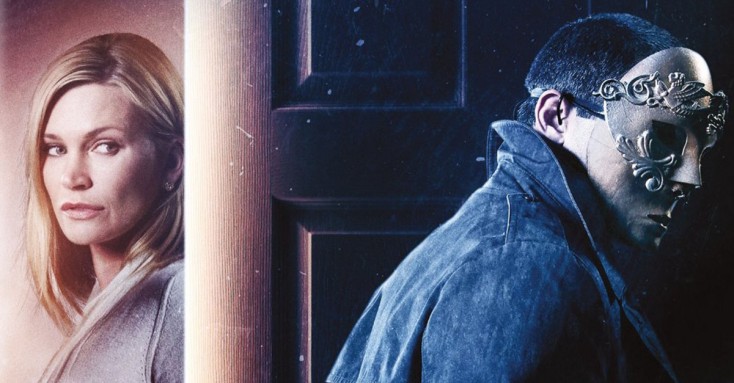 An intimate and revealing portrait of one of the chief architects of the digital age, “Steve Jobs” arrives on Digital HD on Tuesday, Feb. 2, and in a Blu-ray Combo Pack, DVD and On Demand Tuesday, Feb. 16, from Universal Pictures Home Entertainment. From Oscar-winning screenwriter Aaron Sorkin (“The Social Network”) and Oscar-winning director Danny Boyle (“Slumdog Millionaire”), the critically acclaimed biopic is an up-close-and-personal look at the founder of Apple, a remarkable creative genius whose vow to put computers in the hands of ordinary people changed the world. The Blu-ray Combo Pack and DVD come with a revealing “making-of” documentary and feature commentary by the filmmakers.

The drama stars Michael Fassbender and Kate Winslet, both nominated for Oscars for their performances, as well as Seth Rogen and Jeff Daniels. Fassbender (“12 Years a Slave”) stars as the enigmatic Jobs, as he prepares backstage before three iconic product launches, as people from his past and present talk to him frankly about his treatment of them.

From a young age, Rose Ricard (Anderson) has been blessed with a special gift. Looking into a person’s soul, she can see the lies they try to hide. Now, using her uncanny ability, Rose works as a private investigator, solving “cold” cases the police can’t unravel. With her new partner, ex-con Grant Summit, Rose takes on a deadly case that follows close on the heels of a murderer and threatens to reveal long-buried secrets from her own past. Rose’s divine gift may wind up being a curse that makes her the target of the killer she never saw coming.

Orphaned as a child in the wake of a grisly tragedy, Jack was raised alongside his cousin and best friend, Brandon. At age 18, Jack’s otherwise uneventful life takes a sinister turn when he’s suddenly plagued by a series of bizarre sleepwalking episodes. After repeatedly waking up in the woods naked with no memory of the night before, Jack straps a camera to himself to document his behavior—and discovers a shocking truth: He is the unwitting heir to a monstrous family legacy of savagery, slaughter, and unrelenting horror from which death may be the only escape. Special features include an audio commentary with the cast and crew as well as outtakes.

The calendar may say it’s February, but for viewers who can’t get enough of Halloween, “All Hallows’ Eve 2,” the sequel to the 2013 horror thriller, is available Tuesday, Feb. 2 on DVD and Digital Video.

Alone on Halloween, a young  woman finds a mysterious VHS tape on her doorstep that shows a series of  gruesome and ghastly tales that appear to be all too real. These  terrifying  glimpses of damned souls are not the only horrors that stalk her. A sinister, pumpkin-faced killer is using the videotape as a portal into our reality; and  if he makes it through, this  twisted trickster seeks only one “treat,” which is blood.

Each segment is directed by a different filmmaker: Bryan Norton (“Seven Hells”), Antonio Padovan (“Once Upon a Time, Inc.”), Marc Roussel (“The Last Halloween”), Ryan Patch (“If I Give My Soul”), Jay Holben (“Hunger”), The Kondelik Brothers (“Airplane vs. Volcano”), Elias Benavidez (“A Boy’s Life”), Mike Kochansky (“Mr. Tricker’s Treat”), and Andres Borghi (“Alexia”), the film stars Andrea Monier (“The Black Water Vampire”) and Damien Monier (“Grim”).  “All Hallows’ Eve 2” is available for a SRP of $27.97.

There was supposed to be no way inside her home, but now one woman must find a way out in order to survive in the action-packed thriller “Home Invasion,” available on DVD and Digital HD Feb. 2, from Sony Pictures Home Entertainment.

Genre fan favorite Natasha Henstridge (the “Species” series) leads in this suspenseful tale of a wealthy housewife and mother whose home becomes the target of a robbery and whose only chance for survival—and the survival of her son—is a security systems specialist, played by Jason Patric (The Lost Boys”). Co-starring Scott Adkins (“The Bourne Ultimatum”), Kyra Zagorsky (TV’s “Helix”), and Liam Dickinson (“Interstellar”), “Home Invasion” is sure to make viewers want to lock their doors.

Ten-year-old Lucie flees from the isolated warehouse where she has been held prisoner. Deeply traumatized, she is plagued by night terrors at the orphanage that takes her in. Her only comfort comes from Anna, a girl her own age. Nearly a decade later and still haunted by demons, Lucie finally tracks down the family that tortured her. As she and Anna move closer to the agonizing truth, they find themselves trapped in a nightmare, and if they cannot escape, a martyr’s fate awaits them.

Mena Suvari stars in the action thriller “Badge of Honor,” available Tuesday on DVD. On her first day of the job, brand new Internal Affairs detective Jessica Dawson (Suvari) gets caught up in the aftermath of a violent drug bust that includes an officer shooting of an innocent young teenager. The facts, as reported by the two narcotic detectives, just don’t seem to add up. As she struggles to find the truth, the ramifications of a single lie reverberate throughout the whole precinct. Soon she finds she can’t trust anyone, including the precinct captain (Martin Sheen). In this gritty crime thriller that could be ripped from today’s headlines, it’s cop vs. cop in a deadly fight for honor. The film is written and directed by Cuban born director known simply as Agustin. The film also stars Jesse Bradford, Haylie Duff and Natasha Henstridge.

“The Challenger” will be released on VOD and DVD on Tuesday, Feb. 2. Written and directed by Kent Moran, the uplifting boxing drama also stars S. Epatha Merkerson, Justin Hartley and the late Michael Clarke Duncan. The sports drama, which hit theaters in limited release last September, was executive produced by Duncan, Charles Cook, Frank Carbone and Robert and Susan Derose.

The film follows the life and struggles of a young, Bronx auto mechanic named Jaden Miller (Moran). When Jaden and his mother (Merkerson) are evicted from their home, he will do everything in his power to stop them from living on the streets. With the help of legendary trainer, Duane Taylor (Duncan), Miller soon finds that Boxing may be their ticket to a better life. Earning the title ‘Bronx Boy,’ Jaden becomes a local hero and wins a big fight. His victory captures the attention of a cable network, and soon the producers decide to create a reality show around him and his goal to fight his way to the Light-Heavyweight title.

For kids and families, hop aboard the magical, musical, Mickey Mouse Clubhouse tour bus with Minnie Mouse with “Pop Star Minnie,” a four-part episodic animated series where the Disney icon dreams of singing onstage, but her plans are nearly upended when her band’s instruments disappear. The race is on to track down the instruments and reach Melody Mountain by sunset. Even if the instruments are found in time, Minnie has to figure out whether to sing the blues, croon a country tune or boogie to a disco beat. That’s where the viewer comes in and helps Minnie figure out what to sing using Mouseketools. The DVD, which is available on Tuesday, Feb. 2, includes all four episodes plus a bonus episode and two Minnie Bow-Toons. The DVD comes with a free inflatable guitar.

“Black Work” is available now on DVD from Acorn, an RLJ Entertainment. Written by Matt Charman (Steven Spielberg’s “Bridge of Spies”) and directed by Michael Samuels (“Any Human Heart”), this compelling British crime drama miniseries stars Sheridan Smith (“Jonathan Creek”) as Jo Gillespie, a police officer whose detective husband is killed in the line of duty while working undercover on a case. Jo’s co-workers expect her to stay out of the investigation, but when alarming information about her husband comes to light, she loses faith in her police family and sets out to find the killer herself. Along the way, Jo learns of the many dark secrets surrounding her husband, his colleagues, and the criminals they were investigating, while also confronting the heartbreaking realities of her marriage.

“Black Work” also stars Kenny Doughty (“Vera”), Matthew McNulty (“Jamaica Inn”), Ace Bhatti (“EastEnders”) and Geraldine James (“Sherlock Holmes”). The miniseries made its U.S. premiere last November on Acorn.TV, the streaming service for British television and beyond. The DVD features all three episodes of the series for a suggested retail price of $34.99, or it can be purchased at AcornOnline.com.