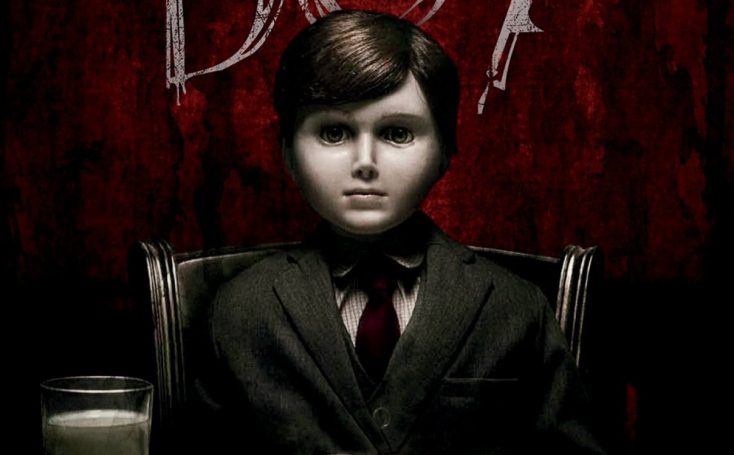 In advance of the long-anticipated sequel due out this summer, the original doomsday sci-fi spectacular “Independence Day” arrives in a special two-disc Blu-ray combo pack Tuesday May 10.

Director Roland Emmerich, producer Dean Devlin and an all-star cast including Will Smith, Jeff Goldblum and Bill Pullman join forces to deliver a mind-blowing encounter between powerful aliens and the human race. When massive spaceships appear in Earth’s skies and blast destructive beams of fire down on cities all over the planet, a determined band of survivors must unite for one last strike against the invaders before mankind is destroyed. Released theatrically in 1996, the action-packed sci-fi epic won an Oscar for Best Special Effects the following year.

Reynolds plays Marvel’s super-but-no-hero motormouth title character. Deadpool’s gimmick, aside from possessing a Wolverine-style healing factor that renders him essentially unkillable, is his habit of constantly wisecracking to himself and the audience during bouts of insanely acrobatic combat. He not only is fully aware that he’s a character in a story, but also gleefully acknowledges genre conventions and pop culture ephemera.

The ironic self-awareness isn’t the only thing that sets “Deadpool” apart from typical superhero flicks that aren’t anywhere near as self-mocking or brazenly tongue-in-cheek. “Deadpool” also has so much bloody violence and profuse profanity that it easily earns its “R” rating.

Viewers discover in flashbacks that Deadpool started out as ex-military underachiever Wade Wilson, whose mercenary gigs were limited to tasks such as discouraging a teenage girl’s stalker. Diagnosed with terminal cancer, Wilson agrees to undergo an experimental treatment that will force him to “mutate or die.” Wilson refers to this part of his backstory as “a horror movie,” and that’s no exaggeration. His chief tormentor Ajax/Francis (Skrein, star of the rebooted “Transporter”) who underwent a similar procedure and emerged devoid of all feeling, sadistically tortures Wilson into a grotesque husk of his former self…but with a healing factor that lets him survive anything from gunshots to stabbings to amputations. Fortunately, Wilson survives with his sense of humor intact.

Whether viewers find the quip-spouting Deadpool endlessly entertaining or “relentlessly annoying” (as Francis puts it), he’s definitely a one-of-a-kind character.

A young American woman uncovers the menacing nature of the British family she cares for in “The Boy,” a suspense thriller debuting on Blu-ray, DVD, and On Demand Tuesday May 10, from Universal Pictures Home Entertainment. It also is available on Digital HD.

William Brent Bell (The Devil Inside) directs the film that stars Lauren Cohan (Maggie on AMC’s “The Walking Dead”).

Cohan plays a young American woman named Greta who takes a job as a nanny in a remote English village. She soon discovers that the family’s 8-year-old is a life-sized doll that they care for just like a real boy, as a way to cope with the death of their actual son 20 years prior. After violating a list of strict rules, a series of disturbing and inexplicable events bring Greta’s worst nightmare to life, leading her to believe that the doll is alive.

Hollywood’s current obsession with the serial killer mastermind Charles Manson shows no signs of waning. “Manson’s Lost Girls” is a chilling drama based on the heinous crimes of Manson, who led a murderous cult in the late ‘60s. The Lifetime original movie arrives on DVD (plus Digital) Tuesday May 10 from Lionsgate.

Jeff Ward stars as Manson, with supporting performances by MacKenzie Mauzy (“Into the Woods”), Eden Brolin (“Ruby Sparks”) and Greer Grammer (“Awkward”) as the circle of teenage girls who fell under his demonic spell and helped carry out his brutal killings. It is available on DVD for the suggested retail price  (SRP) of $14.98.

Told through the eyes of real “Manson girl” Linda Kasabian, “Manson’s Lost Girls” takes viewers on a month-long journey with the women who were drawn to the sisterhood and communal lifestyle founded by the now imprisoned cult leader. As Manson’s dark and twisted preoccupations are revealed, viewers will witness how free love turned into burglary and then spiraled into senseless mass murder.

Scooby-Doo Shaggy, Velma and the rest of the Scooby-Doo gang come to life in LEGO form in “LEGO Scooby-Doo!: Haunted Hollywood,” a new animated feature available Tuesday May 10, available in a Blu-ray Combo Pack and on DVD from Warner Bros. Home Entertainment.

Get ready for hilarious hijinks in Tinseltown as Scooby and his friends head to Hollywood where they visit the legendary Brickton Studios, a historic Hollywood movie studio. While visiting the lot, the gang is surprised to find the once powerful film studio has fallen onto hard times. Neglected and in disrepair, Brickton, which has lost its luster, now faces threats of closure and an impending sale to greedy developers who want to tear it down.

To top it off, the Mystery Inc., gang discovers that the studio’s backlot is haunted by the ghost of Boris Karnak, a famous, old-time movie actor who has been making ghostly appearances in the roles he once made famous, including the Headless Horseman, the Mummy and the Zombie. The ghostly sightings have frightened away the cast and crew of Brickton’s latest film production, which was the studio’s final effort in trying to save the company from going under. Now with production halted on the movie, which was supposed to rescue Brickton from its demise, it looks as though the famous backlot is destined to fall into the hands of the developers after all.

The Blu-ray combo pack includes a Digital HD copy and retails for an SRP of $24.98 and on standard DVD for $19.98. The Blu-ray and DVD releases will include an exclusive LEGO Scooby-Doo! Mini figure, while supplies last.

The wolf pack is back in action when “Alpha and Omega: Dino Digs” arrives on DVD (plus Digital), Digital HD and On Demand Tuesday May 10 from Lionsgate. In the sixth installment of the “Alpha & Omega” franchise, Humphrey and Kate move to new grounds and discover Amy, an affable dinosaur who is unfamiliar with the new world. The animated feature will be available for an SRP of $14.98.

After Kate, Humphrey and their three pups are forced to relocate their den, they discover Amy, a friendly raptor that magically came to life after being uncovered during a big dig. The pups and their forest friends show Amy the wonders of their new world, and must work together and try to stop the diggers from unearthing the dangerous T-Rex before it is too late.

“A Sort of Homecoming” arrives Tuesday May 10 on Digital HD and On Demand. Thinking her high school days were long behind her, Amy built a new life as a news producer in New York. But when her high school debate coach asks her to return to Louisiana, she is flooded with memories of her unforgettable senior year of high school. Through a series of flashbacks, Amy relives her younger self as she and her debate partner Nick take on the highly competitive national debate circuit.