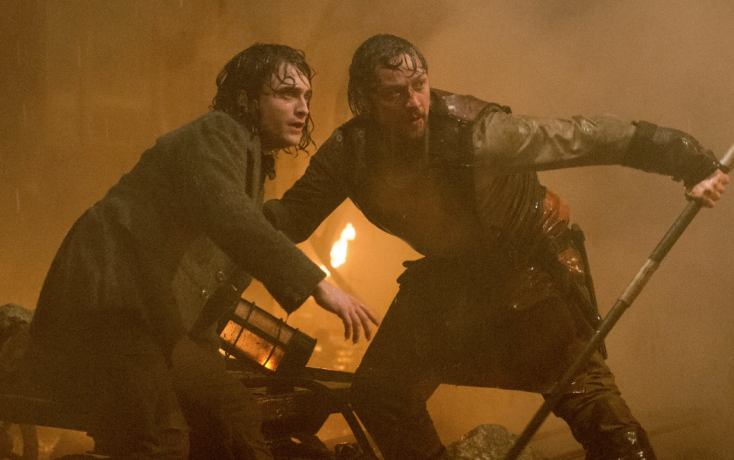 Scottish filmmaker Paul McGuigan directed the pilot episode of the BBC’s witty and hyper-kinetic “Sherlock,” starring Benedict Cumberbatch, so it’s no surprise that his new big screen production “Victor Frankenstein” recalls that earlier effort in both style and tone.

Presumably based on Mary Shelley’s oft-adapted work of horror (although there is nothing in the credits mentioning the 19th century author), the film begins with an acknowledgement that the audience knows the story, but what they remember is the monster, and not so much the man who created it.

Fans of TV’s “Sherlock,” not to mention Guy Ritchie’s “Sherlock Holmes” big screen updates will appreciate the style of “Victor Frankenstein.” Quick cuts, frequent use of slo-mo and swooping overhead shots and graphics laid on top of filmed images give a modern edge to the classic tale. There’s even a nod to “Young Frankenstein,” when Lorelei meets the title character, mispronounces his name and McAvoy corrects her.

When he finally shows up, the monster is worth the wait. Called Prometheus after the mythic character who tried to steal fire from the gods, which Victor, in his way, is attempting to do by playing God. The final version of the character is embodied by 6-foot-10-inch actor Guillaume Delaunay, who donned a full prosthetic suit designed by Rob Mayor of Millennium FX. The monster resembles a flesh-colored cross between Hellboy and the Hulk.

Though the film has a solid, satisfying ending, like most fantastic films today, it leaves the door open for a sequel. Ideally, the filmmakers will have a better grasp on the tone by then.