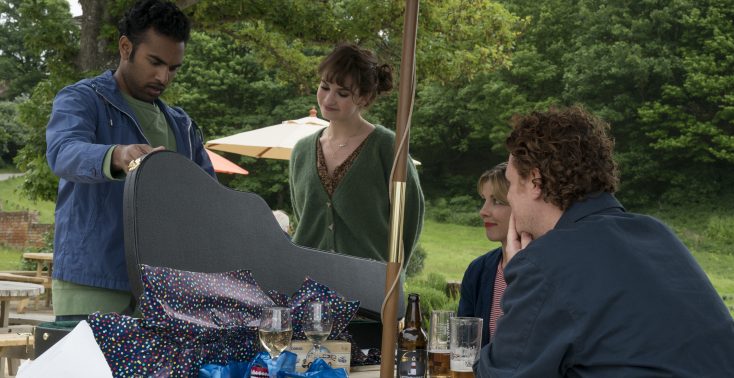 Following one of the most brilliant trailers ever to come out of Hollywood, Universal Pictures’ “Yesterday” has a lot to live up to. Based on the genius idea (seriously, why had no one thought of this before?) that no one remembers the music of The Beatles except for one man, “Yesterday,” beautifully directed by Academy Award winner Danny Boyle (“Slumdog Millionaire”), never quite lives up to the lofty expectations its trailer gave viewers, but still remains a fun film nonetheless.

Jack Malik (Himesh Patel, “EastEnders”) is a struggling singer-songwriter in a tiny English seaside town whose only fans are his close friends. When his childhood bestie Ellie (Lily James, “Mamma Mia! Here We Go Again”), who also acts as his manager, gets him booked at a popular music festival, Jack thinks he might have finally found his big break—only to find himself performing in a tent on the festival grounds for a few kids instead.

Following the disappointing gig, Jack decides he’s had enough and is officially done with trying to make it in the music industry. Later that night while bicycling back to his parents’ house (where he still lives), he notices all of the lights going out around him. That’s when a bus hits him, sending him to the hospital with two of his teeth knocked out.

Turns out that blackout wasn’t just a local occurrence. The lights briefly went out all around the world. No one knows why, and no one thinks anything has changed. That is until Jack gets out of the hospital and sings a song on the new guitar his friends bought for him since his old one was damaged in the bus accident. His friends are all taken aback by the beauty of Jack’s new song, except it isn’t his song. It’s The Beatles’ “Yesterday,” but no one seems to have heard of it—or The Beatles—before. While at first Jack thinks his friends are just pulling his leg, a quick Google search proves that The Beatles don’t exist anymore (among some other things, which won’t be spoiled here). Jack realizes the unbelievable opportunity that’s presented itself and immediately goes to work trying to remember all of The Beatles’ songs and, more importantly, their lyrics.

When Ed Sheeran (who appears in the film as himself, because why not) sees Jack on a local TV show one day promoting his new music (turns out they live near each other), he finds himself impressed by Jack’s songwriting skills and invites Jack to open for him on his tour. Jack quickly catches the interest of Ed’s manager, Debra (the always funny Kate McKinnon, “Saturday Night Live”), and the next thing he knows, he’s in Hollywood recording his first album. Of course, fame and fortune come at a price, and soon Jack realizes that being “the world’s greatest songwriter” might cost him the one thing he’s taken for granted all these years: Ellie.

While writers Jack Barth (“The Fabulous Picture Show”) and Richard Curtis (“Mr. Bean”) dream up a fantastic premise for “Yesterday,” they really only scratch the surface of the potential the story has. There are some great jokes that seem to get set up near the start of the film that never really have a payoff (yes, fellow English rockers Oasis are referenced), and there are a lot of loose threads that remain unanswered—among them, what caused the mysterious global blackout and why some things from pop culture were erased from history. Eventually, the story of what the world would be like without The Beatles in it takes a backseat to Jack and Ellie’s will-they-or-won’t-they romance, which is expected, but still a bit disappointing.

The cast does a great job, though, with the story they are given, particularly the adorable James and Joel Fry (“Game of Thrones”) as Jack’s new roadie, Rocky. Fry delivers a scene-stealing performance every chance he gets, transforming what could have easily been an annoying comic relief character into one who’s actually quite endearing. McKinnon, meanwhile, plays the stereotypical Hollywood manager as cold and over the top as she can while still making the role fun, and Malik does a commendable job as the conflicted musician making a name for himself off of someone else’s work. The scene where he explodes at his parents (“Absolutely Anything’s” Meera Syal and Sanjeev Bhaskar) while playing “Let It Be” for the first time is especially great, as Jack acknowledges the masterpiece it is while his family is oblivious to the fact that they’re hearing one of music’s most iconic songs for the first time and think he’s just on some ego trip.

If audiences can suspend their disbelief for 116 minutes and just go along for the ride, “Yesterday” is a fun flick that might not be on the level of The Beatles’ groundbreaking work, but doesn’t diminish their good name, either. It’s interesting to imagine a world without The Beatles in it, and the movie comes to a sweet resolution that Beatles fans should definitely appreciate. It was almost inevitable the film wouldn’t live up to the expectations its trailer set, but the romantic fantasy comedy still has a few surprises that weren’t spoiled by its trailer to entertain viewers (including a great “cameo”) while simultaneously taking a page out of The Beatles’ playbook to drive home the point that fame and fortune don’t mean much in life—all you need is love.