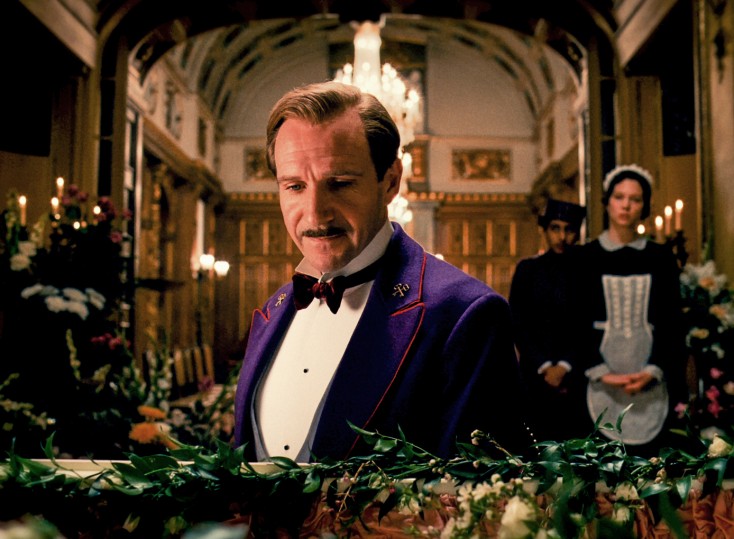 Even critics can’t see every movie that gets made, but here are my 10 favorites of the films I caught in 2014, followed by the 10 that I most wish I had missed.

Starting with the 10 movies at the top of my recommended must-see list:

1) “The Grand Budapest Hotel”: Director/cowriter Wes Anderson’s stylish, smart and screwball comedy about a bygone-era European concierge (Ralph Fiennes) who is pursued and imprisoned over an inherited painting is the only film this year that I gave an “A+” grade. Like nearly all of Anderson’s movies, it’s so charming, witty and ridiculously good-looking that it’s absolutely irresistible.[private]

3) “Calvary”: Brendan Gleeson gives an unforgettable performance as a gruff but good-hearted priest unjustly targeted to die for the sins of the Catholic church in exactly one week. Written and directed by John Michael McDonagh, the film is both a genuinely moving religious allegory and a sometimes darkly bitter black comedy.

4) “God Help the Girl”: Stuart Murdoch of the Scottish band Belle and Sebastian makes his directing debut with this endearing musical about a dreamy Glasgow summer when three oddball friends put together a divine-from-day-one pop group that’s too uncommercially literate and generally lovely for this workaday world. Some cleverly self-aware bits of Murdoch’s screenplay include main character Eve (Emily Browning) intruding on a voiceover by bandmate James (Olly Alexander) to make her own comments, and James at one point asking the lyrics-as-conversation-prone Eve, “Do you often sing to people?”

5) “Into the Woods”: Director Rob Marshall’s lushly produced adaptation of the classic Stephen Sondheim and James Lapine musical may seem to be the artistic opposite of the indie low-budget charmer “God Help the Girl.” But the appealing songs in both movies share the kind of witty wordplay that’s able to convey humor, romance and sometimes bittersweet regret in ways that feel original and refreshing. Emily Blunt and Meryl Streep shine as a yearning would-be mother and a witch who doesn’t want to lose a daughter.

6) “The Two Faces of January”: Viggo Mortensen and Kirsten Dunst star as an American couple on the run from the law with a shady Athens tour guide (Oscar Isaac) in this 1960s period piece that’s like a classy throwback to “Mad Men”-era dramas for grown-ups. The screenplay by first-time feature director Hossein Amini, adapted from the novel by Patricia Highsmith (“The Talented Mr. Ripley,” “Strangers on a Train”), mixes sexual tension, anxious paranoia and a sense of genuine menace to form a refreshingly adult thriller that never panders to the audience with anything vaguely resembling comic relief.

7) ” X-Men: Days of Future Past”: In a year boasting three other high-profile superhero blockbusters (“Captain America: The Winter Soldier,” “Guardians of the Galaxy,” “The Amazing Spider-Man 2”), director Bryan Singer’s return to the X-Men franchise overpowered them all by managing to keep irony at bay in a flick that boils down to super-powered mutants fighting each other and battling killer robots. Anybody could make this kind of stuff look silly, but getting audiences emotionally invested in a story requiring this much suspension of disbelief takes a special kind of genius.

9) “Edge of Tomorrow”: This inventively ingenious SF mashup of “Starship Troopers” and “Groundhog Day” is a real showcase for stars Tom Cruise and Emily Blunt. Cruise is an alien-fighting future soldier caught in a time loop: Each time he’s killed, he wakes up the day before with the chance to learn from his mistakes. Blunt is a warrior and national hero, formerly caught in a time loop of her own, who acts as his no-nonsense trainer and guide. Now all they have to do is save the world.

10) “Frank”: Like the four other movies on this list that made less than a million dollars worldwide at the box office, the unjustly overlooked “Frank” is a refreshing alternative to safely conventional mass-appeal movies that seem neither original nor inspired. In this extremely offbeat character study, an avant-garde musician (Michael Fassbender) who always wears a huge and cartoonish artificial head, leads a band that seems comfortably resigned to art-for-art’s-sake obscurity. Trouble ensues when ambitious new recruit Jon (Domhnall Gleeson) tries to social-media the group into more popularity and success.

And here are the 10 movies that I most wish I hadn’t wasted my time seeing this year:

1) “Transformers: Age of Extinction”: I disliked this fourth movie in the notoriously worthless “Transformers” franchise so much that I couldn’t bear wasting more time thinking about it to bother writing a full review of the thing. Stupid, violent, shamelessly mercenary and far less than meets the eye.

2) “The Other Woman”: In this repulsively unfunny so-called comedy, a cheating husband gets his comeuppance from his trusting idiot of a wife (Leslie Mann) and two of his equally vapid girlfriends (an embarrassingly overacting Cameron Diaz and the decorative but achingly untalented Kate Upton).

4) “Fading Gigolo”: John Turturro wrote, directed and stars in this would-be comedy that’s so dismally dull it doesn’t even get laughs from the idea of beautiful women played by Sophia Vergara and Sharon Stone paying for his character’s sexual favors. Even Woody Allen’s presence as a pimp can’t save it.

5) “Divergent”: Even star Shailene Woodley seems bored by this dopey coming-of-age action-romance set in some idiotic fantasy world where teenagers are divided into career categories based on a Sorting-Hat-style aptitude test. Unfortunately, her boundary-transcending character is oh-so-special that she needs to be hunted down by Those In Charge. Ugh.

6) “Jersey Boys”: Clint Eastwood, of all people, directing the movie version of a Broadway musical about Frankie Valli and The Four Seasons? The result is even worse than that sounds.

7) “The November Man”: An all-around awful spy thriller in which Pierce Brosnan proves he’s better off playing parodies of James Bond these days (“Matador”) than making with what’s supposed to be unironic kiss-kiss bang-bang action.

8) “Transcendence”: An artificial intelligence researcher (Johnny Depp) whose consciousness is put on a hard drive after his death goes all evil-god-omnipotent and starts turning people into mind-slaves, which is enough to upset his girlfriend (Rebecca Hall), the military and audiences everywhere.

9) “Jack Ryan: Shadow Recruit”: Chris Pine takes over the role of writer Tom Clancy’s CIA agent Jack Ryan (following Alec Baldwin, Harrison Ford and Ben Affleck) in this ploddingly generic reboot. Suspecting Ryan is having an affair, his clueless fiancée (Keira Knightley) joins him in Moscow, where she becomes part of a mission to take down an evil Russian tycoon (director Kenneth Branagh). Anybody buying this?

10) “Maleficent”: Told from the point of view of Sleeping Beauty’s nefarious nemesis (played by Angelina Jolie), this utterly empty-headed Disney flick doesn’t make any sense even as a retrofitted children’s fable. A childhood friend who betrays Maleficent the fairy to become king, and who thereafter becomes justifiably paranoid about all things magical, sends his threatened daughter to live with three magic pixies for her safety. Huh?[/private]

Tags:Edge of Tomorrow, Into the Woods, Nymphomaniac Vol. 1, The Grand Budapest Hotel, Transformers: Age of Extinction
Previous PostEXCLUSIVE: Mark Wahlberg is All In on ‘Gambler’ Remake – 4 Photos
Next PostCritic’s Choice: My 10 Favorite (and Least Liked) Films of 2014 – 4 Photos