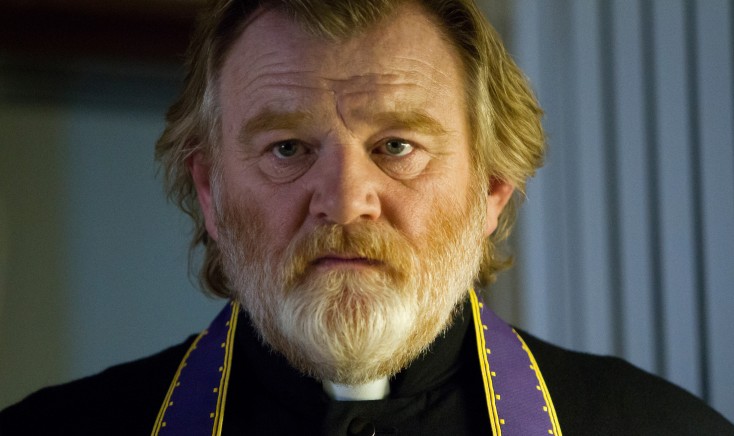 The drama, released in the U.S. earlier this year, tells the story about a steadfastly moral Irish priest (Brendan Gleeson) who is threatened by a bitter molestation victim that he will be murdered in exactly one week, manages to be both a genuinely moving religious allegory and a sometimes darkly bitter black comedy.

The Blu-ray package has plenty of extras, including behind-the-scenes material, a featurette called “The Role of a Good Priest,” another one titled “A Matter of Faith” and a third called “A Father & His Daughter.”

The box office blockbuster “Guardians of the Galaxy” is available Tuesday in a special Blu-ray Combo Pack, Blu-ray and On Demand. (It was released on Digital HD and Disney Movies Anywhere last month.) Largely overhyped, the action-packed intergalactic fantasy is the movie non-fans of “Buffy the Vampire Slayer” worried “The Avengers” would turn out to be when Joss Whedon was tapped to direct that 2012 Marvel super-team outing. While Whedon managed to rein in his fondness for ironic camp and deadpan snark to deliver a blockbuster that was fun without being irritatingly insincere, “Guardians” director/co-writer James Gunn seems to delight in making this silly space saga too tongue-in-cheek for its own good.

Bonus features on the 3D Blu-ray Combo Pack and Blu-ray versions include never-before-seen deleted scenes, making-of featurettes, an exclusive look at the upcoming theatrical release of “Marvel’s The Avengers: Age of Ultron,” a gag reel, and audio commentary. The DVD edition contains the exclusive never-before-scene deleted scenes and the look at “Marvel’s Avengers: Age of Ultron.”

Egypt, land of the Pharaohs, is a place steeped in history and legend; gods and spiritual guides; untold wealth and the bone-cracking, blood-spilling guardians of its riches.

Jack Wells (McNamara) arrives in Egypt in search of the famous diamond known as The Codex Stone. His journey leads him to the tomb of the cursed King Neferu (Brandon deSpain), cursed not by name but by nature. With his centuries-old slumber disturbed by timeless human greed, the King rises from the dead with a blood-lust that cannot be quenched and a raging fury that will shred flesh from bone, bringing terrible and tormented death to all who dare witness the “Day of the Mummy.”