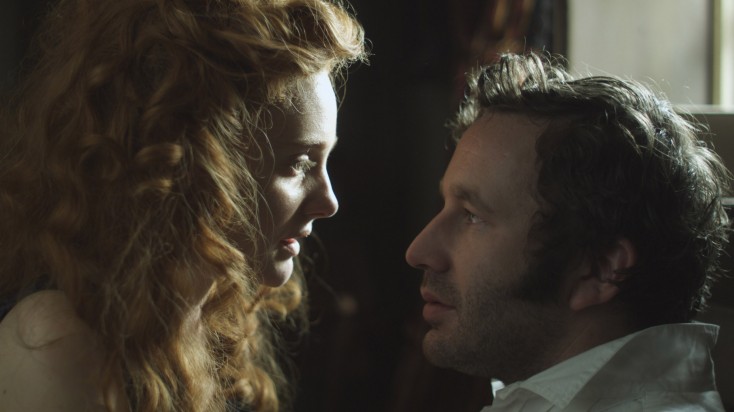 “The Crimson Petal and The White Flower” on DVD. ©BBC/Acorn.

Prostitution. Insanity. Infidelity. Those are some of the subjects delved into in “The Crimson Petal and the White,” a provocative four-part miniseries about an ambitious young prostitute and her wealthy john, set in Victorian England. The Gothic melodrama is based on Michel Faber’s international bestseller. The title comes from Alfred Lord Tennyson’s 1847 poem “Now Sleeps the Crimson Petal.”

The 2011 BBC series, which earned five BAFTA nominations earlier this year, including best miniseries, made its American debut on September 10 on Encore’s “The Big Miniseries Showcase.” If you missed it, never fear, the entire four-part series, along with bonus material, is available through Acorn Media on DVD. Bonus features include 11 minutes of deleted scenes, interviews with stars Romola Garai and Chris O’Dowd, director Marc Munden and key crew members as well as character biographies.

Garai, best known for her performances in “The Hour” and “ Atonement,” stars as a smart and stunning redheaded London prostitute, whose madam happens to be her psychotic mother (played by “The X-Files”’s Gillian Anderson). Not content to spend her life on her back earning paltry wages, 19-year-old Sugar (as she calls herself) sets her eyes on William Rackham (O’Dowd), the feckless heir to a perfume business.

Rackham is thoroughly enchanted with Sugar, and soon pays to be her sole client.  Just one problem: Rackham is married, but his wife’s fragile mental condition keeps him from engaging in sexual relations with her.

Sugar fulfills Rackham’s needs both physically and intellectually, though his class mentality and sexist attitude occasionally show through. Eventually, he moves Sugar into a pied-a-terre, where she enjoys a comfortable but solitary life—her sole function to service Rackman whenever he feels like showing up.

Fearing he will grow weary of her, Sugar puts on a brave face and ignores his occasional insults and indifferent attitude. One of Rackham’s secrets—he has a young daughter!—is revealed halfway through the series, and Sugar’s growing curiosity about Rackham’s family life leads her to seek them out surreptitiously.

One day, she boldly suggests she should become the child’s governess, and surprisingly Rackham eventually agrees to the proposal. Moving into Rackham’s manor house reveals more to Sugar than she expected, though, and she finds herself becoming more and more sympathetic and loyal to her lover’s family members than to her lover. With matters boiling to a head, Sugar has to make some important decisions that will affect not only her own future, but also the lives of those around her.

“The Crimson Petal and the White” isn’t your garden variety Victorian era miniseries. Though set in the 1890s, it has a very modern feel. The performances, particularly Garai’s, are outstanding, and the story is bound to leave the viewer unsettled, while rooting for the unconventional protagonist. Warning to parents: there also is some nudity, sexual situations, violence, course language and disturbing images, so bear that in mind before popping in the DVD. Aside from superb acting and direction, other notable aspects of this miniseries are Lol Crowley’s rich, dreamlike cinematography and the haunting score by Cristobal Tapia de Veer.