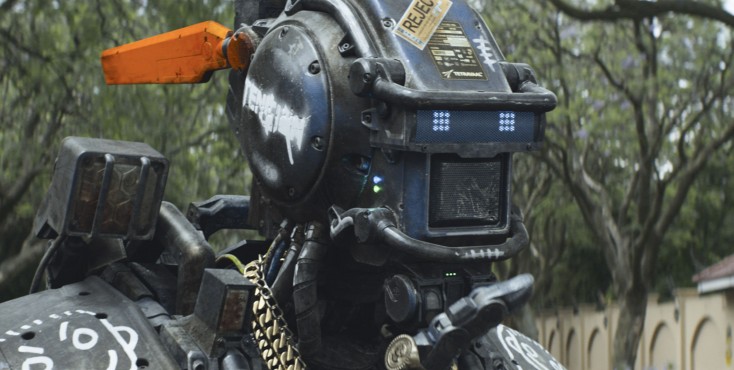 This disastrously botched mutation of Paul Verhoeven’s classic 1987 “RoboCop” (and its not-so-classic sequels) is so thoroughly disappointing that fans of “Alien” should be very, very worried. That’s because “Chappie” director/cowriter Neill Blomkamp, who gets absolutely everything wrong in this insultingly stupid SF stinker, has been tapped to helm the fifth installment of the “Alien” franchise as his next project. If even the far better David Fincher (“Alien 3”) and Jean-Pierre Jeunet (“Alien: Resurrection”) couldn’t deliver a decent “in space, no one can hear you scream” sequel, the chances of Blomkamp doing so don’t look at all promising based on the evidence here.

Badly acted, interminably dull and with a screenplay that makes absolutely no sense, “Chappie” plays like a slapped-together “mockbuster” DVD-dollar-bin clone that has none of the style, wit or originality of its predecessor. Where “RoboCop” included some actual poignancy with its deadpan black-humor irony, “Chappie” completely short-circuits when it tries getting sentimental and can’t tell the difference between tongue-in-cheek and tiresome.

Dev Patel (“Slumdog Millionaire,” “The Best Exotic Marigold Hotel”) stars as Deon Wilson, a typical testosterone-free genius engineer whose robot cops patrol Johannesburg, South Africa. A trio of bizarrely coiffed, attired and tattooed thieves who look like they escaped a particularly cheesy music video kidnap Deon, hoping he can provide them with an off-switch remote to make their job easier. They manage to snatch him on the day he’s bringing home a defective robot that he plans to use as the first subject of an artificial-intelligence program.

Dubbed “Chappie” by the female member of the crew because it rhymes with “happy,” the robot has the personality of an annoyingly cloying child, voiced with sickening sappiness by Blomkamp regular Sharlto Copley. The baddies soon have outfitted Chappie with gold chains, stenciled tats and a gangsta attitude, making him more Yo-boCop than RoboCop.

The script is so dumb that it has Deon leave the bad guys’ abandoned-factory hideout and return there more than once without alerting anyone about what’s going on or remotely reprogramming Chappie, even though he knows that Chappie is being groomed to commit crime. Also, the high-tech firm that manufactures the city’s robots appears to have no security whatsoever, and the robocops have surprisingly bad aim whenever the script requires that shortcoming.

Rival engineer Vincent Moore (Hugh Jackman, who also appeared in the bad-robot movie “Real Steel”) is resentful that he can’t get the city to deploy his much larger and scarier ‘bot, which looks uncomfortably similar to the big bad ED-209 from “RoboCop.” He eventually manages to get his chance, in a showdown with Chappie that’s unsurprisingly reminiscent of the “RoboCop” finale.

The main difference between the movies, besides the fact that Chappie is all machine instead of partly human, is that this one seems intent upon alienating its target audience by seeming relentlessly un-hip and willfully dumb. Watching Chappie act like a nauseatingly sweet and wimpy toddler is almost as unappealing as seeing him slouch and gesture later like a slang-spouting rapper stereotype.

Blomkamp’s 2009 “District 9” was wildly overrated, his 2013 “Elysium” was embarrassingly brainless and “Chappie” is worse than either. The fact that one of the characters here wears a jacket with “Bite Me Fanboy” emblazoned across its back seems outright redundant.