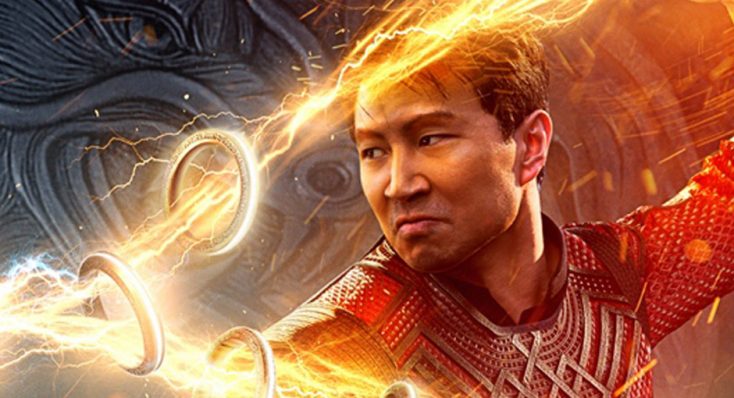 The Oscar-winning Beatty produced, co-wrote (with Elaine May) and co-directed (with Buck Henry) this fan-favorite comedy, which has been fully restored and remastered from the original negative under Beatty’s supervision.

Joe Pendleton (Beatty) is a Los Angeles Rams backup quarterback ready to lead the team all the way to the Super Bowl, but the afterlife has other plans. It seems an overzealous guardian angel has prematurely plucked Joe from the land of the living. When he’s returned to Earth in the body of millionaire industrialist Leo Farnsworth, he inherits a world of challenges, including winning the love of a woman (Christie) who already hates “him.” The Blu-ray includes the feature film in high definition and access to a Digital copy of the film.

Directed, co-written, produced by and starring Warren Beatty, the masterful political and historical epic “Reds” celebrates its 40th anniversary this year. The story of a radical American journalist embroiled in the Bolshevik revolution mesmerized critics and audiences alike and remains as relevant today as when it was originally released on December 25, 1981.

On Tuesday Nov. 30, Paramount Home Entertainment will debut a new two-disc Blu-ray set of  “Reds,” newly restored under Beatty’s supervision. The film was restored and remastered from the original negative in 4K with High Dynamic Range using a vintage print from the Paramount archives as a reference, which was approved by Academy Award-winning cinematographer Vittorio Storaro.

Punctuated by interviews with real-life activists and witnesses to the revolution, “Reds” became an instant classic, transcending time with its eternal tale of human passion, conviction, and frailty. In addition to Beatty, the film boasts an outstanding cast including Diane Keaton, Jack Nicholson, Edward Herrmann, Gene Hackman, Paul Sorvino, and Maureen Stapleton, whose performance won her an Academy Award for Best Actress in a Supporting Role.

The engrossing depiction of the love story between activists John Reed (Beatty) and Louise Bryant (Keaton) set against the outbreak of World War I and the rise of communism in Russia, “Reds” garnered 12 Academy Award nominations and won three, including Best Director for Beatty, who also took home every other major directorial award of the season. The Oscar-nominated screenplay was written by Beatty and Trevor Griffiths.

The Blu-ray set boasts over an hour of legacy bonus content, as well as access to a Digital copy of the film.

Shang-Chi and the Legend of the Ten Rings (Action Adventure)

The action-packed adventure stars Simu Liu as Shang-Chi, who must face the past he thought he left behind and confront his father, leader of the dangerous Ten Rings organization. The film also stars Awkwafina as Shang-Chi’s friend Katy, Meng’er Zhang, Fala Chen, and Florian Munteanu, with Michelle Yeoh as Ying Nan and Tony Leung as Xu Wenwu.

Available now on DVD is the suspenseful family drama series “A House Divided: Season Three,” an Allblk Original that appeared on Allblk.

The Sanders family continues to navigate chaos and turmoil as their world rapidly unravels in the worst possible way. Between fending off attacks from rivals to battling their inner demons, things are heating up as danger is increasing for the whole clan and their past seems to be catching up to them. A new season, a new set of twists and turns will reveal the fate of this once all-powerful empire.

The two-disc DVD set of “A House Divided: Season 3” is available for the suggested retail price (SRP) of $17.96.

When Jodie’s young son vanished from a lakeside picnic, it was presumed he drowned, but Jodie believed he was abducted. Years later, she sees a boy she’s certain is her son. Jeopardizing the life she’s painstakingly rebuilt, Jodie begins a dangerous and morally dark journey to prove the boy is her son and save him from his abductor.

The four-episodes limited series, plus a five-minute behind-the-scenes featurette, will be available on DVD for $29.99 (SRP).

Available now on Blu-ray and DVD is the smash hit series “Eli Roth’s History of Horror: Season 2,” from AMC Studios.

“Hinterland: The Complete Collection,” a seven-disc collection, is available now on DVD.

Weighed down by grief and guilt, DCI Tom Mathias (Richard Harrington, “Poldark,” “Bleak House”) comes to coastal Aberystwyth after a decade on the London police force. Escaping recent hurts and long-simmering trauma, he’s on a journey of recovery, healing himself by bringing justice to others. But the beautiful seaside vistas and close-knit mountain villages hide a multitude of sins. Partnered with hardworking local DI Mared Rhys (Mali Harries, “The Indian Doctor”), Mathias confronts mystifying murders that push him to the edge in a place with secrets as dark and destructive as his own.

The series aired on Acorn TV.

Emmy Award-winner Guy Pearce (“Mare of Easttown”) reprises his iconic role as Jack Irish, former criminal lawyer, and part-time debt collector, with a penchant for getting wrapped up in things he shouldn’t. The long-suppressed trauma of Isabel Irish’s brutal and random murder by Jack’s former client Wayne Milovich—which launched the first Jack Irish instalment, Bad Debts—rears its ugly head when Jack discovers there was more to those fateful events all those years ago. Namely, a criminal conspiracy involving his trusted friend, homicide detective Barry Tregear.

The series airs on Acorn TV.

The two-disc “Jack Irish: Season 3” contains all four episodes of the season, and is available on Blu-ray and DVD for $39.99 (SRP).

The “Midsomer Murders Halloween Pop-Up Collectible” is available in a limited-edition collection, from Acorn TV.

Barnaby (John Nettles, “Bergerac”) and Jones (Jason Hughes, “Killing Me Softly”) discover that Midsomer County is home to a secret pagan cult after one of its more prominent members is murdered. Suspicion initially falls on the author of a book alleging that the sect’s rituals are merely the product of drink and an overactive imagination. But soon it seems that all of the members of the Magic Circle have something to hide. The DVD includes an episode commentary by John Nettles and Jane Wymark.

The series, based on the books by Caroline Graham, airs on Acorn TV. The DVD of the limited-edition “Midsomer Murders Halloween Pop-Up Collectible” is available for $24.99 (SRP)

As unusual crimes unfold in 1960s Melbourne, Peregrine Fisher (Geraldine Hakewill, “Wentworth”) tackles her biggest mysteries yet while juggling romance, a career, and the life of an Adventuress. But just as Peregrine prepares to settle into a courtship with noble policeman Detective James Steed (Joel Jackson, “Jungle”), the two crime-fighters face a crossroads.

The Ms. Fisher’s Modern Murder Mysteries: Series 2” contains all eight episodes of the second series, and is available as a two-disc set on Blu-ray and DVD for $49.99 (SRP).

The “Murdoch Mysteries Halloween Pop-up Collectible” is available in a limited-edition collection, from Acorn TV.

Murdoch and the team face off against Halloween horrors in these two episodes from the beloved series:
“Sir. Sir? Sir!!!,” in which several people begin to behave oddly after a meteor shower, prompting Crabtree to believe it’s up to him to defend Earth from an alien invasion; “Murdoch and the Cursed Caves,” in which a couples’ camping trip on Halloween takes a turn for the worse when two are seemingly killed by a giant beast.

The two episodes in this limited-edition collection includes a three-minute “The Murdoch After Show.” The series premiered on Acorn TV, and are available on DVD for $24.99 (SRP).

With her son grown, single mum Pearl (Kerry Godliman, “After Life”) pursues her lifelong dream and starts a private detective agency, which she runs from her family restaurant in the coastal town of Whitstable. Drawn by her caring nature, locals soon flock to her with all kinds of cases. But when a friend dies suspiciously, Pearl finds herself in conflict with gruff new cop in town DCI Mike McGuire. The series premiered on Acorn TV.

The two-disc DVD set contains all six episodes of this British mystery series. It is available for $39.99 (SRP).

There is a bonus 38-minute page-to-screen featurette about the series included in the DVD set.