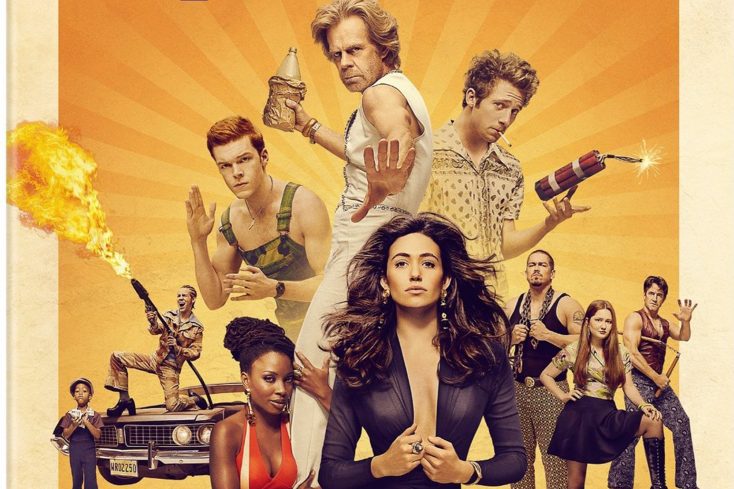 To celebrate the 25th year since its theatrical release, “The Commitments” is available on Blu-ray in a special anniversary edition Tuesday Aug. 30, from RLJ Entertainment. Based on a book by Roddy Doyle (“The Van”), the screenplay was co-written by Doyle, in conjunction with Dick Clement and Ian La Frenais (co-writers of “The Bank Job”) and directed by Oscar nominated director Alan Parker (“Mississippi Burning”), the comedy stars Robert Arkins, Andrew Strong, Glen Hansard (“Once”), Kenneth McCluskey (“Far and Away”), Bronagh Gallagher (“Pulp Fiction”), Angeline Ball (“My Girl 2”) and Maria Doyle (“The Tudors”).  “The Commitments” is available on Digital as well as Blu-ray for a suggested retail price (SRP) of $29.98 and on DVD for an SRP of $14.98.

Jimmy Rabbitte (Robert Arkins) knows he’s the world’s greatest band manager. Now he just needs a band. Auditioning everyone he can find, Jimmy gathers ten of the most talented, least experienced musicians from the rough streets of working class Dublin, Ireland, with a plan to launch the best soul band ever to take the stage.

The Anniversary Edition on Blu-ray features a brand new interview with Parker and several of his cast members as they look back 25 years after the sleeper hit arrived in theaters.  Additional bonus features include a featurette called “Dublin Soul,” a making-of featurette and the music video of “Treat Her Right, with Parker delivering an intro.

Also from RLJ Entertainment is “The Phenom” arriving on home entertainment Tuesday Aug. 30.  Written and directed by Noah Buschel (“Glass Chin”), the baseball drama stars Johnny Simmons (“The Perks of Being a Wallflower”), along with Academy Award nominees Paul Giamatti (“Sideways”) and Ethan Hawke (“Boyhood”). “The Phenom” will be available on DVD at an SRP of $29.96 and on Blu-ray for $29.97.

Ever since Hopper (Simmons) was a child, he has dreamed of becoming a major league pitcher. Relentlessly pushed by his abusive father (Hawke), he’s on the verge of becoming one of the game’s most promising players when he unexpectedly breaks down on the mound. Now, Hopper’s only hope lies with an unorthodox sports therapist (Giamatti), who urges him to let go of the past so he can find success on the field.

Another RLJ title, “19-2: Season 2,” makes its DVD Debut on Tuesday Aug. 30. Stars Adrian Holmes (“Arrow”) and Canadian Screen Award winner for Best Actor Jared Keeso (“Elysium”) play partners in the Montreal Police Department who must put their differences aside as their lives intertwine professionally and personally. Season 2 begins with the partners trying to stop a shooter at a high school. This gritty, award-winning drama explores the demons that haunt the men and women behind the badge. In Canada, the series has been a huge ratings and social media hit for Bell Media’s Bravo channel. This 3-disc DVD set features 10 episodes plus bonus featurettes and interviews (SRP: $49.99, AcornOnline.com). “19-2: Season 2” made its U.S. premiere in May on Acorn TV, the North American streaming service for television from Britain and beyond. Season 3 premieres in the Fall on Acorn TV, with a fourth season already commissioned.

Warner Bros. Home Entertainment brings another season of the top-rated Showtime comedy series, “Shameless,” to Blu-ray including Digital HD and DVD Tuesday Aug. 30, with “Shameless: The Complete Sixth Season.” Get set for the Gallagher clan, one of television’s most outrageous families as they entertain viewers with another highly addictive season featuring 12 irreverent episodes, plus bonus content, including two new featurettes and deleted scenes. From Emmy-winning executive producer John Wells (“The West Wing”) and Warner Bros. Television, Shameless stars Oscar-nominated actor William H. Macy (“Fargo”) as Frank Gallagher, the outspoken, alcoholic, single father of six clever and resourceful kids from Chicago’s South Side.  “Shameless: The Complete Sixth Season” will retail for an SRP $39.99 for the Blu-ray and $29.98 SRP for the DVD edition.

“Blunt Talk,” the STARZ Original comedy series starring Patrick Stewart (“Star Trek” franchise, “X-Men” franchise), who received a 2016 Golden Globe nomination for Best Performance by an Actor in a Television Series, Musical or Comedy for his role in the series, will be released on DVD Tuesday Aug. 30, from Anchor Bay Entertainment.

The series from MRC is also executive produced by Jonathan Ames (creator and showrunner), Stephanie Davis and Tristram Shapeero.

Calling all Patrick Stewart and Seth MacFarlane fans! Front Row Features is giving away two copies of the complete first season of STARZ’ outlandish comedy series “Blunt Talk” on DVD. To enter, simply email socalmovieeditor@aol.com by Tuesday Sept. 6 for your chance to win, and don’t miss when the series returns for its second season Sun., Oct. 2 at 8:35 p.m.