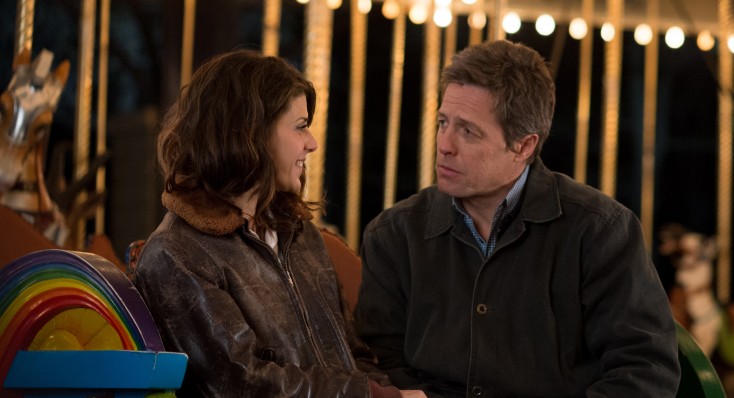 With the long winter of 2015 finally coming to an end, audiences may get inspired to head to the great outdoors with the Blu-ray and DVD release Tuesday, March 31 of “Wild,” the adventure film starring Academy Award winner Reese Witherspoon.

Available from Twentieth Century Fox Home Entertainment, the Fox Searchlight Pictures drama tells the story of one woman’s journey of self-discovery. This heartwarming drama is based on Cheryl Strayed’s best-selling book.

Witherspoon, who already earned an Academy Award for her portrayal of country music legend June Carter Cash received yet another nomination from her peers earlier this year for her unflinching depiction of Strayed.

Directed by “Dallas Buyers Club’s” Jean-Marc Vallée, “Wild” recounts the reckless behavior of Strayed (Witherspoon), who makes a rash decision to embark on a challenging trek across the Pacific Crest Trail. With absolutely no experience, she sets out to hike more than 1,000 miles all on her own in what becomes an unforgettable journey of transformation and redemption that strengthens and ultimately heals her.

The Blu-ray and DVD are packed with behind-the-scenes featurettes, an interactive trail map, audio commentary and deleted scenes, all designed to take audiences deeper into Nick Hornby’s adaptation of Strayed’s first-person memoir, “Wild: From Lost to Found on the Pacific Crest Trail,” which recounts her hike along the trail, which stretches from Mexico to Canada.

The release is packed with bonus features, including a chance for fans to go behind-the-scenes in “The Real Location Is The Best Location,” which delves into the authentic shooting process at the Pacific Crest Trail—the actual location where Cheryl Strayed began her journey. In “The Real Cheryl Strayed,” viewers learn about the woman who inspired it all. Book and movie fans also receive a touching story extension in a collectible booklet from author Cheryl Strayed when they purchase the movie on Blu-ray.

If you’ve been missing a good old-fashioned Hugh Grant love story reminiscent of the ones he starred in with beautiful Hollywood starlets in the 1990s, then “The Rewrite,” may be for you. This throwback to cleverly written rom-coms of yesteryear is due out on Blu-ray and DVD Tuesday.

Fun fact: “The Rewrite” is the fourth collaboration between Lawrence and Grant who previously teamed up on “Two Weeks Notice,” “Music and Lyrics,” and “Did You Hear About The Morgans?”

The plot: Once upon a time, Keith Michaels (Grant) was an award-winning Hollywood screenwriter, but divorce and a string of unsuccessful films have left him with nothing but bad debts and blank pages. So when his agent arranges a job as guest screenwriting professor at a remote university in upstate New York, a desperate Keith can’t say no. Initially hoping to give minimal effort to actual teaching so he can focus on his next script, Keith unexpectedly finds himself becoming invested in his students lives, including Holly (Tomei), a single mom looking to write her own new chapter.

Extras include a making-of “The Rewrite” as well as deleted scenes.

If you’re in the mood for a little more action and out-of-this-world adventure then “Harlock: Space Pirate,” may be what you seek. It is available Tuesday on Digital HD, On Demand and DVD.

A mysterious space pirate of the future, Captain Harlock, is determined to return his death ship and loyal crew to a battered Earth, which has been declared off-limits by the intergalactic Gaia Coalition. The rogue captain comes up with an incredible plan to go back in time to rescue Earth, but that includes the destruction of everything, as it exists.

A young soldier of the Gaia Coalition volunteers to go undercover on the infamous skull ship and assassinate Harlock, but he soon discovers things are not as they seem. As dark secrets of the past are uncovered, the fate of the entire universe teeters on a very thin edge. The original Japanese version is included on the DVD.[/private]