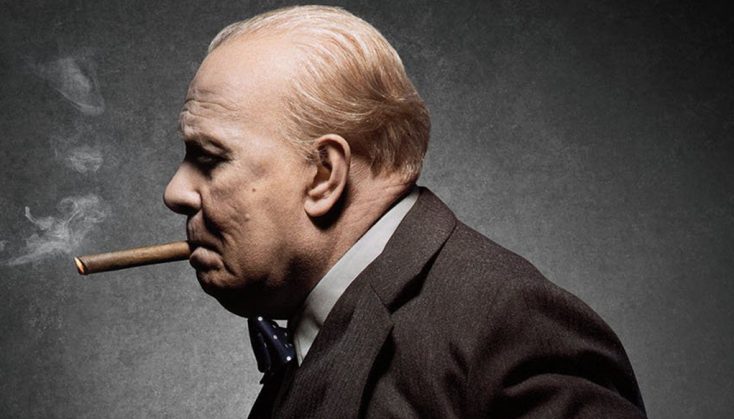 The new 4K Ultra HD edition of “Lara Croft: Tomb Raider” includes a commentary with director Simon West on the 4K UHD disc, as well as a commentary from the filmmaker on the Blu-ray disc, along with featurettes about crafting “Lara Croft,” creating the visual effects, the stunts, deleted scenes, the U2 music video “Elevation” (“Tomb Raider” mix), a featurette called “Are You Game?” and more.

The new 4K Ultra HD edition of “Lara Croft: Tomb Raider—The Cradle of Life,” includes a commentary by director Jan de Bont on the 4K UHD disc, as well as a commentary from the filmmaker on the Blu-ray disc, deleted/alternate scenes (with optional de Bont commentary), as well as featurettes on the training, vehicles and weapons, stunts, visual effects, scoring, Gerard Butler’s screen test, Korn’s “Did My Time” music video and The Davey Brothers’ “Heart Go Faster” music video.

The home entertainment editions include a feature commentary from director Wright and two exclusive behind-the-scenes featurettes showing Oldman’s extraordinary transformation into Churchill and gives an inside look at the making of the film.

With his party questioning his every move, and reigning King George VI (Ben Mendelsohn) skeptical of his new political leader, it is up to Churchill to lead his nation and protect them from the most dangerous threat ever encountered in the nation’s history. The film also stars Academy Award nominee Kristin Scott Thomas (“Tomb Raider,” “The English Patient”) as Churchill’s devoted wife and Lily James (“Downton Abbey,” “Cinderella”) as his secretary.

Disney Pixar’s “Coco”—the story of a 12-year-old aspiring musician’s extraordinary journey to the magical land of his ancestors—arrives on 4K Ultra HD, Blu-ray, DVD and On-Demand Tuesday Feb. 27. It also is available digitally in HD and Movies Anywhere.

Through all-new bonus material, viewers will tag along with filmmakers as they soak in Dia de los Muertos (the Day of the Dead celebration) in Mexico; explore the essential role of music in “Coco” and learn how the cast and crew personally connect with the film’s heartwarming message. Viewers also may step behind the scenes to discover the inspiration behind the film’s creative costume creations; Miguel’s beautifully complicated family; Dante the loyal Xolo dog; and the stunning worlds of both the dead and the living. Additionally bonus features include deleted scenes, filmmaker commentary on the music of Coco and more.

The Academy Award-nominated animated feature “Coco” is packaged several ways to ensure viewers get the most out of their in-home viewing experience. The multi-screen edition (formerly the Blu-ray combo pack) includes Blu-ray, DVD and a digital copy, giving viewers the flexibility to watch the film on different devices. Those with 4K Ultra HD capability may opt for Digital 4K Ultra HD or the 4K UHD combo pack, which includes 4K UHD, Blu-ray and a digital copy. The 4K Ultra HD edition provides four times the resolution of HD, bringing the rich color, textures and sounds to life and immersing viewers in two fantastically animated worlds. Dolby Atmos audio heightens the score created by Oscar-winning composer Michael Giacchino and his 83-piece orchestra, as well as original songs like “Remember Me” by the Oscar-winning team behind “Frozen,” Kristen Anderson-Lopez and Robert Lopez.

Disney is adding its beloved animated classic, “Lady and the Tramp” into its Walt Disney Signature Collection with its arrival on Blu-ray Tuesday Feb. 27. The timeless animated tale is loaded with three versions of the film, classic bonus material and three all-new features.  The film classic also is available on digital formats and on Movie Anywhere.

The animated treasure tells the story of Lady, a lovingly pampered cocker spaniel, and Tramp, a freewheeling mutt with a heart of gold. Through the Signature Collection edition, viewers can relive the pair’s thrilling adventures, sing along with the film’s unforgettable songs like “Bella Notte” and swoon over one of the most memorable movie moments of all time—the iconic scene in which Lady and Tramp share a plate of spaghetti and an accidental kiss.

Acorn DVD is slated to release on DVD Tuesday Feb. 27 the Scandinavian crime drama “Rebecka Martinsson: Series 1,” based on Swedish author Asa Larsson’s best-selling crime novels. The eight-episode Series 1 stars Ida Engvoll (“The Bridge”) as an unconventional lawyer in Stockholm who must return to her remote hometown when a childhood friend suddenly dies.  Although the death had been ruled an accident, Martinsson finds evidence of murder and contacts her friend in the police force, Anna Maria Mella (Eva Melander). Together they hunt for a killer, but what they uncover might shake Martinsson to her core. With more cases to solve, she has to prove herself an asset to Mella’s police team, and whether to go back to her big-city life in Stockholm or stay in Kiruna (in the Arctic Circle) and confront her past. The two-disc “Rebecka Martinsson: Series 1” is available for a suggested retail price of $49.99. It premiered in the U.S., last November on Acorn TV.

In honor of the 90th Academy Awards on Sunday, March 4, Front Row Features is giving away two critically acclaimed films up for Oscars at the ceremony this year. For families, we’ve got three copies of one of Disney Pixar’s best films to date, “Coco,” on Blu-ray/DVD Combo Pack, and for history buffs, we have three copies of the gripping Winston Churchill drama, “Darkest Hour,” on Blu-ray/DVD Combo Pack. To enter the contests, simply email socalmovieeditor@aol.com by Monday March 5 with the name of which Blu-ray you want to win in the subject line. Good luck!