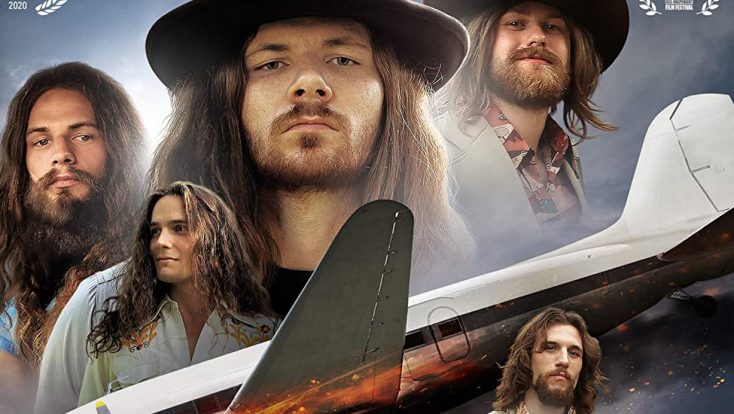 This June, Andre Gower (“The Monster Squad”) faces Baby Frankenstein. The comedy/horror is on VOD and DVD on 6/30 from Wild Eye Releasing.

“Baby Frankenstein” is the story of Lance and his unlikely friendship with a self-aware, pint-sized automaton. Patrick McCartney and Bill Rutkoski co-star in a Jon YonKondy film.

Gravitas Ventures, a Red Arrow Studio company, will be releasing “Beyond Driven” on VOD and all digital platforms Tuesday June 30, from filmmakers Riyaana Hartley and Vincent Tran.

“Beyond Driven” tells the story of Lella Lombardi, former butcher’s delivery driver and ex Formula 3 Championship runner up. At the Spanish Grand Prix in 1975, Lombardi became the first, and still only, female driver to win F1 World Championship points. During one of the most controversial weekends in F1 history, set amid a notoriously dangerous Barcelona street circuit, spectator deaths, driver boycotts, a huge first corner crash, and a shortened race, Lombardi made history and recorded a feat that is yet to be bettered more than 45 years later.
Having broken a truly remarkable glass ceiling through sheer tenacity, Lombardi continued to race, but never reached the same heights again. Her death left behind a mysterious personal life but sparked a powerful legacy for female drivers to aspire to. For the first time, explore the incredible life of this overlooked sporting and cultural icon, through the eyes of today’s leading female drivers from across the globe.

Based on true events that took place at the outset of the Georgian Civil War, “Dede” takes place in the rural and isolated community of Svaneti, where a Caucasus Mountain people far removed from the modern world live, a patriarchal society that revolves around forced marriages, pride and tradition dictate the code of daily life.

Dina (Natia Vibliani) is a young woman promised by her draconian grandfather to David (Nukri Khachvani), one of the soldiers returning from the war. Once a marriage arrangement is brokered by two families, failure to follow through on the commitment is unthinkable. Unfortunately, Dina finds herself unable to love her fiancée, and instead falls for his handsome friend, Gegi (George Babluani), who saved David’s life during the war. Humiliated after she reveals her true feelings, David attempts to kill his friend, but fails, and takes his own life rather than lose face. Dina is rattled, but relieved at the same time and quickly marries Gegi. The pair then flee the village and attempt to make a new life in a nearby community, but the ill sentiment harbored by David’s family doesn’t subside any more quickly than the harsh, unforgiving conditions that are an ever-present part of life in Svaneti.

A perfect storm of action is unleashed when “Force of Nature” premieres in households everywhere through Digital and On Demand Tuesday June 30, from Lionsgate. It also be released at the same time on Blu-ray (plus Digital) and DVD.

In this edge-of-your-seat action-thriller, a violent Category 5 hurricane strikes. As disgraced cop Cardillo (Emile Hirsch, “Into the Wild”) races to evacuate an apartment building, he comes across Dr. Troy (Kate Bosworth, “Superman Returns”) and her retired detective father, Ray (Gibson). When a murderous gang of thieves arrives to rob a wealthy tenant, they must join forces to battle the criminals and escape with their lives before the entire city is deep underwater. David Zayas, Stephanie Cayo and Will Catlett also star.

Miss Fisher and the Crypt of Tears

Partially crowdfunded by the series’ die-hard fans, “Miss Fisher and the Crypt of tears” continues the story of the global sensation with all-new rollicking adventures and is “Miss Fisher’s Murder Mysteries’” first new installment since 2015, when the third and final season of the series aired where it originated, Australia.

Reprising her lead role is award-winning actress, Essie Davis (“The Babadook,” “Game of Thrones”) as the beloved 1920s-era Melbourne detective, the Honourable Miss Phryne Fisher. In this all new mystery, Phryne frees a Bedouin girl from unjust imprisonment in late 1920s British Palestine, and unravels a wartime secret concerning priceless emeralds, ancient curses, and the disappearance of a forgotten Bedouin tribe.

Now on a single-disc DVD or Blu-ray ($24.99, Amazon.com), the feature-length mystery “Miss Fisher and the Crypt of Tears” also includes behind-the-scenes featurette, a Q&A with the cast, and an interview with Davis. “Miss Fisher and the Crypt of Tears” previously had its World premiere at the Palm Springs International Film Festival in January, and premiered in select theatres and on Acorn TV in March.

“Street Survivors: The True Story of the Lynyrd Skynyrd Plane Crash,” the highly anticipated drama about the tragedy that struck one the most popular rock bands (“Free Bird,” “Sweet Home Alabama”) of the 1970s, arrives on Blu-ray, DVD & Digital Tuesday June 30, from Cleopatra Entertainment.

In 1977, a plane carrying Southern rock legends mysteriously runs out of gas mid-air en route to a concert, crashing into a dangerous Louisiana swamp while killing several of the band members, crew and both pilots.

“Street Survivors: The True Story of The Lynyrd Skynyrd Plane Crash” tells the story through one of the survivors, drummer Artimus Pyle, who not only survived the fatal crash that claimed the life of the band’s founder and front man Ronnie Van Zant amongst others, but who also bravely pulled the remaining survivors out of the plane wreckage before staggering towards the nearest farmhouse in rural Louisiana to seek help. The film is written and directed by Jared Cohn.

Want to get away but stuck in quarantine at home? Never fear. Viewers are invited to sit back a while, and journey with “Traditional Wild America: Duck Hunting on the Santee Delta” in South Carolina, the country’s most picturesque environments for unique sporting adventures. The first episode of the new series will be available Tuesday June 30 on DVD for $19.95 (SRP) and via all leading digital platforms.

Tipping a hat to generations of sportsmen past, who passed down decades of tradition, craftsmanship and love for America’s natural wonders, this new series from Integrity Broadcasting Network is a passport linking the unforgettable adventures of today with the experiences of yesteryear.

Join hosts and lifelong friends, Charles Waring and Gus Smythe, as they offer their unique perspective on outdoor life, nurtured by decades of hunting and fishing expertise across a wide range of game, as well as a long history of land stewardship and sportsmanship instilled in them by their forefathers who settled in Charleston, South Carolina more than 300 years ago.

Home audiences will vibrantly experience what it’s like to stand in a blind awaiting their shot, English springer spaniel at the ready; as many sportsmen have for well over a hundred years including President Grover Cleveland and Bernard Baruch noted financier and advisor to presidents.

But more than just hunting, viewers will learn of the Santee Delta’s vast and varied history, old classic decoy collecting and the area’s strong dedication to the ethics of wildlife management and conservation. Viewers will also join Charles and Gus as they participate in the culinary delights of a Lowcountry oyster roast at sunset, the preparation and cooking of a wild duck breast with celebrated local chef F. Preston Wilson and even the festive nature of a bourbon tasting with internationally-renowned whisky writer, Hans Offringa, author of the best-selling “Field Guide to Whisky.”

Home viewers will also learn of the history of the classic double gun, valued by collectors and hunters alike, from international firearms expert G. Harris Jordan, as well as conservation from Mike Prevost, conservation director for the Nature Conservancy and Lowcountry history and culture with influential local author Richard Porcher, Ph.D.

For those taken with unique outdoor adventures, take a journey to the online home of “Traditional Wild America” (traditionalwildamerica.com). There, visitors can steep themselves in specially-produced, exclusive content not seen anywhere else: video segments featuring firearms expert Jordan imparting well-researched information about firearms, ammunition, technique and safety; Lowcountry chef Wilson, preparing wild game and more to enjoy at home or in the field; how to make the perfect Bloody Mary with host Gus and Nat Hendricks of “Sisters Sauce” and much more, including podcasts, and an online store where consumers can peruse professionally carved wood decoys, etchings and prints from the local landscapes and more.

Seven more episodes, which will begin shooting later this year, will feature Gus and Charles taking their flyrods to the Soque River in Northeast Georgia to try and land some record rainbow and brown trout, trekking to Western North Carolina for a demanding ruffed grouse hunt across the challenging and mountainous terrain and taking part in a driven deer hunt in the lowland swamps of South Carolina—a tradition dating back 300 years.