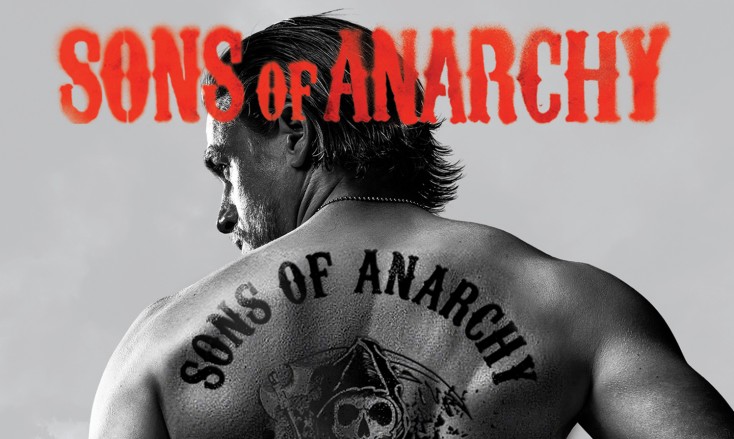 The 2014 comedy sequel “Horrible Bosses 2″ arrives in on home video Tuesday, Feb. 24, in a Combo Pack that includes a Blu-ray, DVD and HD Digital.

The movie Jason Bateman, Charlie Day and Jason Sudeikis as working stiffs Nick, Dale and Kurt, respectively. It also marks the return of Jennifer Aniston (“We’re the Millers”) and Oscar winner Jamie Foxx (“Ray”), reprising their hilarious “Horrible Bosses” roles from the hit 2011 film. Chris Pine (“Star Trek: Into Darkness”) and Oscar winner Christoph Waltz (“Inglourious Basterds”) star as new adversaries standing between the guys and their dreams of being their own bosses.

The Warner Bros comedy is directed by Sean Anders, with the screenplay by Anders and John Morris (“We’re the Millers”).

The Blu-ray includes tons of extras including an extended cut of the comedy, and the featurettes “Let the Sexual Healing Begin,” “Who Invented the Shower Buddy,” “Nick Kurt Dale Inc: Employee Testimonials,” “It’s the Shower Buddy Infomercial,” “High Speed Crash Course” and “Off the Cuff: One Liners You Didn’t See.”

The DVD contains a featurette with Bateman, Day, Sudeikis and the filmmakers called “Endless Laughter Guaranteed!”

The critically acclaimed romantic drama “Beyond the Lights” also is available Tuesday on DVD and Blu-ray.

Noni (Gugu Mbatha-Raw) is the music world’s latest superstar, but the pressures of fame have her on the edge until she meets Kaz (Nate Parker), a handsome young cop with political ambitions who’s been assigned to protect her.

Drawn to each other, Noni and Kaz fall fast and hard, despite the protests of Noni’s mother (Oscar nominee Minnie Driver) and Kaz’s father (Danny Glover). But Kaz’s love could be what Noni needs to find her own voice and break free to become the artist she was meant to be.

Released in theaters last fall, “Beyond the Lights” was nominated for an Academy Award for Best Original Song with “Grateful” by Diane Warren.

Special features on both the DVD and Blu-ray editions include deleted scenes with optional commentary by writer/director Gina Prince-Bythewood, cinematographer Tami Reiker, and editor Terilyn Shropshire; a featurette called “Escape to Mexico 2.0”; another featurette called “Gary Theard: Boom Man” and more. On the Blu-ray only, extras include the director’s cut, a featurette called “Changing the Conversation,” a commentary on the whole film by Gina Prince-Bythewood, Tami Reiker and Terilyn Shropshire and the “Masterpiece” music video. A digital HD version also comes with the Blu-ray.[private]

Relive the heart-pounding adrenaline rush of the seventh and final season of Kurt Sutter’s explosive outlaw biker saga, “Sons of Anarchy,” available Tuesday. Reeling from the death of the woman he loves, Jax Teller steers SAMCRO full-throttle down the hell-bound road to revenge, allowing nothing to stand in his way.

The streets of Charming run red with blood as shifting alliances and fatal mistakes lead to chaos, betrayal, and all-out murder. The body count soars, and dark secrets give way to darker truths, until the only question remaining is who will live and who will die.

Available on both the DVD and Blu-ray versions are deleted scenes, a gag reel, and the featurettes “Carpe Diem: The Final Season of ‘Sons of Anarchy,’” “Anarchy Legacy,” “Bikers of ‘Sons of Anarchy’: Motorcycles of Mayhem,” “SOA” Tattoo Stories, and Guests of Anarchy.

The “Sons of Anarchy” The Complete Series Set. From creator Kurt Sutter comes Sons of Anarchy, the iconic, adrenaline-charged initiation into the gritty underworld of outlaw motorcycle clubs. Hounded by law enforcement and targeted by ruthless rivals, the so-called Sons of Anarchy face an uncertain and increasingly lawless future. Meanwhile, Jax Teller is torn between loyalty to his brother bikers and the idealistic vision of his father as he faces bloodshed, treachery, and betrayal at every turn. As Jax struggles to protect his family and escape the deadly legacy of the past, alliances are forged, secrets are revealed, and the bonds of brotherhood are put to the ultimate test.

Also available Tuesday are the DVD and digital download releases of “Zombieworld.”  The no-holds-barred, post-apocalyptic film is a collection of short films focusing on survivors across the world as they struggle to overcome horrifying circumstances when a pandemic brings forth a zombie apocalypse.

Each director brings his or her take to a world of mayhem now populated with flesh-eating corpses.  Among the shorts to be included in Zombieworld is Peter Horn and Jared Marshall’s ‘Dark Times,” a blood-splattered scamper through the woods shot entirely in POV, where zombies, aliens and even Santa Claus make an appearance.

In “Zombieworld,” the zombie apocalypse has come, and the world belongs to the dead. From Ireland, Canada, Australia, Europe and all over the U.S., the news reports tell the same gruesome tale—walking corpses terrorize and devour the living. Only a few desperate humans find the courage to stand and fight for their last chance at survival. But the hordes of undead keep coming, and there’s only one thing on the menu—humans.

Among the family-friendly animated offerings available on DVD Tuesday is Disney’s “Sofia the First: The Curse of Princess Ivy.” In the animated feature-length adventure, Sofia must confront Princess Ivy, who has stolen the Amulet of Avalor, a magical totem, and threatens to destroy it, seize the crown and turn the entire kingdom black and white.

The animated feature is packed with three additional exciting episodes and a free exclusive color-changing butterfly necklace. Join Sofia, Amber and Rapunzel (voiced by Mandy Moore from Disney’s “Tangled”) on a journey to defeat the evil Princess Ivy (voiced by Anna Camp “The Help,” “Pitch Perfect”).

Extras include three additional episodes: “The Amulet of Avalor,” “Princess Butterfly” and “The Emerald Key.”

Kathy (Annelyse Ahmed) dreams of spending the summer at Black River Horse Camp for girls. But after a rodeo accident leaves her dad (Cain) with a serious leg injury, her parents have forbidden her from saddling up. Eventually their concern for Kathy’s social well being outweighs these fears, and she soon heads to horse camp. Once there she meets the camp’s resident mean girl Stacy, as well as kindhearted Lisa. Kathy is a natural in the saddle. As she competes to dethrone Stacy as Camp Princess, Kathy learns to recognize the true value of real friendship.