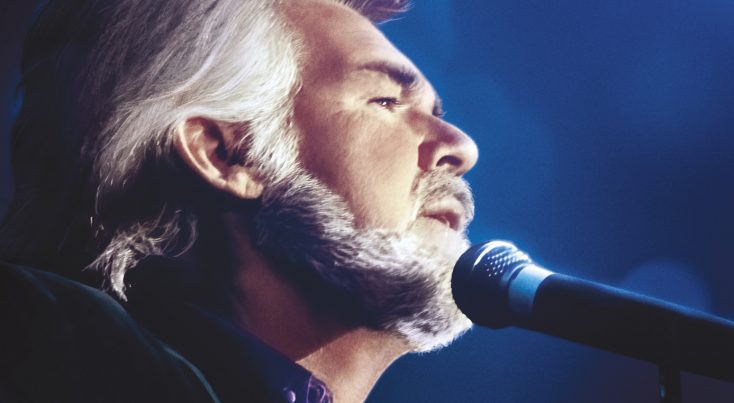 “A Dog’s Courage” arrives on Blu-ray and DVD Tuesday Aug. 18, from Well Go USA Entertainment. It also is available now on Digital.

Jacob, a feisty and playful dog abandoned by his owners, joins a pack of strays and embarks on a journey filled with fun adventures and life lessons in their pursuit to find a new and loving home in the all-new animated adventure. The film is available in both the original Korean language and an all-new English dub. Directed by Chun-Baek Lee and Oh Sung-Yoon (“Daisy, a Hen into the Wild”), the animated feature was nominated as Best Animated Feature Film at the 2019 Asia Pacific Screen Awards.

Written by Christopher Lombard (“The Writer”) and directed by Charlie Steeds (“Deadman Apocalypse”), the film stars Kate Davies-Speak (“Off Grid”), Mark McKirdy (“Electric Man”), Makenna Guyler (“King of Crime”), and newcomer Matt Swales, “The Barge People” tells the story of a group of friends that set off for a relaxing weekend away on the canals of the glorious British countryside, unaware of the flesh-eating mutants lurking in the water ready and waiting to feed.

The remarkable journey of hemophiliac mountaineer Chris Bombardier is chronicled as he embarks on a historic mission to complete Seven Summits, and inspires an international community to help those with hemophilia around the globe.

Bombardier has completed five of the climbs already, and is preparing for his journey to Nepal to reach the summit of the world’s tallest peak: Everest. Under the supervision of his doctors and with the support of his wife and uncle, the undaunted adventurer is prepared for the mountain. What he’s not prepared for is seeing the Nepalese children with destroyed joints and stricken mothers who have lost their sons due to the lack of medications available for hemophilia.

“Bombardier Blood” is an intimate and unflinching portrait of one man’s perseverance and determination. Director Patrick James Lynch captures a deeply personal story that illuminates the universality of triumphing over challenges and finding purpose.

The Comfort of Strangers

Arriving on Blu-ray and DVD Tuesday Aug. 18 is the Criterion Collection edition of the 1990 classic suspense thriller “The Comfort of Strangers.”

Adapting the acclaimed novel by Ian McEwan, playwright and screenwriter Harold Pinter lends his trademark unnerving dialogue and air of creeping menace to this spellbinding study of power, control, and the frighteningly thin line between pleasure and pain.

The new, restored 4K digital transfer, was supervised by cinematographer Dante Spinotti, with uncompressed monaural soundtrack on the Blu-ray. Extras include new interviews with Spinotti, Schrader, Walken, and editor Bill Pankow as well as interviews from 1981 and 2001 with McEwan, actress Richardson, and more.

Witness the story of a man who defied impossible odds to change the course of his life and the fate of the nation in the action-packed drama “Emperor,” arriving on Digital, DVD and On Demand Tuesday Aug. 18, from Universal Pictures Home Entertainment.

Based on the harrowing and inspirational journey of Shields Green, one of the many brave men in history, who risked his life to fight against the horrors of slavery and save his family, “Emperor” is a stirring account of an extraordinary uprising in the pre-Civil War South.

A captivating and emotional story of courage, the historic drama is based on the iconic American freedom fighter and legend Shields “Emperor” Green (Dayo Okeniyi, “Terminator Genisys,” “Shades of Blue”) a descendant of African kings turned outlaw slave. The film tells the astonishing tale of Green’s escape from slavery and his transformation into one of America’s greatest heroes. Seeking freedom for his family, Emperor fights his way north, joining the daring raid on a U.S. arsenal at Harper’s Ferry, the key battle of the abolitionist movement which helped spark the beginning of the Civil War and alter the course of American history.

“Escape: Puzzle of Fear” arrives on DVD and On Demand Tuesday, Aug. 18, from Uncork’d Entertainment.

Hotshot Hollywood agent Matthew Blake has a dark past. He thinks that he is on his way to a double date with his oldest friend to a new Escape Room in Los Angeles. When the couples are locked into the Escape Room, Matthew quickly finds himself at the center of a revenge plot meant to right the wrongs of his past, with deadly results.

Arriving just ahead of the eagerly-awaited reboot of the $1.4 billion Tony Hawk Pro Skater video game series coming this September, this definitive documentary from director Ludvig Gür tells the story of the skater turned video game mogul, and the near extinction of skateboarding culture before exploding back into the mainstream in the early 2000s.

In 1999, the video game “Tony Hawk’s Pro Skater” shook the entertainment world when it sold nine million copies upon release and changed the skateboarding scene forever. Pretending I’m a Superman is the story of the skaters and developers who came together to create the best-selling game as well as a look into how skateboarding became a part of the mainstream.

The future of Gotham is in her hands with the release of “Batwoman: The Complete First Season” on Blu-ray and DVD Tuesday Aug. 18, from Warner Bros. Home Entertainment.

Strap yourself in for an exciting ride with all 20 episodes from the first season, plus “The Best of DC TV’s Comic-Con Panels San Diego 2019,” deleted scenes and a gag reel. A limited-edition bonus disc featuring all five DC Crossover Event “Crisis on Infinite Earths” episodes will be available exclusively for fans who purchase the Blu-ray.

Kate Kane never planned to be Gotham’s new vigilante. After Batman disappeared, Gotham was in despair, until she returned. Armed with a passion for justice and a flair for speaking her mind, she soars through the shadowed streets of Gotham as Batwoman. But don’t call her a hero yet. In a city desperate for a savior, she must first overcome her own demons before becoming Gotham’s symbol of hope.

“Batwoman: The Complete First Season” will be available on DVD for $39.99 (SRP) and $44.98 (SRP) for the Blu-ray, which includes a Digital copy (U.S. only). It also is available to own on Digital via purchase from digital retailers.

RLJE Films has picked up select rights to “Cursed Films,” from Shudder, AMC Networks’ streaming service for horror, thriller and the supernatural, and will release it on Digital HD, DVD and Blu-ray Tuesday Aug. 18.

“Cursed Films” explores of the facts and myths surrounding the troubled and sometimes tragic events associated with genre classics, including “The Exorcist,” “Poltergeist,” “The Omen,” “The Crow” and “Twilight Zone: The Movie.”

Torn between loyalty to where he was raised and allegiance to his brothers in blue, former Marine Daniel “Hondo” Harrelson (Shemar Moore) has everything it takes to be an excellent leader and bridge the divide between his two worlds. With Hondo leading the charge, his team of dedicated men and women bravely put themselves at risk to protect their community and save lives. The cast also includes Alex Russell, Lina Esco, Kenny Johnson, David Lim, Patrick St. Esprit, Amy Farrington and Jay Harrington.

Bonus features on the DVD set include deleted scenes and a blooper reel.

In the second installment of producer (and Primetime Emmy winner) Ridley’s Scott’s horror-tinged anthology, World War II-era Japanese-Americans on Southern California’s Terminal Island are menaced by a “bakemono,” a folkloric specter. Suffering forced evictions and imprisonment after the attack on Pearl Harbor, the Terminal Islanders are hounded by prejudice and injustice, as well as bad omens and bizarre deaths. One of them, Chester Nakayama, decides to take on the malevolent entity, journeying to realms of evil in both the present and the distant past.

Embark on a great journey with your family — without leaving the couch! Front Row Features is giving away a copy of South Korea’s animated adventure “A Dog’s Courage” on Blu-ray to three lucky readers. To enter the contest, simply email socalmovieeditor@aol.com by Aug. 24 for your chance to win. Good luck!