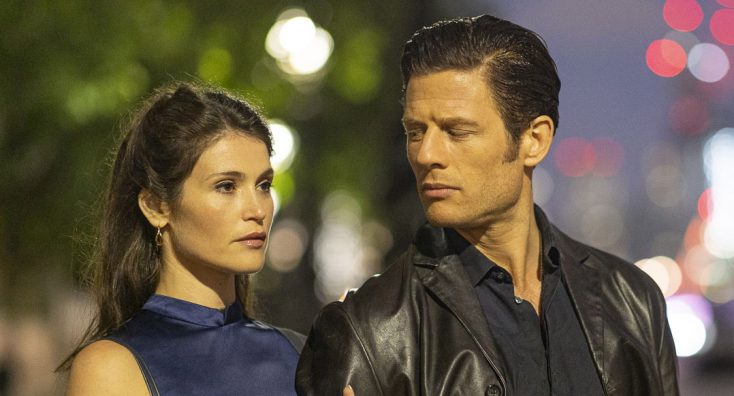 Set in 1961, the film recounts the true story of Kempton Bunton (Jim Broadbent), a 60-year-old taxi driver who stole Goya’s portrait of the Duke of Wellington from the National Gallery in London. It was the first (and remains the only) theft in the Gallery’s history. Kempton sent ransom notes saying that he would return the painting on condition that the government agreed to provide television for free to the elderly. What happened next became the stuff of legend. Only 50 years later did the full story emerge—a startling revelation of how a good man set out to change the world and, in so doing, saved his son (Fionn Whitehead) and his marriage to Dorothy Bunton (Helen Mirren).

The home entertainment editions of “The Duke” include a “making of” featurette.

“The Duke” was the final film of acclaimed British filmmaker Roger Michell, who also directed “Notting Hill” and “Venus.”

Catch Danny Aiello’s final performance when he stars in “One Moment,” a heartwarming comedy available now on DVD and Digital , from Indican Pictures.

A humorous, heart-warming story of middle-age siblings struggling to manage their lives and careers while also caring for their recently widowed aging father, Joe (Danny Aiello, “Do the Right Thing”).

Demanding and difficult, Joe stubbornly believes he is still capable of running his own life which leads to sad, but sometimes hilarious situations. Although at odds on how to best care for Joe in his final years, the family is united in wanting to ensure his well-being and help him find peace of mind—without them losing their own.

In addition to the DVD release, “One Moment” will be available Tuesday on Apple TV, Prime Video, Vudu, Google Play, DirecTV and more.

Rogue Agent brings James Norton and Gemma Arterton together in theaters and AMC+ on August 12. The IFC Film is the extraordinary and chilling story of career conman, Robert Freegard played by James Norton, with Gemma Arterton as Alice Archer, the woman who brought him down. Freegard was a master manipulator who convinced countless victims he was undercover MI5 in order to extort and kidnap them. He was at large for many years until he met the woman who would end his career. Initially falling for his charms, she became the architect of his downfall and her actions led to his conviction and arrest. A tale of lies, loyalty, fear and hope, this film will follow years of manipulation, investigation and the high-stakes manhunt that resulted in Freegard’s capture and saved the life of his final victim.

Coming from IFC Films is Resurrection starring Rebecca Hall, Tim Roth and Grace Kaufman. The Andrew Semans directed film is about the simple life of Margaret (Rebecca Hall). She is capable, disciplined, and successful. Soon, her teenage daughter, who Margaret raised by herself, will be going off to a fine university, just as Margaret had intended. Everything is under control. That is, until David (Tim Roth) returns, carrying with him the horrors of Margaret’s past. Resurrection is currently in theaters and releases digitally and on demand on August 5.

Get ready to embark on a compelling journey through life in New York in the late 1800s, as Warner Bros. Home Entertainment brings “The Gilded Age: The Complete First Season” is in stores now.

The box set includes all nine episodes from the first season of the historical drama that won fans over with its charming cast and compelling storylines with over two hours of bonus content including an all-new featurette.

From Emmy and Academy Award winning writer Julian Fellowes (“Downton Abbey,” “Gosford Park”), and recently renewed for a second season by HBO, “The Gilded Age: The Complete First Season” takes place during a period of immense economic change, of huge fortunes made and lost, and the rise of disparity between old money and new.

A wide-eyed young scion of a conservative family, Marian, embarks on a mission to infiltrate the wealthy neighboring clan of her aunts Agnes van Rhijn and Ada Brook, dominated by ruthless railroad tycoon George Russell and his ambitious wife, Bertha, meeting new people like aspiring writer Peggy Scott, along the way. In this brand new world that is on the brink of the Modern Age, Marian must decide whether to follow the established rules of society, or forge her own path.

Co-executive producers are Sonja Warfield (“Will and Grace”), who also writes, and Dr. Erica Armstrong Dunbar, who serves as historical consultant.

“The Gilded Age: The Complete First Season” is available to own on DVD for the suggested retail price (SRP) of $24.98 SRP ($29.99 in Canada) and will also be available to own on Digital via purchase from all major digital retailers. The series is now available exclusively for streaming on HBO Max.

RLJE Films, a unit of AMC Networks, will release the Western series, “That Dirty Black Bag: Season 1” on DVD and Blu-ray. The series premiered on AMC+ in March.

In a town full of bounty hunters, bandits and bloody vendettas, Arthur McCoy is the incorruptible sheriff who’s trying to overcome his troubled past to bring law and order to this new frontier. On the other side of things is Red Bill, an infamous solitary bounty hunter known for decapitating his victims and stuffing their heads into a dirty black bag. When the paths of these two men collide, they both learn that in the wild west, there are no heroes, nobody is invincible, and the predators may become the prey.