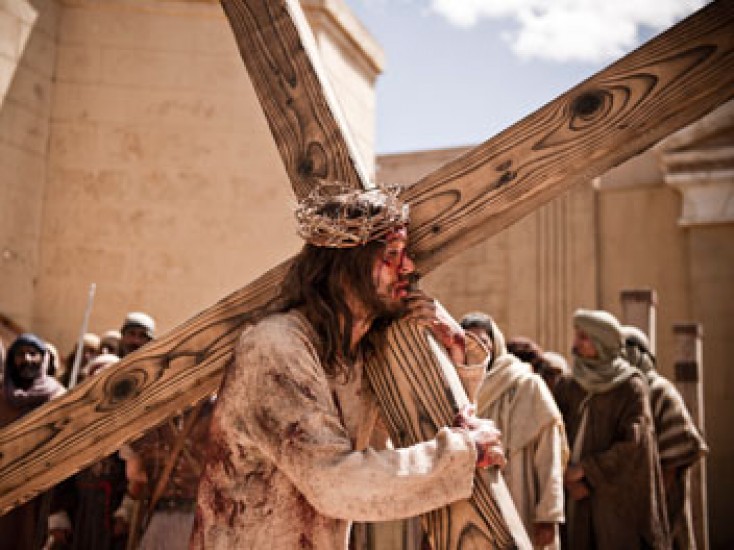 Joel Kinnaman was only seven years old when Paul Verhoeven’s cautionary sci-fi drama “RoboCop” came out. It was an iconic film for the Swedish-American actor, so when he heard from his agent that the film was set for a reboot, he thought he would be interested in watching it as a viewer, but worried it would be tricky as an actor to step into the big steel boots of Peter Weller, who played the original half-machine, half-human police officer in the 1987 version.

What changed his mind was hearing that Brazilian filmmaker Jose Padilha (the “Elite Squad” films) was going to helm the update. Kinnaman, who starred in the Swedish thriller “Easy Money” and the acclaimed independent romantic comedy “Lola Versus,” figured it would be a risk worth taking in capable hands.

The tall, blond actor, who bears a striking resemblance to a young Keith Carradine, says he was then game to tackle the role. The update is set in the year 2028, and Kinnaman, 34, plays Alex Murphy, a loving husband, father and good cop doing what he does best—trying to stem the tide of crime and corruption in Detroit.

Released theatrically in February, the remake took in a respectable $242 million in worldwide box office. (It fared better overseas than domestically.) “RoboCop” is now available on Digital HD and arriving on Blu-ray, DVD and VOD on Tuesday, June 3.

When Alex is critically injured in a criminal attack, executives from a company called OmniCorp, a robot technology firm, convince his wife (Abbie Cornish) to allow them to save him by replacing the destroyed parts of his body with robotic technology. OmniCorp has other than altruistic reasons to save Alex. There’s a fortune to be made selling robots with a human brain to the nation’s law enforcement agencies. But the greedy tycoon (played with cool menace by Michael Keaton) behind the project didn’t consider the fact that there is still a man fighting inside the machine.

Playing a charismatic, sweater-wearing Bill Gates-type, Keaton’s OmniCorp chief Raymond Sellars is actually bent on making his prototype work no matter what the consequences. He didn’t count on the human within the machine to be a problem for him, though.

Having once spent a great deal of time confined inside an uncomfortably rigid Batman suit, Keaton told reporters prior to the film’s theatrical release that he could relate to the constricting costume that Kinnaman had to wear as the hybrid cop/machine, but ribbed him nonetheless.

“I got no sympathy from Michael Keaton when I got my suit,” Kinnaman said. “He was like shut the f*** up! You’ve got it easy. They had to glue my suit on!”

The “RoboCop” Blu-ray is chock full of material, with nearly an hour of extra features and featurettes, taking fans behind-the scenes of OmniCorp to witness the future of law enforcement, revealing the secrets of director Padilha, and exploring the making of the film.

In conjunction with the Blu-ray and DVD release, Metro- Goldwyn-Mayer Studios (MGM) and Twentieth Century Fox Home Entertainment and the city of Detroit will honor the iconic crime fighter that helped save the city with RoboCop Day. The festivities will kick off with a dedication of the new monument honoring the legendary hero that will soon have a home in the city. Fans can also participate in a meet-and-greet with RoboCop, get an exclusive look at the motorcycles and props from the movie, see a mock of the statue, and get free cupcakes courtesy of Just Baked. RoboCop will then hit the streets on the way to Comerica Park to throw out the first pitch before the Detroit Tigers take on the Toronto Blue Jays.

Also arriving on Blu-ray and DVD Tuesday, June 3 is the box office hit “Son of God,” which brings the story of Jesus Christ to life to audiences through inspirational storytelling. Told with the scope and scale of an action epic, this production presents powerful performances, exotic locales, dazzling visual effects and a rich orchestral score by Hans Zimmer and Lorne Balfe. “Son of God” chronicles Jesus’ life from his humble birth through his teaching, crucifixion and resurrection.

Christopher Spencer directs this epic bible film, which was produced by Emmy award-winning husband and wife Roma Downey and Mark Burnett through their LightWorkers Media. The film has grossed nearly $68 million worldwide since its February 28 release.

The “Son of God” Blu-ray and DVD special features include a 30 minute docu-story about Christians today, a featurette called “Jesus for a New Generation,” a making-of video (including a Spanish version), behind-the-scenes on set and a compassion video.

For 12 seasons, Christopher Meloni played NYPD detective Elliot Stabler on “Law & Order: Special Victims Unit.” Then his character abruptly resigned—offscreen—in the 13th season premiere. The official story was that Meloni left the show over a contract dispute with the producers.

The dramedy centers on a divorced used car salesman (Meloni), who encourages his slacker teenage son (Devon Bostick) to work one summer on the lot with him and his longtime business partner (played by “Breaking Bad’s” Dean Norris), in hopes of sparking a sense of responsibility in the kid. But the veteran salesman’s remarried ex-wife (Bridget Moynahan) isn’t sold on the idea, because she wants her son to finish school and go to college so he can become a financial success like his stepfather.

Based loosely on writer/director Joel Surnow’s own experience with his salesman father, “Small Time” is a story about how following one’s own path is more important than simply accumulating wealth.

The Blu-ray/DVD includes an audio commentary with Surnow (“24” co-creator), Meloni and Norris.

In anticipation of the June 13 theatrical release of “How to Train Your Dragon 2,” the highly-anticipated sequel to 2010’s hit animated feature, Twentieth Century Fox Home Entertainment has released the second part of the award-winning top-rated TV series “DreamWorks Dragons: Defenders of Berk.” Based on “How to Train Your Dragon,” Hiccup and his friends embark on new adventures and battle to protect their island home of Berk. The young Vikings must put their dragon training skills to the test to defeat dangerous and surprising new enemies.

The series features the same voice talents from the film including Jay Baruchel, America Ferrera and Christopher Mintz-Plasse and. The DVD is jam-packed with special features that dive deeper into the exciting world of dragons, include Dragon Tracker Part 4, featuring an in-depth look at Skrill, Baby Thunderdrums and Speed Stinger dragons, along with a special sneak peek of Snaptrapper, a dragon who will debut in “How to Train Your Dragon 2.”

“Evolution of Skrill” is a featurette with visual effects supervisor David Jones explaining the history behind the mysterious and scary dragon. Another feature is a “Here Comes the Fire” Dragon Mash up music video.