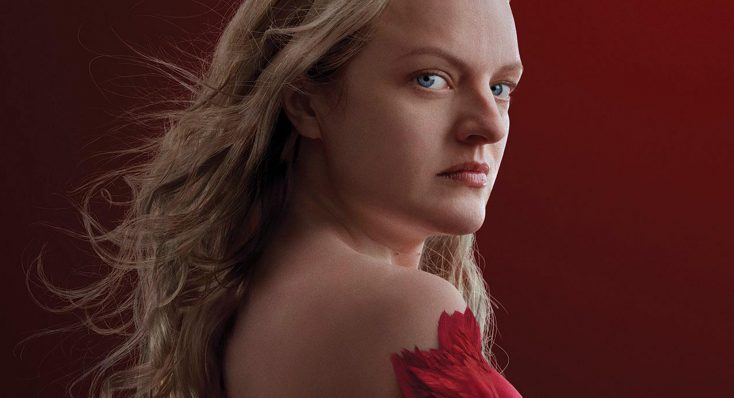 Death on the Nile (Mystery)

Based on Agatha Christie’s beloved 1937 novel, director Kenneth Branagh and an all-star cast bring new life to one of the most popular murder mysteries of all time, “Death on the Nile,” available on 4K Ultra HD, Blu-ray and DVD Tuesday April 5. It also is available now on Digital platforms.

Belgian sleuth Hercule Poirot’s (Kenneth Branagh) spectacular Egyptian vacation aboard a river boat becomes a terrifying search for a murderer after a picture-perfect couple’s honeymoon is cut tragically short. This classic tale of passion and jealousy is filled with wicked twists and turns until its shocking finale.

Bonus features include several featurettes about the making of the film as well as eight deleted scenes.

A heartwarming behind-the-scenes look at the horse-racing profession is at the center of “Jockey,” arriving on Blu-ray and DVD Tuesday April 5, from Sony Pictures Home Entertainment.

An aging jockey (Clifton Collins Jr.), hopes to win one last title for his longtime trainer (Molly Parker), who has acquired what appears to be a championship horse. But the years—and injuries—have taken a toll on Jackson’s body, throwing into question his ability to continue his lifelong passion. The arrival of a young rookie rider (Moises Arias) who claims to be Jackson’s son further complicates the path to fulfilling his dream.

Instilled with an immediately engaging realism by filmmakers Clint Bentley and Greg Kwedar, “Jockey” takes audiences inside the “backside” of racetrack life in a way no other film has. Filmed at a live racetrack in Arizona, and featuring real jockeys, “Jockey” reveals the true rider experience—real life, behind the track.

The Blu-ray and DVD editions of “Jockey” include deleted scenes.

While searching for the parents she never knew, a young woman returns to her childhood stamping grounds with her boyfriend to investigate her family’s whereabouts in the terrifying horror-thriller “The Long Night,” debuting on Blu-ray and DVD Tuesday April 5, from Well Go USA Entertainment.

However, her search takes a bizarre turn when a nightmarish cult looking to fulfill a twisted apocalyptic prophecy arrives to terrorize the couple.

Bonus materials include three behind-the-scenes featurettes, “The Birthing,” “The Look” and “The Score;” plus a director’s commentary and director Rich Ragsdale’s award-winning short film “The Loop.”

Two women, Janis and Ana, coincide in a hospital room where they are going to give birth. Both are single and become pregnant by accident. Janis, middle-aged, doesn’t regret it and she is exultant. The other, Ana, an adolescent, is scared, repentant and traumatized. Janis tries to encourage her while they move like sleepwalkers along hospital corridors. The few words they exchange in these hours will create a very close link between the two, which by chance develops and complicates, and changes their lives in a decisive way.

The much-anticipated new “Scream” from Paramount Pictures and Spyglass Media Group arrives on 4K Ultra HD, Blu-ray and DVD Tuesday April 5, from Paramount Home Entertainment. The all-new horror movie also is available now on Digital platforms. In addition, fans can own both the new 2022 movie and the original 1996 hit in a “Scream 2-Movie Collection” on 4K Ultra HD or Blu-ray.

The new “Scream” reunites Neve Campbell, Courteney Cox and David Arquette who come together to help a group of fresh victims—and uncover a host of new suspects.

The Digital, 4K Ultra HD, and Blu-ray releases are gushing with to-die-for bonus content, including deleted scenes, interviews with the new and returning cast, plus a look at the legacy of horror legend Wes Craven.

RLJE Films, a unit of AMC Networks, has picked up select rights to “Vicious Fun,” from Shudder, AMC Networks’ premium streaming service for horror, thriller and the supernatural, and will release the horror film on VOD, Digital HD, DVD and Blu-ray Tuesday April 5.

Joel is a caustic film critic for a national horror magazine who unwittingly finds himself trapped in a self-help group for serial killers. With no other choice, he attempts to blend in with his homicidal surroundings or risk becoming the next victim.

Bonus features include a filmmaker commentary, deleted scenes and alternate takes, a blooper reel, “From Script to Screen” featurette, a behind-the-scenes photo gallery and more.

“The Handmaid’s Tale: The Complete Fourth Season” will include all 10 episodes of the series’ thrilling fourth season. From Emmy-winning executive producer Bruce Miller (“The 100”) and starring Emmy award-winning actress Elisabeth Moss (“Top of the Lake,” “Mad Men”), “The Handmaid’s Tale” tells the story of June Osborn (Moss), a handmaid who is one of the caste of women forced into sexual servitude as an attempt to repopulate a devastated world.

In season four, June (Moss) strikes back against Gilead as a fierce rebel leader but the risks she takes bring dangerous new challenges and her quest for justice and revenge threatens to consume her.

Based on the novel by world-renowned Canadian author Margaret Atwood, “The Handmaid’s Tale” was created for television by Bruce Miller.

“The Honeymooners Specials: The Complete Collection” is available now on DVD, from MPI Media Group.

In “Second Honeymoon,” on the Kramden’s 25th wedding anniversary, Ralph plans to remarry Alice in a special ceremony at the Raccoon lodge. However, the festivities become overshadowed when Ralph believes Alice is pregnant and old pal Ed Norton begins to teach him how to take care of a baby​.

In “Valentine Special,” Alice Kramden secretly plans to buy husband Ralph a suit for Valentine’s Day but Ralph thinks she’s sizing him up for a coffin after he finds incriminating items, including a life-insurance policy. Believing Alice is seeing another man, Ralph gets pal Ed Norton to join him undercover, dressed in drag.

In “A Christmas Carol,” Ralph enlists Alice, Ed and Trixie to perform with him on stage after he agrees to supervise and star in the annual office holiday fund-raiser for a charity chosen by his boss’ wife. Ralph ends up rewriting and reimagining Charles Dickens’ dramatic classic A Christmas Carol with comedic results when Ed serves as the inexperienced director.

Calling all horror fans! Front Row Features is giving away a copy of “The Long Night” on Blu-ray to three brave readers who think they can watch the terrifying thriller without having nightmares all night long. To enter the contest, simply email socalmovieeditor@aol.com by April 11 for your chance to win. Good luck!