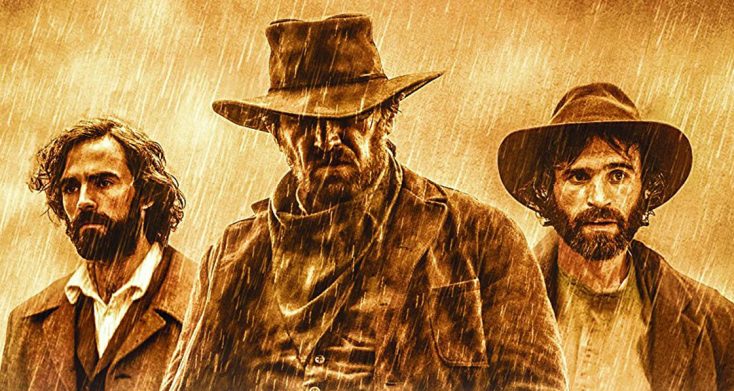 Delivering an exciting in-home experience is the Ultimate Cinematic Universe Edition (packaged with a collectible poster while supplies last), the fantasy action adventure comes packaged to include a 4K Ultra HD version of the film, a Blu-ray, a digital copy and more than 80-minutes of exclusive, never-before-seen bonus materials. Bonus features include a making-of featurette, which takes viewers behind the scenes with the movie’s cast of misfits and team of filmmakers, debuts an all-new original music video starring “Knight Rider’s” David Hasselhoff and special guests, outtakes, deleted scenes, audio commentary by director James Gunn and more.

Set to the all-new sonic backdrop of Awesome Mixtape #2, the film’s storyline continues the team’s adventures as they traverse the outer reaches of the cosmos. The Guardians—Chris Pratt as Peter Quill/Star-Lord, Zoe Saldana as Gamora, Dave Bautista as Drax, Vin Diesel as the voice of Groot, and Bradley Cooper as Rocket—must fight to keep their newfound family together as they unravel the mystery of Peter Quill’s true parentage. Old foes become new allies and fan favorite characters from the classic comics will come to our heroes’ aid as the Marvel Cinematic Universe continues to expand.

Marking the first Western to be made in Ireland, Series 2 of the ambitious, character-driven drama “Dominion Creek,” makes its DVD debut Tuesday Aug. 22, from Acorn TV, an RLJ Entertainment brand. After Season 1 won four Irish Film and TV Awards (IFTA), including Best Drama, Lead Actor and Script, Series 2 was nominated for a record 10 IFTA awards, including Best Drama, Best Actor, Best Director, and Best Cinematography. The gripping four-part miniseries stars Owen McDonnell (“Single Handed”), Sean T.O. Meallaigh (“Vikings”), and IFTA’s Best Lead Actor winner Dara Devaney (“Above Suspicion”) as the Connolly brothers; three Irish emigrants seeking riches in the American Gold Rush. In Series 2, as the Connolly brothers continue to grow their influence in Dominion Creek, two new arrivals into town are set to change everything. The storylines and characters draw from historical accounts and are inspired by real life tales of people who experienced the Klondike Gold Rush in the 1890’s. This DVD two-disc set features four episodes ($39.99 SRP). Series 2 made its U.S. premiere in April on Acorn TV.

Having established themselves as a powerful force to be reckoned with in the town of Dominion Creek, the Connolly brothers stand united against the dangerous turmoil of the Yukon’s remote Klondike Valley during the 1890s gold rush. Eldest brother Tom (McDonnell) emerges as the leader of the clan and is determined to build an empire for the family, no matter the cost. While kind-hearted Padraig (O’Meallaigh) proposes marriage to his sweetheart and continues his humanitarian work, hot-headed Seamus (Devaney) begins to realize that if they are to succeed, he must trust Tom’s ambition.

The brothers anxiously await Captain Pat’s (Ned Dennehy, “Peaky Blinders”) trial for the murder of Skookum Jim, but a shady judge (Timothy V. Murphy, “Appaloosa”) and his partner (Duane Howard, “The Revenant”) might prevent justice from being served. Against the growing lawlessness in Dominion Creek, typhoid ravages the town’s residents, and Padraig is forced to make a choice between his family’s success and the greater good of the community.

The second part of the Second Season of Acorn TV’s heartwarming Aussie-Kiwi dramedy “800 Words” makes its DVD debut Tuesday Aug. 22. After its breakout success and No. 1 ranking in Australia, a second season with twice as many episodes was commissioned to air in two installments. The season’s final eight episodes continue with the saga of George Turner (Erik Thomson, “Packed to the Rafters”), a man looking to make a new home for himself and his family, in a strangely beautiful and quirky New Zealand coastal town. The series has received Logie Awards for Best Actor for Thomson and Most Outstanding Newcomer for Melinda Vidler as George’s daughter Shay. The two-disc DVD set features eight episodes ($49.99 SRP). “800 Words: Season 2” made its U.S. premiere in May on Acorn TV.

With his family back together, George Turner and his kids, Shay and Arlo (Benson Jack Anthony), fall into the comfortable routine of life in the small, quirky New Zealand town of Weld.

Arlo prepares for the new school term and tries to maintain a long-distance relationship, while Shay considers becoming an artist. George has a steady job writing for the local newspaper and his budding relationship with Fiona (Michelle Langstone, “The Almighty Johnsons”) is the talk of the town. But shocking news from Jan (Bridie Carter, “McLeod’s Daughters”) threatens to turn George’s comfortable life upside down. Rick Donald (“A Place to Call Home”), Emma Leonard (“Home and Away”), Anna Jullienne (“The Blue Rose”), and Ditch Davey (“Spartacus: War of the Damned”) also star in the series.

Evil just can’t catch a break as Season 2 of the hilarious, critically acclaimed horror series “Ash vs Evil Dead” arrives on Blu-ray (plus Digital HD) and DVD Tuesday Aug. 22 from Lionsgate. Locked and loaded with the same twisted humor and gory kill scenes groovy fans of the franchise are used to, the second season continues the chainsaw-slicing, shotgun-blasting fun from the first season. Starring Bruce Campbell (“The Evil Dead” franchise), Lucy Lawless (“Spartacus: War of the Damned”), Ray Santiago (“In Time”) and Dana DeLorenzo (“A Very Harold & Kumar 3D Christmas”), as well as the season’s introduction of Lee Majors (“The Six Million Dollar Man”) as Ash’s father.

This season kicks off with Ash leaving his beloved Jacksonville and returning to his home town of Elk Grove. There, he confronts Ruby, only to find that she too is now a victim of evil and in need of Ash’s help. The former enemies have to form an uneasy alliance to give them a chance of success as Elk Grove soon becomes the nucleus of evil.

The home entertainment release of “Ash vs Evil Dead: Season 2″ includes audio commentaries, eight behind-the-scenes featurettes, and a “Fatality Mash-Up.” The title will be available on Blu-ray and DVD for an SRP of $43.99 and $34.98, respectively.