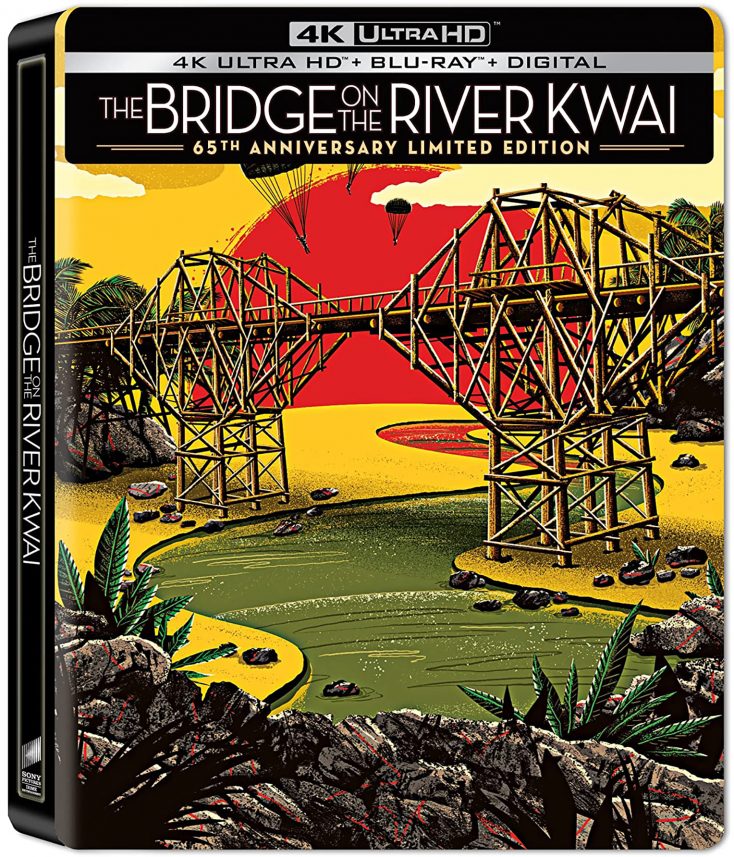 When an ambulance is hijacked by two brothers after a bank robbery gone wrong, they must make an escape through Los Angeles in “Ambulance,” which will be available to own on 4K Ultra HD, Blu-ray and DVD Tuesday June 14, from Universal Pictures Home Entertainment.

“Ambulance” is filled with never-before-seen bonus content including six behind-the-scenes featurettes including one in which the stars discuss what it’s like working with the famous action director, and more.

In “Ambulance,” veteran Will Sharp (Abdul-Mateen II, “Candyman”), desperate for money, turns to his adoptive brother Danny (Gyllenhaal, “End of Watch”) for help. A career criminal, Danny instead offers him a huge score. But when their heist goes awry, the desperate brothers hijack an ambulance with a wounded cop and paramedic (González, “Fast and Furious Presents Hobbs & Shaw”) onboard.

Will and Danny must evade a city-wide law enforcement response, keep their hostages alive and somehow try not to kill each other, all while executing the most insane escape L.A. has ever seen.

“Ambulance” also is available now to own on Digital.

The Bridge on the River Kwai (Action Adventure)

Spectacularly produced, the war drama captured the imagination of the public and won seven 1957 Academy Awards, including Best Picture, Best Actor (Alec Guinness), and Best Director. Even its theme song, an old World War II whistling tune, the Colonel Bogey March, became a massive hit. “The Bridge on the River Kwai” continues today as one of the most memorable cinematic experiences of all time.

The box set includes the feature presented in 4K resolution with Dolby Vision, fully restored from the original camera negative, Dolby Atmos + 5.1 + original monaural sound, with the Blu-ray disc featuring the film in high definition, sourced from the 4K master, 5.1 audio, plus several special features including “Crossing the Bridge: A Picture-in-Picture Graphics Track,” a making-of featurette, the rise and fall of a jungle giant, vintage interviews on talk shows with stars William Holden and Alec Guinness, and more.

Chris Pine (“Star Trek” movies) stars in this action-packed thriller as Special Forces Sergeant James Harper, who is involuntarily discharged from the Army and cut-off from his pension.

In debt, out of options and desperate to provide for his family, Harper contracts with a private underground military force. When the very first assignment goes awry, the elite soldier finds himself hunted and on the run, caught in a dangerous conspiracy and fighting to stay alive long enough to get home and uncover the true motives of those who betrayed him. The film also stars Kiefer Sutherland, Ben Foster, Gillian Jacobs and Eddie Marsan. Directed by Tarik Saleh (“The Nile Hilton Incident”), the film was written by J.P. Davis (“Fighting Tommy Riley”).

Twenty-five years after Warner Bros. released the blockbuster hit “Eraser,” Warner Bros. Home Entertainment will have you on the edge of your seat with the release of “Eraser: Reborn,” on Digital, Blu-ray and DVD Tuesday June 7.

A reboot of the 1996 blockbuster that starred Arnold Schwarzenegger, this all-new action-packed film follows U.S. Marshal Mason Pollard (Dominic Sherwood, “Shadowhunters”), a specialist in engineering the fake deaths of witnesses that need to leave no trace of their existence.

Pollard specializes in “erasing” people—faking the deaths of high-risk witnesses. With the technological advances of the last 25 years, the game has upgraded, and it’s just another day at the office when he’s assigned to Rina Kimura, a crime boss’ wife who’s decided to turn state’s evidence. As the two flee to Cape Town, South Africa, with a team of merciless assassins on their trail, Pollard discovers he’s been set up. Double-crossed and fueled by adrenaline, he needs to be at the top of his game, or he’ll be the one who’s erased. Permanently.

From 1091 Pictures, a Chicken Soup for the Soul Entertainment, “Keeping Company” will be available on Video on Demand Tuesday June 7.

“Keeping Company” comes from the creative minds of co-writers Devin Das and Josh Wallace with Wallace directing and Das starring in the film.

Sonny and Noah are two brash door-to-door salesmen climbing the ranks within the corporate world of insurance. One day, after feeling the heat from their boss to get their sales numbers up, they cross paths with Lucas, an enigmatic, anti-social creature, whom they see as a potential new client.

With no regard for Lucas’ plea for privacy, they rudely force their way into his house but soon find themselves trapped in his basement, incapable of escaping. As the spotlight shifts toward Lucas and his demanding Grandmother, the similarities between this sinister household and the ruthless world of business begin to parallel each other.

An exploration on the importance of wealth and class in today’s society, “Keeping Company” mixes ruthless corporate salesmen with vicious suburban serial killers and asks if you can tell the difference.

Winner of seven Academy Awards, including Best Picture of 1962, David Lean’s “Lawrence of Arabia,” stands as one of the most timeless and essential motion picture masterpieces.

The greatest achievement of its legendary and prolific Oscar-winning director, the film stars Peter O’Toole in his career-making performance as T.E. Lawrence, the audacious World War I British army officer who heroically united rival Arab desert tribes and led them to war against the mighty Turkish empire. The film also introduced movie audiences to another up-and-coming actor Omar Sharif.

After witnessing the murder of his father, a Viking prince (Alexander Skarsgard, “The Legend of Tarzan”) devotes his life to avenge his father’s death, save his mother and reclaim his kingdom in “The Northman,” available to own for the first time with exclusive bonus content on Digital Monday June 6, and on 4K Ultra HD Collector’s Edition, Blu-ray Collector’s Edition and DVD Tuesday June 7, from Universal Pictures Home Entertainment.

Front Row Features is giving away a copy of “Ambulance” on Blu-ray to one lucky reader ready to go on a wild ride through the streets of L.A., in this Michael Bay action thriller. To enter the contest, simply email frontrowfeatures@gmail.com by June 10 for your chance to win. Good luck!