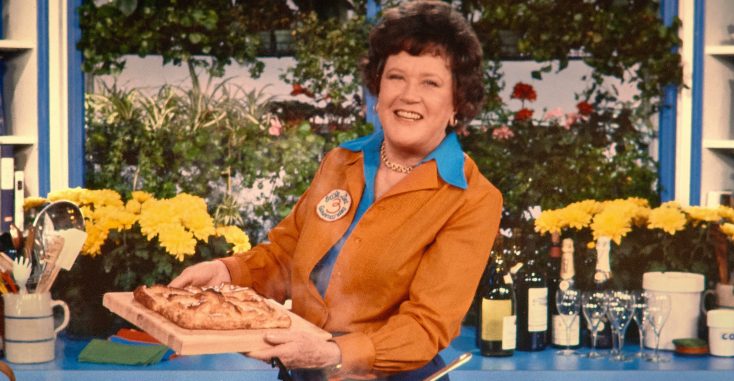 Charles Collins stars as a dance teacher from Boston who is tricked into joining a band of pirates, leading him to be fitted for a noose in California. Compared to “Douglas Fairbanks in his most acrobatic days,” Collins catches a break when the mayor’s daughter (Steffi Duna) demands the hanging be postponed until he teaches her to waltz.

“Dancing Pirate” earned an Academy Award nomination for Best Dance Direction. The film features many familiar faces from Hollywood’s Golden Age, including Frank Morgan (“The Wizard of Oz”) as the mayor, Duna (“Waterloo Bridge”) as his dancing daughter and Rita Hayworth (“Gilda”), in an early performance as a specialty dancer.

Snake Plissken is back in the high-octane thrill-ride “John Carpenter’s Escape from L.A.,” arrives on 4K Ultra HD for the first time ever Tuesday Feb. 22, from Paramount Home Entertainment.

Released in 1996, the action-packed thriller was the highly anticipated follow up to the fan-favorite “Escape from New York.”  Kurt Russell returns as anti-hero Snake Plissken, who is called upon to save the world from a doomsday device after a 9.6 quake levels most of Los Angeles.

The 4K Ultra HD release features exceptional picture quality with Dolby Vision and 5.1 DTS-HD Master Audio. The disc also includes access to a Digital copy of the film and the original theatrical trailer.

Raya (Maria Belkin) and Victor (Vladimir Friedman) built a shared career as the Soviet Union’s most beloved film dubbers, translating the work of Federico Fellini and Stanley Kubrick into Russian over the decades. Upon the collapse of the U.S.S.R. in 1990, the Jewish couple must immigrate to Israel and reinvent themselves to find employment.

As they strive to acclimate to their adopted home, opportunities for first-rate vocal performances are few and far between.

“Golden Voices” is a charming comedy about disrupting old dynamics, starting anew, and rediscovering yourself in the most unexpected places. The film is available now to rent/purchase on all major digital platforms.

Bonus features include an audio commentary with writer/director Evgeny Ruman and writer/DP Ziv Borkovich, as well as deleted scenes and a poster gallery.

VIP Bank Manager Sung-Gyu drives his daughter and son to school one morning. Along the way, a phone rings from the glovebox. It’s an anonymous caller claiming there’s a bomb under Sung-gyu’s seat and if anyone exits the car, it will explode unless Sung-gyu can pay a ransom. What at first feels like a prank call quickly turns into an edge-of-your-seat thriller. Sung-gyu must simultaneously ensure the safety of his children, find enough money to pay the ransom, and evade the police, all while trying to figure out what he did in his past to deserve this.

The film is directed by Kim Chang-Ju from a screenplay by Kim Mi-Hyun, which was adapted by Lee Gong-Ju and Chang-Ju.

Experience the thriller influenced by the astounding real-life story of the Gucci family and their unexpected legacy in MGM’s “House of Gucci,” available to own for the first time on Blu-ray, DVD and On Demand Tuesday Feb. 22, from Universal Pictures Home Entertainment.

Based on “The New York Times” best-selling novel, “The House of Gucci: A Sensational Story of Murder, Madness, Glamour, and Greed by Sara Gay Forden, “House of Gucci” on Blu-ray, DVD and Digital comes with all-new exclusive bonus content including behind-the-scenes featurettes about Lady Gaga’s transformation into Patrizia Reggiani, director Scott’s vision, the creation of the luxurious wardrobes and extravagant sets, and more taking audiences deeper into the fascinating untold story behind the world-renowned fashion brand and crumbling family empire.

“House of Gucci” is inspired by the shocking true story of the family behind the Italian fashion empire. When Patrizia Reggiani (Lady Gaga), an outsider from humble beginnings, marries into the Gucci family, her unbridled ambition begins to unravel the family legacy and triggers a reckless spiral of betrayal, decadence, revenge and, ultimately, murder.

Exclusive bonus features the “House of Gucci” on Blu-ray, DVD and already available Digital editions include “The Rise of the House of Gucci,” a behind-the-scenes look at how Ridley Scott’s vision of this astonishing story fell into place; “The Lady of the House,” an up-close look at Lady Gaga’s performance as Patrizia Reggiani and how her powerhouse charisma and unwavering dedication breathe life into this complex character; and “Styling ‘House of Gucci,’” which takes viewers on a deep dive into the visual delights of the film, from aesthetics to attitude.

War is a drug. Nobody knows that better than Staff Sergeant James (Renner), head of an elite squad of soldiers tasked with disarming bombs in the heat of combat. To do this nerve-shredding job, it’s not enough to be the best: you have to thrive in a zone where the margin of error is zero, think as diabolically as a bomb-maker, and somehow survive with your body and soul intact.

Bonus features include an all-new commentary by director Bigelow and writer Mark Boal, “The Hurt Locker” behind-the-scenes and an image gallery.

Featuring all-new artwork by Olivia Barrett, “The Hurt Locker” will be available on 4K Ultra HD SteelBook at Best Buy for $27.99 (SRP).

The documentary “Julia,” about the beloved American celebrity chef Julia Child, is available now on DVD, from Sony Pictures Classics.

“Julia” tells the story of the legendary cookbook author and television superstar who changed the way Americans think about food, television, and even about women. Using never-before-seen archival footage, personal photos, first-person narratives, and cutting-edge, mouth-watering food cinematography, the film traces Child’s surprising path, from her struggles to create and publish the revolutionary “Mastering the Art of French Cooking” in 1961, which has sold more than 2.5 million copies to date, to her empowering story of a woman who found fame in her 50s, and her calling as an unlikely television sensation. The film was co-directed by Julie Cohen and Betsy West.

The King’s Man and The Kingsman Collection (Action Thriller)

Uncover the action-packed origin story of the world’s most stylish spy organization with “The King’s Man” on Digital today and 4K Ultra HD, Blu-ray and DVD Tuesday Feb. 22.

Set during World War I, “The King’s Man” tells the exhilarating origin story of Kingsman, the world’s very first independent intelligence agency. As a collection of history’s worst tyrants and criminal masterminds gather to plot a war to wipe out millions across the globe, one man must race against time to stop them.

Also, for fans of the stylish spy series, comes “The Kingsman Collection.” All three films, with bonus features, together for the first time. The collection is available now digitally and as a collectible SteelBook on Feb. 22.

Lionsgate will release the thriller “Shattered” on Blu-ray and DVD Tuesday Feb. 22.

In the tradition of “Fatal Attraction” and “Basic Instinct” comes this dazzling action thriller in which a lonely tech millionaire Chris (Monaghan) encounters charming, sexy Sky (Krug), passion grows between them. And when he’s injured, she quickly steps in as his nurse. But Sky’s odd behavior makes Chris suspect that she has more sinister intentions, especially when Sky’s roommate is found dead from mysterious causes.

When a top-secret weapon falls into mercenary hands, wild-card CIA agent Mason “Mace” Brown (Jessica Chastain) joins forces with rival German agent Marie (Diane Kruger), former MI6 ally and cutting-edge computer specialist Khadijah (Lupita Nyong’o), and skilled Colombian psychologist Graciela (Penélope Cruz) on a lethal mission to retrieve it. The unlikely team must also stay one step ahead of a mysterious woman, Lin Mi Sheng (Bingbing Fan), who is tracking their every move as the action rockets across the globe.

“The 355” on Blu-ray and Digital is jam-packed with bonus features including deleted scenes, “Chasing through Paris,” Cast and filmmakers discuss the first day of shooting on THE 355 and how the choreographed chase sequence through the Parisian arcade set the tone for the entire production; “Action that Hurts,” a behind-the-scenes look at the stunts featured in the film’s centerpiece action sequence; Reconstructing Marrakesh,” from footage of construction to a set tour with Production Designer Simon Elliott, we’ll come to understand why the cast was so blown away by the accuracy of the Moroccan set; “Chaos at the City of Dreams,” Cast and filmmakers deconstruct the film’s final set piece, from exploding ceilings to major shoot-outs, to the ultimate show-down fight between Jessica Chastian’s and Sebastian Stan’s characters; and visual effects breakdowns.

Front Row Features is giving away digital codes for the action-packed female-driven spy thriller “The 355” to two lucky readers. Digital codes can be redeemed at MoviesAnywhere.com/redeem or UniversalRedeem.com. To enter the contest, simply email frontrowfeatures@gmail.com by March 8 for your chance to win. Good luck!