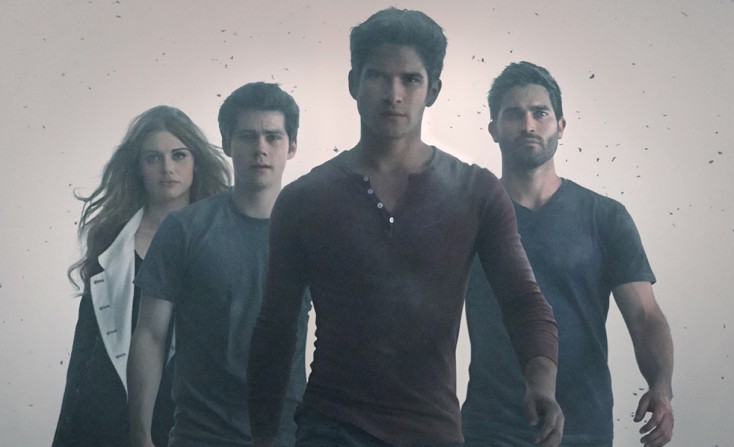 Based on the New York Times bestseller by conservative commentator and author Bill O’Reilly and Martin Dugard, “Killing Jesus,” the motion picture is available Tuesday, June 9 on Blu-ray. Chronicling the life and death of Jesus Christ, the film features an all-star cast, including Stephen Moyer, Rufus Sewell, Emmanuelle Chriqui and Kelsey Grammer.

This thought-provoking account adds new context to the story of Jesus and the conflicts that led to his crucifixion. The Blu-ray includes a digital HD version that can be downloaded on handheld devices. It is chock-full of special features and extras, including a “What’s It Like to Play Jesus” featurette with Haaz Sleiman. The other actors also speak in separate featurettes about playing their characters, including Kelsey Grammer, who plays King Herod. Other intriguing features include behind the scenes making-of footage as well as descriptions of how the detailed make-up and period costumes were created, and an informative interview with director Chris Menaul, who directed the production in Morocco.

For something a bit more lighthearted, “The Duff,” which hit theaters earlier this year and is available now on Digital HD, also comes to home video with a Blu-ray Combo Pack Tuesday. The combo pack includes the Blu-ray and DVD versions as well as digital HD. Fans can also view the comedy on On Demand.

“The Duff,” which stands for Designated Ugly Fat Friend, is based on the popular YA book by Kody Keplinger, which she wrote when she was a 17-year-old high school senior. (She’s now 23.) The comedy stars Mae Whitman, Robbie Amell, Bella Thorne, Bianca Santos, Skyler Samuels, Nick Eversman and Romany Malco, with Ken Jeong and Alison Janney. Ari Sandel directed the film based on the adapted screenplay by Josh Cagan. Renowned action movie filmmaker McG is one of the producers.

Whiteman plays Bianca, whose universe is turned upside down when she learns that her high school classmates refer to her as a “Duff.” Hoping to erase that label, she enlists the help of a charming jock (Amell) and her favorite teacher (Jeong). Together, they face the school’s mean girl (Thorne) and remind everyone that we are all someone’s Duff.

A super-secret organization recruits an unrefined but promising street kid into the agency’s ultra-competitive training program just as a dire global threat emerges from a twisted tech genius.

Tons of extras on the Blu-ray edition bring the world of Kingsman, based a graphic novel called “The Secret Service,” by Mark Millar and Dave Gibbons, to life. Not only can you see a gorgeous gallery of behind-the-scenes images from the film’s production, but the “Kingsman: The Secret Service Revealed” documentary gives viewers an exclusive 90-minute look into the film’s iconic style, fights, gadgets and more.

Also available Tuesday on DVD, Jeremy Sumpter (“Peter Pan”) stars in “The Squeeze,” a crime caper about a promising young golfer named Augie who is lured into scheme to use his skills to score some illicit big bucks in high-stakes tournaments by a notorious gambler (played by “Happy Gilmore’s” Christopher McDonald. Seeing his potential, the gambler convinces Augie to abandon his dreams of winning the US Open and start playing in high-stakes matches. The stakes grow higher and higher until the game becomes “life or death.” Written and directed by Terry Jastrow, the film also stars Jillian Murray (MTV’s “American High School”) and Michael Nouri (“Flashdance”).

On the TV side, the fourth season of the popular MTV series “Teen Wolf” arrives on DVD with a 4-disc set Tuesday. Still healing from tragic losses, Scott (Tyler Posey), Stiles (Dylan O’Brien), Lydia (Holland Roden) and Kira (Arden Cho) return to a new semester of school with more human worries than supernatural, while also trying to help their new friend, Malia (Shelley Hennig), integrate back into society. But Kate Argent’s (Jill Wagner) surprising resurrection brings a new threat to Beacon Hills, along with the emergence of another mysterious enemy known simply as The Benefactor (Meredith Walker).

This elaborate box set is all about the beasts with a new featurette, “The Beasts of Beacon Hills,” which showcases beasts throughout the history of Beacon Hills. In addition to the special features, extended episodes, gag reels and behind-the-scenes featurettes, the set includes a collectable “bestiary” booklet for a limited time.

Jeff Davis, the brains behind “Criminal Minds,” also created “Teen Wolf” and he serves as the series’ executive producer. The “Teen Wolf” series is based on the screenplay by Jeph Loeb & Matthew Weisman, which was made into a movie in 1985 that starred Michael J. Fox.