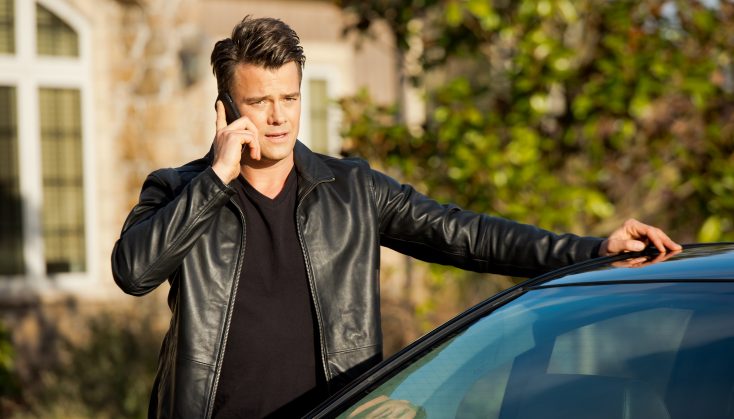 Race fans of all ages can ride along with the “Cars 3” crew for additional funny and heartfelt extras, including an exclusive new mini-movie, “Miss Fritter’s Racing Skoool,” taught by the queen of the Crazy 8 race course; a feature detailing how real-world race training influenced filmmakers; the journey taken by voice actor Cristela Alonzo (“Cristela” TV series) and team while shaping tech-savvy trainer Ramirez; behind-the-scenes access to the story team who crafted Lightning McQueen’s third chapter; deleted scenes; and much more.

Only 45,000 of these limited edition, numbered sets will be available. “The Godfather Trilogy: Omerta Edition” includes commentary by Coppola on all three films, a full disc of previously released in-depth special features, as well as exclusive new collectible trivia cards, magnetic poetry, an anatomy of a scene fold-out and quote cards.

The race is on to steal one of the most expensive cars in the world in the thrilling action adventure “Overdrive,” arriving on Blu-ray and DVD Tuesday Nov. 7, from Paramount Home Media Distribution.

Scott Eastwood (“The Fate of the Furious”), son of the legendary actor and director Clint Eastwood, and Freddie Thorp (“To Dream”) star as crafty car thieves who are caught in the act of stealing from notorious crime boss Jacomo Morier.  In order to win back their freedom, they’re put to the ultimate test—the theft of a priceless car from Morier’s sworn enemy. While putting together a crew to pull off the daring heist they’re joined by two beautiful women (Ana de Armas, “Blade Runner 2049” and Gaia Weiss, “The Legend of Hercules”) who are more dangerous than they look. The team has one week to put the plan in motion, steal the car and make their escape or lose everything, including their lives.

From Lionsgate, comes the exciting action thriller “The Show,” starring Josh Duhamel, Giancarlo Esposito and Famke Janssen, available on Digital, Blu-ray and DVD Tuesday Nov. 7.  Duhamel, “X-Men’s” Janssen and “Better Call Saul’s” Esposito, who also directed the film, highlight this thriller about a reality show that exploits the on-camera deaths of its players on live TV. After a dating show ends in violence, its host Adam Rogers (Duhamel) and a ratings-hungry network exec (Janssen) launch a terrifying new program that promises fresh kills every week. The tension mounts as a kindhearted janitor (Esposito) joins the deadly program, hoping to help his struggling family survive at any cost.

“The Show” Blu-ray and DVD includes a making-of featurette in addition to cast and crew interviews, and will be available for the suggested retail price (SRP) of $21.99 and $19.98, respectively.

“The Limehouse Golem” arrives on DVD and Blu-ray on Tuesday Nov. 7.  Based on the novel “Dan Leno and the Limehouse Golem” by Peter Ackroyd with a screenplay by Jane Goldman (“Kingsmen”), the action film is directed by Juan Carlos Medina (“Painless”) and produced by Stephen Woolley (Their Finest, Interview with a Vampire), Joanna Laurie (“Hyena”) and Elizabeth Karlsen (“Carol”).  “The Limehouse Golem” stars Bill Nighy (“Love Actually”), Olivia Cooke (“Me and Earl and the Dying Girl”), Douglas Booth (“Pride, Prejudice and Zombies,”), Daniel Mays (“Line of Duty”) and Eddie Marsan (“Sherlock Homes”) “The Limehouse Golem” will be available on DVD for an SRP of $27.97 and on Blu-ray for an SRP of $29.97.

The city of London is gripped with fear as a serial killer—dubbed The Limehouse Golem—is on the loose and leaving cryptic messages written in his victim’s blood.  With few leads and increasing public pressure, Scotland Yard assigns the case to Inspector Kildare (Bill Nighy)—a seasoned detective with a troubled past and a sneaking suspicion he’s being set up to fail.  Faced with a long list of suspects, including music hall star Dan Leno (Douglas Booth), Kildare must get help from a witness who has legal troubles of her own (Olivia Cooke), so he can stop the murders and bring the killer to justice.

“The Limehouse Golem” DVD and Blu-ray have bonus features that include behind-the-scenes featurettes about the cast, locations, look, and the making-of featurette.

“The Good Karma Hospital, Series 1” made its U.S. premiere in August on Acorn TV. The second season is currently in production for 2018

Wanting to escape a broken relationship and a stressful career in the U.K., Dr. Ruby Walker (Amrita Acharia) takes a job in India. Although she applied to work at a modern urban clinic, Ruby ends up at the overcrowded and underfunded Good Karma Hospital run by the formidable Dr. Lydia Fonseca (Amanda Redman).

After the initial culture shock, Ruby learns to deal with the hospital’s demanding schedule and many eccentric inhabitants, including her enigmatic colleague, Dr. Gabriel Varma (James Floyd, “Falcon”), and nearby beach bar owner Greg (Neil Morrissey, “Line of Duty”). As she adjusts to the challenges of her new role in rural India, Ruby begins to realize that the rundown medical outpost may be just what she needs to jump-start her life.

The intense, character-driven police drama and winner of the Best Dramatic Series at the Canadian Screen Awards, “19-2, Season 4 (The Final Season)” makes its DVD debut on Tuesday Nov. 7, from Acorn TV. Captivating as partners in the Montreal Police Department, Adrian Holmes (“Arrow”) and Jared Keeso (“Falling Skies”) star in this gritty award-winning drama, which explores the demons that haunt the men and women behind the badge. The two-disc DVD set includes eight episodes ($49.99, Amazon.com). “19-2, Season 4” made its U.S. premiere in September on Acorn TV.

In the explosive final season of the award-winning Canadian cop drama, partners Ben Chartier (Keeso) and Nick Barron (Holmes) grieve the death of Amelie (Tattiawna Jones, “The Handmaid’s Tale”) and fight to keep their faith in justice. Nick is determined to move forward with life as usual while trying to expose corruption within the force, but Ben questions everything he thought he knew, including his abilities as a police officer.

With a deadly gang war escalating on the streets of Montreal, Station 19’s officers are pushed to their limits and must rely on one another more than ever before. “19-2” reveals its heroes’ fears and failings while celebrating the triumphs and resilience of the human spirit.