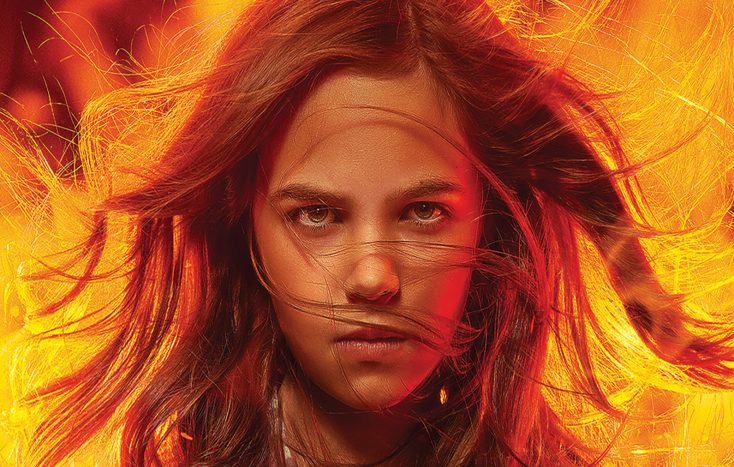 Still beloved 30 years after its original release, “Boomerang” arrives for the first time ever on Blu-ray Tuesday June 28, from Paramount Home Entertainment.

Eddie Murphy’s portrayal of hotshot advertising executive Marcus Graham made “Boomerang” a hit when it was first released in theaters on July 1, 1992.

Graham (Murphy) may be a success in his industry, but he’s also an insatiable womanizer who’s completely unprepared for his new boss, Jacqueline (Robin Givens), a female version of Marcus in terms of all things romantic.

The “Boomerang” Blu-ray includes access to a digital copy of the film as well as the following legacy bonus content: extended and deleted scenes with director’s commentary, “Thanksgiving at Marcus’ place, Strange’s arrival at dinner, Bony T asks Marcus about sex with Jackie, first dinner between Jackie and Marcus and dinner between Gerard and Angela.

The film follows two families competing for the coveted camp trophy while the dads try to keep their families and marriages together. When Grace Ackerman signs her family up for a rustic summer Family Camp, a comedy of errors ensues as these polar-opposite families must share a yurt and compete for the camp’s coveted games trophy. It’s not until the two dads end up lost in the woods that their faith and family bonds are truly tested in this heartwarming family comedy.

Experience the newest adventure in the Wizarding World when “Fantastic Beasts: The Secrets of Dumbledore” arrives on 4K UHD, Blu-ray and DVD Tuesday June 28, from Warner Bros. Home Entertainment. The movie also is available now for Premium Digital Ownership and on HBO Max.

Professor Albus Dumbledore (Law) knows the powerful Dark wizard Gellert Grindelwald (Mikkelsen) is moving to seize control of the wizarding world. Unable to stop him alone, he entrusts Magizoologist Newt Scamander (Redmayne) to lead an intrepid team of wizards, witches and one brave Muggle baker on a dangerous mission, where they encounter old and new beasts and clash with Grindelwald’s growing legion of followers. But with the stakes so high, how long can Dumbledore remain on the sidelines? Several bonus features, including deleted scenes, are on the 4K UHD, Blu-ray and Premium Digital Ownership.

In this suspenseful thriller, a girl with extraordinary pyrokinetic powers (Ryan Kiera Armstrong) fights to protect her family (Zac Efron and Sydney Lemmon) from sinister forces seeking to capture her. “Firestarter” features a never-before-seen Alternate Ending and exclusive bonus content which includes deleted and extended scenes, gag reel, and a feature commentary with the director.

Protected by her parents (Efron and Lemmon), Charlie (Armstrong) has lived her childhood on the run and has kept her extraordinary pyrokinetic powers in check. But now that she’s turning 11, the flames are harder to control, and sinister forces are seeking to capture her. Charlie must learn to embrace the fire from within and fight to control it in order to protect her family and freedom.

The highly anticipated follow up to the smash hit “Grease,” “Grease 2” was originally released on June 11, 1982. Michelle Pfeiffer dazzles in a role that helped launch her to stardom and Maxwell Caulfield shines in his feature film debut. The two star as high school students from very different backgrounds who find love despite the expectations of everyone around them.  This upbeat and campy ode to teenage romance dances to its own beat, gaining fans and cult-movie status four decades later.

It’s 1961 and there’s a new crop of seniors ready to rule rockin’ Rydell High, including the coolest cliques on campus—the Pink Ladies and T-Birds. Michael Carrington (Caulfield) is the new kid in town, but he’s been branded a brainiac. Can he fix up an old motorcycle, don a leather jacket, and avoid a rumble with the leader of the T-Birds (Adrian Zmed) to win the heart of Pink Lady Stephanie Zinone (Pfeiffer)? This cool rider is surely going to try.

The “Grease 2″ Blu-ray SteelBook includes access to a digital copy of the film.

On a warm spring day in 1924, housemaid and foundling Jane Fairchild (Odessa Young) finds herself alone on Mother’s Day. Her employers, Mr. and Mrs. Niven (Colin Firth and Olivia Colman), are out and she has the rare chance to spend quality time with her secret lover. Paul (Josh O’Connor) is the boy from the manor house nearby, Jane’s long-term love despite the fact that he’s engaged to be married to another woman, a childhood friend and daughter of his parents’ friends. But events that neither can foresee will change the course of Jane’s life forever. The film is directed by Eva Husson from a screenplay by Alice Birch.

Dark Star Pictures and Bloody Disgusting will release the Spanish horror film “The Passenger” on DVD and On Demand Tuesday June 28. The film had its World Premiere at the 2021 Sitges Film Festival in which it was nominated for the Audience Award.

A group of strangers sharing a ride have their trip interrupted when the driver hits a woman hiking in the dark of night. They decide to help her, but quickly learn that something is wrong and that they shouldn’t have let her in at all.

Waters made bad taste perversely transcendent with the forever shocking counterculture sensation, his most infamous and daring cinematic transgression. Outré diva Divine is iconic as the wanted criminal hiding out with her family of degenerates in a trailer outside Baltimore while reveling in her tabloid notoriety as the “Filthiest Person Alive.”

When a pair of sociopaths (Mink Stole and David Lochary) with a habit of kidnapping women in order to impregnate them attempt to challenge her title, Divine resolves to show them and the world the true meaning of the word filthy. Incest, cannibalism, shrimping, and film history’s most legendary gross-out ending—Waters and his merry band of Dreamlanders leave no taboo unsmashed in this gleefully subversive ode to outsiderhood, in which camp spectacle and pitch-black satire are wielded in an all-out assault on respectability.

The Worst Person in the World (Drama)

The Criterion edition of “The Worst Person in the World” will be available on Blu-ray and DVD Tuesday June 28.

Renate Reinsve won the Best Actress prize at Cannes for the revelatory, complex performance that anchors this sprawlingly novelistic film by Norwegian auteur Joachim Trier, an emotionally intricate and exhilarating character study of a woman entering her thirties. Amid the seemingly endless possibilities of the modern world, Julie (Reinsve) vacillates between artistic passions and professions, the question of motherhood, and relationships with two very different men: a successful comic-book artist (Trier regular Anders Danielsen Lie) and a charismatic barista (Herbert Nordrum). Working with a team of longtime collaborators, Trier and his perennial cowriter Eskil Vogt construct in The Worst Person in the World, the Oscar-nominated third entry in their unofficial Oslo Trilogy, a liberating portrait of self-discovery and a bracingly contemporary spin on the romantic comedy.

The Adventures of Ozzie and Harriet: Seasons 1 and 2 (Comedy)

One of the most popular series in television history, “The Adventures of Ozzie and Harriet: Seasons 1 and 2,” is available now as separate four-DVD sets, from MPI Media Group.

Each set contain 39 episodes, representing the complete first two seasons (78 episodes) of the long-running sitcom ranked number 6 on “Vulture’s” list of “The 50 Most Definitive Family TV Shows.” The entire library of “The Adventures of Ozzie and Harriet” has been restored by MPI Media Group from the original 35mm picture and sound elements in association with the UCLA Film & Television Archive, which preserves the elements on behalf of the Nelson family.

For a record-breaking 14 seasons and 435 episodes, the family-oriented sitcom aired on ABC-TV from 1952 through 1966, becoming one of the most cherished cultural touchstones of the 20th century. The positive, wholesome series epitomized an idyllic American 1950s lifestyle, its gentle humor brought to the screen by the real-life Nelson family: Ozzie and wife Harriet with their sons, David and Rick, all portraying themselves in a trend-setting blend of fact-meets-fiction comedy decades before “Seinfeld” and other semi-reality-based shows. The series humorously chronicled the daily lives of the Nelsons as David and Ricky grew up before millions of weekly viewers. While Ozzie had been a real-life bandleader and Harriet had been a singer, the series would help launch the musical career of their younger son, Ricky, who became a teen pop star.

“The Adventures of Ozzie and Harriet” holds the record for most episodes produced. Among its Emmy nominations and many other accolades, “TV Guide” placed Ozzie Nelson at number 21 on its list of “50 Greatest TV Dads of All Time.”

The official complete Season One contains the premiere show and other rare adventures not seen on television in decades. Don DeFore (“Hazel”) appears as Ozzie’s neighbor pal Thorny along with guest stars from classic television and films, including Hal Smith (“The Andy Griffith Show”), Ellen Corby (“The Waltons”), Janet Waldo (“The Jetsons”), Joseph Kearns (“Dennis the Menace”), Frank Nelson (“I Love Lucy”) and other familiar faces.

Scooby-Doo!  And Guess Who?: The Complete Second Season (Animation/Comedy/Mystery)

Join the Mystery Inc., gang as they team up with their superstar friends to solve all-new spooky mysteries on “Scooby-Doo! and Guess Who?: The Complete Second Season,” available in the U.S. on DVD Tuesday June 28, and on Dec. 6, in Canada from Warner Bros. Home Entertainment.

This release includes 26 action-packed mystery adventures and features an exciting mix of celebrities from television, film, music, sports and more.

It seems like everybody wants to be one of those meddling kids, so Scooby-Doo recruits a different pop culture icon to join the gang in every episode of Season 2 of “Scooby Doo! and Guess Who?” Get sleuthing with Scooby, Fred, Velma, Daphne and Shaggy because they’ll need all the help they can get if they want to solve these mind-boggling mysteries. So, who’s on board? Music icon Cher returns to the mystery-solving stage 50 years after her first team up with Scoob in “The New Scooby-Doo Movies.” Terry Bradshaw gets off the bench to tackle a case, Axl Rose will rock these monsters, and Jason Sudeikis will have these villains laughing out loud! Classic Scooby fans will love to see Sandy Duncan returning to team up with the Mystery Inc. gang. And how about Kacey Musgraves, Tim Gunn, Jessica Biel, Macklemore and more. See if you can solve the mystery of who will be joining the gang next.