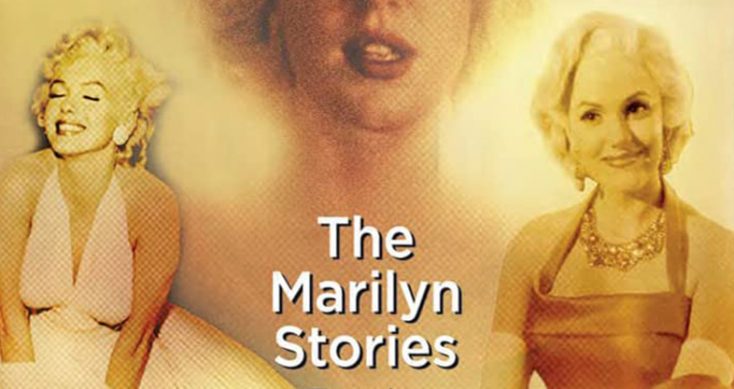 Bonus features on the release include a trailer, a making-of featurette, a character trailer and an all-new English language track.

The Ballad of the Sad Café (Comedy, Drama, Mystery)

Cohen Film Collection presents a new restoration of a Merchant Ivory classic when “The Ballad of the Sad Café” comes to Blu-ray and DVD on Tuesday, Dec. 6.

Oscar winners Vanessa Redgrave, Keith Carradine and Rod Steiger star in this adaptation of the Carson McCullers novella and the Edward Albee play adapted from it. Merchant Ivory veteran Simon Callow’s only turn as a director is a twisted Southern Gothic dark comedy set in a small rural town in the deep South. Redgrave plays Miss Amelia, the eccentric proprietor of the town’s only cafe and — more importantly to her grip on the townsfolk — the proprietor of a secret moonshine still. Her domineering hold on the town is threatened when two strangers appear with a claim on her past.

Bonus features include trailers and a new audio commentary by film critic and author Peter Tonguette.

The comprehensive compilation helps to answer some of the many questions that continue to linger about the extraordinary life of one of the world’s most-famed sex symbols, depicting various aspects of her complicated character and career during a life cut tragically short.

Born Norma Jeane Mortenson on June 1, 1926, Monroe lived a brief but remarkable life of 36 years. She fought hard for the fame and recognition that she felt she deserved, but when success was finally achieved, she was crushed beneath the weight of it.

Much has been written about Monroe by many who never knew her. She became world famous, but her on-screen appearances are in stark contrast to the love issues, exploitation, abuse of power and drug addiction she faced in her private life. Following 30 movies, three marriages, a first-edition “Playboy” cover shot and singing to an American president, Monroe is unfortunately remembered more for her iconic images and controversial alliances than for her extraordinary acting and singing talents.

“Blonde: The Marilyn Stories” takes a revealing look at Monroe’s iconic place in American pop culture. Among the 113 minutes of bonus material included with the release are two documentaries — the documentary short “Marilyn” with Mike Wallace and “The Legend of Marilyn Monroe” narrated by John Huston and featuring Lauren Bacall — footage of Monroe’s first-ever television appearance, a photo gallery and trivia.

Golden Globe and BAFTA winner Jamie Lee Curtis (the “Halloween” franchise, “Scream Queens”) is back as Laurie Strode in “Halloween Ends,” now available to own on Digital from Universal Pictures Home Entertainment. The film will also be released on 4K Ultra HD, Blu-ray and DVD on Tuesday, Dec. 27, and is currently streaming on Peacock.

The most acclaimed and revered horror franchise in film history reaches its epic, terrifying finale as Laurie Strode (Curtis) faces off for the last time against the embodiment of evil, Michael Myers (James Jude Courtney). Michael hasn’t been seen for four years after the events of “Halloween Kills.” Laurie lives with her granddaughter Allyson (Andi Matichak) and has chosen to liberate herself from fear and rage and embrace life. When a young man is accused of killing a boy he was babysitting, a cascade of violence and terror is ignited with a final confrontation between Laurie and Michael unlike any ever captured on-screen. Only one of them will survive.

Writer and director Quentin Tarantino delivered one of the most influential films of the 1990s with the critically acclaimed contemporary classic “Pulp Fiction.” On Tuesday, Dec. 6, fans can experience the groundbreaking and wildly entertaining tour de force for the first time on 4K Ultra HD Digital, 4K Ultra HD Blu-ray and in a Limited-Edition Collector’s SteelBook from Paramount Home Entertainment.

Critics and audiences worldwide hailed “Pulp Fiction” as the star-studded movie that redefined cinema in the 20th century. Tarantino delivers an unforgettable cast of characters — including a pair of low-rent hit men (John Travolta and Samuel L. Jackson), a gangster’s wife (Uma Thurman) and a desperate prizefighter (Bruce Willis) — in a wildly entertaining and exhilarating adventure of violence and redemption. Winner of the Palme d’Or at the 1995 Cannes Film Festival, the film also won the Independent Spirit Award for Best Feature and the Academy Award for Best Original Screenplay.

The “Pulp Fiction” 4K Ultra HD Blu-ray and Limited-Edition Collector’s SteelBook include the feature film in sparkling 4K Ultra HD, access to a Digital copy of the film and the following legacy bonus content on the 4K Ultra HD Blu-ray disc: “Not the Usual Mindless Boring Getting to Know You Chit Chat,” “Here are Some Facts on the Fiction” and an enhanced trivia track. The Blu-ray disc in each set contains additional legacy content, including deleted scenes, behind-the-scenes footage, interviews with the cast, a production design featurette, stills galleries, footage from the Independent Spirit Awards and Cannes Film Festival, soundtrack chapters, Tarantino’s “The Charlie Rose Show” interview, “‘Pulp Fiction:’ The Facts” and more.

Offering irresistible fun that the whole family can enjoy, “Tad the Lost Explorer and the Emerald Tablet” is an action-packed journey around the globe in the spirit of “Indiana Jones.” The third film in the “Tad” franchise, this latest installment became the second highest grossing animated film in Spain this year and had the second-biggest opening weekend for a Spanish film in 2022.

Get ready to journey across the world with the most ambitious (and clumsiest) adventurer of all time, “Tad” Jones!  When a slight blunder destroys a rare sarcophagus, an ancient spell is unleashed.  Now, Tad must team up with his friends Sara and his “oldest pal” Mummy to race across the far corners of the Earth to stop the curse of the Emerald Tablet before things get really out of hand.

Narrated by GRAMMY-winning rapper Nas, A&E’s “Origins of Hip-Hop” is now available on DVD from Lionsgate.

The 8-part docuseries tells the compelling, inspiring stories of some of hip-hop’s most celebrated and groundbreaking artists in their own words. Featuring never-before-seen archival footage and interviews with family, friends and collaborators, the hour-long episodes chronicle the rise of eight culture-defining hip-hop legends across multiple generations and styles — Busta Rhymes, Eve, Fat Joe, Grandmaster Flash, Ice-T, Ja Rule, Lil Jon and Uncle Luke — as they share the experiences that shaped their music and made them icons.

Front Row Features is in the giving spirit this holiday season. That’s why we’re not only giving away a copy of the genre-bending fantasy/sci-fi action epic “Alienoid” on Blu-ray to three lucky readers, but also a copy of “Halloween Ends” on Digital to two lucky readers. To enter the contests, simply email socalmovieeditor@aol.com by Dec. 12 with the title of which movie you want to win in the subject line. Good luck!