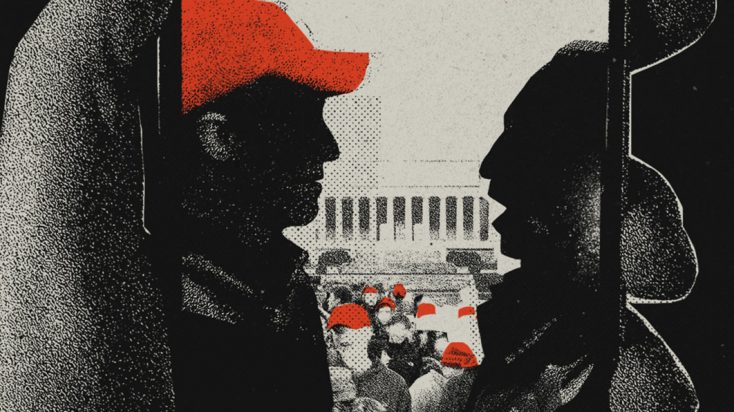 World-renowned action star Liam Neeson (“Taken,” “The Marksman”) is back in an all-new gripping action thriller “Blacklight,” available on Blu-ray and DVD Tuesday May 3, from Universal Pictures Home Entertainment.

The film, from director, writer and producer Mark Williams (“Honest Thief”), follows a troubled off-the-books agent for the Federal Bureau of Investigation who finds himself in the middle of a deadly conspiracy. A freelance government “fixer,” Travis Block (Neeson) is a dangerous man whose assignments have included extracting agents out of deep-cover situations. He knows his hands are dirty, but he’s aiming to change. When an agent is killed after infiltrating a group espousing violent societal upheaval, Block discovers a shadowy program called Operation Unity is striking down ordinary citizens for reasons known only to Block’s boss, FBI chief Robinson (Quinn). As Block gets closer to the truth, he enlists the help of a journalist (Raver-Lampman), but his past and present collide when his daughter and granddaughter are threatened, and in saving them, he could save himself. Now, Block needs to rescue the people he loves and expose the truth for a shot at redemption. Nothing and no one is safe when secrets are hidden

“Blacklight” on Blu-ray includes exclusive bonus features with cast and crew not seen in theaters, taking audiences deeper into the intense action and suspense of the film.

The Boys in Red Hats (Documentary)

Jonathan Schroder’s riveting documentary “The Boys in Red Hats” arrives on DVD and Digital Tuesday May 3, from DeskPop Entertainment and Shark Dog Films.

On January 18, 2019, it was the smirk heard round the world. Surrounded by cheering classmates on the steps of the Lincoln Memorial in Washington, D.C., 17-year-old Nick Sandmann, a student at northern Kentucky’s private, affluent Covington Catholic High School, instantly and unwittingly became a global headline, internationally villainized on social media and in the 24-hour news cycle as he appeared to confront Nathan Phillips, a Native American elder attempting to keep the peace at that year’s heated March for Life rally by beating a ceremonial drum as he moved through the crowds.

Overnight, video clips of the interaction went viral, Sandmann and his classmates hit with a tidal wave of worldwide outrage, their safety threatened and the entire Cov Cath community suddenly at the center of uncomfortable conversations about racism, privilege and politics.

A graduate of that elite institution, filmmaker Jonathan Schroder (NatGeo’s “The Incredible Dr. Pol”) watched the indecent—and the subsequent media blowback—with keen interest, knowing firsthand the deeply formative nature of an adolescence spent inside the entitled Covington Catholic bubble. Seeking to better understand the scene on the steps, the people involved in it and its larger ramifications for the community, the media and our democracy as a whole, Schroder set out to investigate how one fleeting interaction can become a global controversy. Along the way, “The Boys in the Red Hats” deftly explores the media’s obsession with immediacy over accuracy, the danger in prioritizing intent over impact and what it’s going to take if we ever hope to bridge the deep divides in our communities—and our country.

A footnote to the film: Sandmann has reached undisclosed settlements with CNN, NBC and “The Washington Post” amid a series of defamation lawsuits his legal team brought against those outlets that allegedly misrepresented the events of that day. His legal team is pursuing additional lawsuits against ABC, CBS, Gannett, “Rolling Stone” and “The New York Times.” This is a must-see documentary for our times.

“The Boys in Red Hats” on DVD includes an exclusive featurette and will be available for $19.99 (SRP).

“Dementia” is available now on DVD, from Cohen Film Collection.

An entirely unique and utterly bizarre film, John J. Parker’s “Dementia” is a 1950’s-style foray into the mind of psycho-sexual madness.

Set entirely in a nocturnal twilight zone that blends dream imagery with the cinematic stylings of film noir, the film follows the tormented existence of a young woman haunted by the horrors of her youth, which transformed her into a stiletto-wielding, man-hating beatnik. Accompanied by George Antheil’s sci-fi score, the camera follows a “Gamin” (Adrienne Barrett) on a surreal sleepwalk through B-movie hell, populated by prostitutes, pimps and would-be molesters—all photographed by William Thompson (“Plan 9 From Outer Space”).

Two years after its original 1953 release, a narration track of foreboding psychobabble (diabolically spoken by Ed McMahon) was added and the title was changed to the more sensational “Daughter of Horror.”

This edition presents the original cut of “Dementia,” digitally remastered from the 35mm negative, as well as the complete “Daughter of Horror” (from a 35mm print), and the original theatrical trailer.

Tracking the intertwining stories of three young couples, “Lovecut” keenly observes the contemporary challenges of identity and sexuality posed by the digital age. As the virtual nature of Alex and Momo’s relationship allows them to conceal uncomfortable truths, Ben and Luka’s promising match on a dating app collides with the barriers they face in real life, Meanwhile, Anna and Jakob realize the consequences of radical visibility of uploading their sex life onto the web.

Writer/directors Liana Estano and Johanna Lietha pull back the curtain on teenage relationships and friendships in the hedonistic and technology-driven 21st century.

“Lovecut” is in German with English subtitles, will  DVD/Digital will be available for $24.95 (SRP).

Confident, dorky 13-year-old Mei must balance being a dutiful daughter with the chaos of adolescence. Her slightly overbearing mom is never far from her. And, as if changes to Mei’s interests, relationships and body aren’t enough, whenever she gets too excited, she “poofs” into a giant red panda.

Pixar fans can transport back to the early aughts and experience all the warm and fuzzy red panda Mei-hem with never-before-seen bonus materials. Extras include seven deleted scenes—including an Easter egg/alternate ending deleted scene—three behind-the-scenes featurettes (“Life of a Shot,” “Building Your Own Boy Band” and “Ani-Mei-Tion”) and an audio commentary with director Domee Shi, producer Lindsey Collins and director of photography Mahyar Abousaeedi.

“Turning Red” also is now on all major digital platforms.