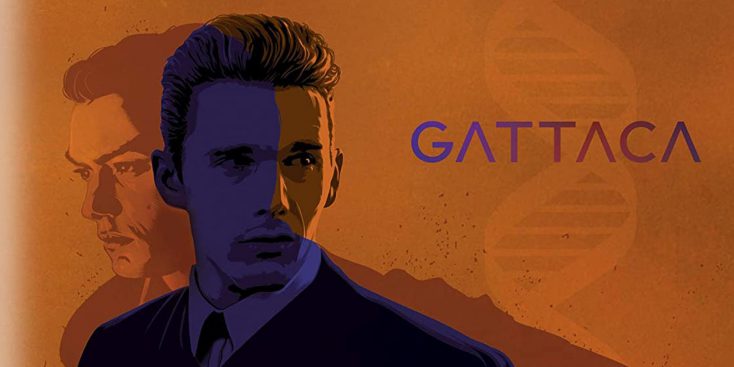 Just in time for awards season! Revisit 10 of the most celebrated films in cinema history, together for the first time, in the “Best Picture Essentials: 10-Movie Collection,” arriving on Blu-ray Tuesday March 23, from Paramount Home Entertainment.

A must-own set for film fans and ideal entertainment in preparation for this year’s Academy Awards ceremony, the collection includes an array of landmark films, each of which earned the prestigious Best Picture Oscar.

The dark comedy “Breaking News in Yuba County” arrives on Blu-ray and DVD on March 23.

After her husband vanishes, Sue Buttons (Janney), an underappreciated suburban wife, gets a taste of being a local celebrity as she embarks on a city-wide search in Yuba County to find him. In an effort to prolong her newfound fame, she stumbles into hilarious hijinks as her world turns upside down, dodging a wannabe mobster (Awkwafina), a relentless local police officer (Hall), her half-sister (Kunis) a local news reporter desperate for a story, and her husband’s deadbeat brother (Simpson), who all set out to uncover the truth behind the disappearance.

“Breaking News in Yuba County” is available now digitally on Video On Demand services from cable and satellite providers, and on select gaming consoles.

Life on earth is desolate after a brutal intergalactic war, brightened only by a dangerous, high-flying sport … but no one knows that at each match, four gifted humans are fighting furiously to ensure the survival of humankind in the action-packed, sci-fi thriller “Cosmoball,” coming to Blu-ray, DVD and Digital Tuesday March 23, from Well Go USA Entertainment.

This Russian sci-fi thriller place after an intergalactic battle that destroys Earth’s moon and causes worldwide devastation, leaving the human race desolate and clinging to survival. The film follows four athletes with the rare ability to teleport, which makes them the only humans capable of playing “cosmoball,” a dangerous sport requiring unimaginable speed, reflexes, and courage. While the rest of the world religiously scans the sky to catch the high-flying tournaments, no one suspects that with each match, they are actually witnessing four young humans fighting furiously to ensure the survival of humankind.

Ethan Hawke, Uma Thurman, Alan Arkin and Jude Law star in this engrossing sci-fi thriller about an all-too-human man who dares to defy a system obsessed with genetic perfection. Hawke stars as Vincent, an “In-Valid” who assumes the identity of a member of the genetic elite to pursue his goal of traveling into space with the Gattaca Aerospace Corporation. However, a week before his mission, a murder marks Vincent as a suspect. With a relentless investigator in pursuit and the colleague he has fallen in love with beginning to suspect his deception, Vincent’s dreams steadily unravel.

The sci-fi thriller is newly remastered from the original camera negative and includes special bonus materials including deleted cedes a featurette called “Welcome to Gattaca” and a blooper reel.

Written and directed by Andrew Niccol, the 1997 film received an Oscar nomination for Best Art Direction/Set Decoration for Jan Roelfs and Nancy Nye.

The “Gattaca” limited edition Steelbook includes the film in 4K Ultra HD, plus the Blue-ray and Digital Code.

A thrilling family-friendly adventure where man’s best friend comes to the rescue, “Hero Dog: The Journey Home” will debut on Digital, On Demand, and on DVD Tuesday March 23, from Lionsgate.

Natasha Henstridge (“Species”) is a family adventure that shows how one animal’s courage can inspire us all. Crossing a lake by boat to return to his family, Royce (Steve Byers, “Shadowhunters”), who is blind, is stranded when the boat’s captain suddenly falls ill. To find help, Royce enlists Chinook, a brave malamute, to serve as his seeing-eye dog as they navigate the wilderness. Chinook must protect Royce from treacherous rapids, jagged rocks, and savage mountain lions on their long, heroic journey of survival.

An inspiring story of a blind man finding the hope and strength to survive, “Hero Dog: The Journey Home “was awarded the Dove Seal of Approval for All Ages. Bonus features include cast interviews, an interview with guest director Erin Pitt and the trailer gallery.

The “Hero Dog: The Journey Home” DVD will be available for the suggested retail price (SRP) of $14.98.

Bear witness to pure evil in a captivating drama based on the autobiography of notorious Auschwitz camp commandant Rudolf Hoss in “The Interrogation, available Tuesday March 23, from Corinth Films.

Israeli director Erez Pery helms this fascinating drama about Hoss, which recreates the final interrogation of the infamous Nazi before his execution, and is based on his autobiography, “the Commandant of Auschwitz.”

In 1946, Hoss was discovered by British troops in Gottrupel, Germany, disguised as a gardener after his whereabouts were divulged by his wife, believing that the betrayal would result in their son’s safety. Shortly afterward, the notorious commandant was taken to the International Military Tribunal at Nuremberg and later handed over to the Supreme National Tribunal in Poland, which sentenced him to death by hanging.

While imprisoned and awaiting trial, he was interrogated at length to extract a perfect confession. The interrogator—Albert Piotrowski, a young, successful investigative judge, who also happened to be fluent in German. With the language barrier erased, and a level of comfort attained, their chilling encounter brings to shocking life the horrifying, yet normalized, Auschwitz routines, and the banalization of evil that shook the world to its core.

“The Interrogation” is in German and Polish with English subtitles.

With his lush and sensual visuals, pitch-perfect soundtracks, and soulful romanticism, Wong Kar Wai has established himself as one of the defining auteurs of our time. The collection celebrates his swoon-worthy cinema with the most comprehensive box set of his work ever released, including new 4K digital restorations of his acclaimed feature films “As Tears Go By,” “Days of Being Wild,” “Chungking Express,” “Fallen Angels,” “Happy Together,” “In the Mood for Love” and “2046.”

“Austin City Limits” is the longest-running music show in television history, and since the beginning it has held a special connection to country music. Beloved by artists and fans alike, the TV show is known for authentic music presented in live and uncut performances. This collection has been hand-selected from over 40 years of “Austin City Limits” archives to find the greatest country performances.

In all, 164 live, uncut performances from 1974 to 2018 featuring country legends and superstars performing their biggest hits including Willie Nelson’s “Blue Eyes Crying In The Rain,” Johnny Cash’s “Folsom Prison Blues,” George Strait’s “Amarillo By Morning,” Reba McEntire’s “Whoever’s In New England,” Vince Gill’s “Whenever You Come Around,” Alan Jackson’s “Livin’ On Love” and Tim McGraw’s “Live Like You Were Dying.” Fans also will see favorite collaborations including Emmylou Harris and Willie Nelson performing “Crazy,” Vince Gill and Patty Loveless singing “After the Fire Is Gone,” and Sheryl Crow and Kris Kristofferson performing “Me and Bobby McGee.”

Starring Nicole Kidman and Hugh Grant, the limited series is directed by Academy Award and Emmy-winning director Susanne Bier and is created by David E. Kelley, who also serves as showrunner.

In the six-episode limited series, Grace (Kidman) and Jonathan Fraser (Grant), who are living the only lives they ever wanted for themselves. Overnight, a chasm opens in their lives: a violent death and a chain of terrible revelations. Left behind in the wake of a spreading and very public disaster and horrified by the ways in which she has failed to heed her own advice, Grace must dismantle one life and create another for her child and her family.

Bonus features includes a Kidman and Grant introduction, a featurette on creating “The Undoing” and “’The Undoing’ Revelations.”

“The Undoing” will be available for $24.98 SRP ($29.98 in Canada) for the DVD and $29.98 SRP ($39.99 in Canada) for the Blu-ray which includes a Digital Copy (US Only). It is also available to own on Digital via purchase from all major digital retailers. The limited series is based on the 2014 novel, “You Should Have Known” by Jean Hanff Korelitz.

Front Row Features is giving away a copy of the family-friendly sci-fi action film “Cosmoball” on Blu-ray to three lucky readers. To enter the contest, simply email socalmovieeditor@aol.com by March 29 for your chance to win. Good luck!