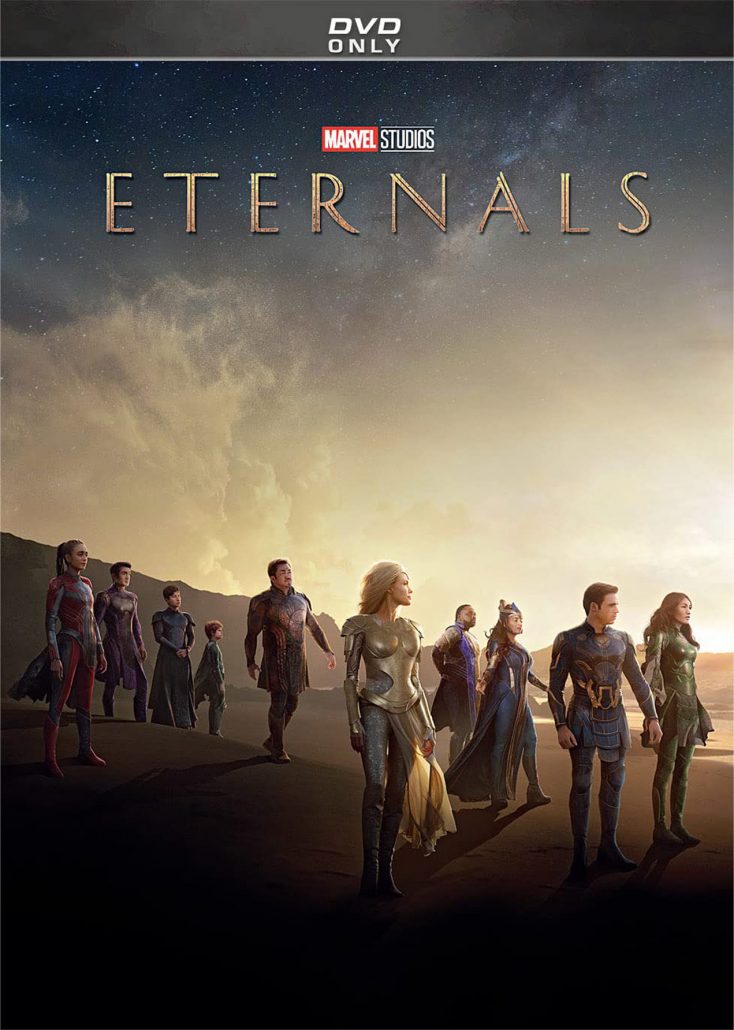 The film was the winner of the Golden Bear award at the 2021 Berlin International Film Festival.

Emi (Katia Pascariu, “Beyond the Hills”), a high school teacher, finds her career and reputation under threat after a personal sex tape she filmed with her husband is leaked on the internet. Forced to meet the parents demanding her dismissal at an emergency community meeting, Emi refuses to surrender to their pressure. The Romanian pandemic-era satire widens its focus from the bustling streets of Bucharest, where Emi navigates countless slice-of-life mini-dramas and judging eyes, to a jarring essay-like montage recounting Romania’s complicated history.

“Eternals” follows a group of ancient heroes from beyond the stars who had protected Earth since the dawn of man. When monstrous creatures called Deviants, long thought lost to history, mysteriously return, the Eternals are forced to reunite in order to defend humanity once again.

Celebrate the 10th anniversary of the sci-fi favorite “Looper,” with the release of the 4K Ultra HD edition of the film from writer/director Rian Johnson, from Sony Pictures Home Entertainment.

In the futuristic action thriller Looper, time travel will be invented—but it will be illegal and only available on the black market. When the mob wants to get rid of someone, they will send their target 30 years into the past where a “looper”—a hired gun, like Joe (Joseph Gordon-Levitt, “(500) Days of Summer”)—is waiting to mop up. Joe is getting rich and life is good … until the day the mob decides to “close the loop,” sending back Joe’s future self (Bruce Willis, “Die Hard” movies) for assassination. The film also starring Emily Blunt, Paul Dano and Jeff Daniels.

Bonus features include a commentary with Johnson, Gordon-Levitt and Blunt, a making-of featurette, 22 deleted scenes with commentary, a “Science of Time Travel” featurette, and more.

“Looper” is presented in 4K resolution with Dolby Vision, reviewed and approved by the filmmakers, with an all-new director-approved Dolby Atmos audio, plus Original 5.1 audio.

A former intelligence agent is assigned to transport the first-ever human clone to a new safe location. Because the robotic clone holds the secret to immortality, evil organizations are bent on kidnapping it to extract the dark secret.

RLJE Films, a unit of AMC Networks, will release the sci-fi film “Settlers” on DVD and Blu-ray Tuesday Feb. 15.

Mankind’s earliest settlers on the Martian frontier, llsa (Sofia Boutella) and Reza (Johnny Lee Miller) inhabit a desolate farmstead with their child Remmy (Brooklynn Prince and Nell Tiger Free). They work the land and shield their daughter from the dangers of the harsh surroundings. When hostile intruders threaten to expel them from the compound the family is forced to fight to survive in this science-fiction thrill ride.

The bonus feature is a behind-the-scenes look called “Becoming Settlers.”

This compelling drama, based on a true story, is directed by Ubaydah Abu-Usaydan and Waheed Khan.

Soumaya (Soraya Hachoumi), a practicing Muslim and mother of a young girl, has worked as a manager at a company in charge of security at Charles de Gaulle Airport in Paris. But, following the deadly, coordinated terrorist attacks that took place in Paris in November 2015, killing at least 130 and injuring more than 350, life changed in an instant for her, as well as thousands of innocent citizens and immigrants whose lives and beliefs were caught in the crosshairs following the attacks.

The narrative unfolds as a series of portraits: the worried mother urging her daughter not to make waves, the luggage handler who has rediscovered his faith through his wife who has converted to Islam, the lawyer of immigrant descent, torn between his desire to fully integrate into French society and the injustices he sees around him, and the imam whose mosque is searched on the basis of slender evidence.

The film is in French with English, Arabic and Spanish subtitles and is available for $24.95 (SRP).

They Say Nothing Stays the Same (Drama)

“They Say Nothing Stays the Same” arrives on DVD/Digital Tuesday Feb 15, from Film Movement.

The drama follows Toichi (Akira Emoto) who works as a ferryman in the remote Meiji-era community. His peaceful, cyclical existence is given meaning by the essential role he plays in transporting people, livestock and goods across the water.

When news arrives that a bridge is being build upstream, it’s clear that his services will no longer be need.

Meanwhile, his life will be equally transformed by the appearance of a mysterious young woman whom he saves from drowning.

Shot by legendary cinematographer Christopher Doyle, “They Say Nothing Stays the Same” is an old-fashioned work of classical cinema, it’s formal qualities mirroring its thematic concern with those fondly remembered traditions sacrificed in the name of progress.

The film is in Japanese with English subtitles.

“The Say Nothing Stays the Sam” will be available on DVD/Digital for $24.95 (SRP)

The horror/comedy “Zombae” arrives on DVD and On Demand Tuesday Feb. 15, from Indican Pictures.

What is a woman to do in the current dating climate? When a suburban housewife discovers that her husband has become a zombie with an appetite for human flesh, she must decide whether to stay in the marriage or wade into the dating pool. As she dips her toe in, she soon finds that the men out there are even worse than her zombie husband! With a little help from her best friend, she decides to make it work—no matter what.

Front Row Features is giving away a Blu-ray copy of the South Korean sci-fi action thriller “Seobok: Project Clone” to three lucky readers. To enter the contest, simply email socalmovieeditor@aol.com by Feb. 21 for your chance to win. Good luck!