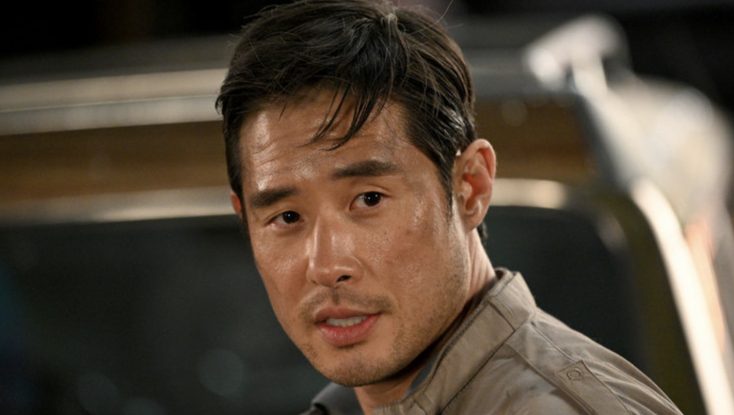 HOLLYWOOD-In 1989, NBC premiered a new science fiction series, “Quantum Leap.” It starred Scott Bakula as Dr. Sam Beckett, who was a physicist that created a time machine and unwillingly got stuck in it, leaping into other people throughout the decades to correct historical wrongs. The series ran for five years and co-starred Dean Stockwell as Al, a cigar-chomping hologram that appears only to Sam, to assist him.

Now, almost 30 years later a reimaging of the series premieres on NBC at 10 p.m. ET/PT, on Monday, September 19, 2022. It stars Raymond Lee (“Top Gun: Maverick”) as physicist Ben Song, the head of a new team that has been assembled to restart the project in order to discover the mysteries behind the Quantum Leap machine and the man who created it.

Everyone’s world turns upside down when Ben, without telling his team, which includes his fiancé Addison (Caitlin Bassett), makes an unauthorized leap into the past and gets stuck there. Addison becomes his hologram, helping him get out of tricky situations, as she and the rest of the team try to bring him home.

Martin Gero (“Blindspot”) is one of the Executive Producers of the show and he, along with Raymond Lee and Caitlin Bassett spoke with the TV Critics Association about their new take on a beloved TV classic.

Q: Martin, what is it about Dr. Song that’s really going to make viewers invest in him?

Martin Gero: That’s a great question. Deborah Pratt, one of the original creators and executive producers of the show [is]with us every day on this version. She says that the four tenets of “Quantum Leap” are hope, heart, humor, and history. And Ben really inhabits the first three of those. He’s an incredibly hopeful character.  He has a tremendous heart. The show is about empathy at its core, and he has a ton of that to give.

Most importantly is the humor. The humor was a big part of the original “Quantum Leap.” It’s a really important part of this one. And I think this entire cast, Ray especially, has really taken that on, trying to find a grounded way to bring an incredible amount of hope, heart, and humor to these episodes.

Q: In the original series we didn’t really get to see the headquarters very much. That’s obviously going to be a big part of the show. Will we ever have episodes where it will be mostly from that perspective?

Gero: The original “Quantum Leap” is basically an anthology series, with a very thin through line. Obviously a lot of character development but not a lot of serialized story. I think everyone felt from the studio [and] the network it needed some sort of serialized aspect and how do we do that?

Why did Ben leave? What’s going on?  Why didn’t he tell anyone?  That mystery pulls you through the week to week without alienating casual viewers. It will mostly be the leaps. Every now and again, if there’s a huge event that needs to be talked about in the present day, [the headquarters] gets closer to 40 percent of the episode. But the show’s called “Quantum Leap,” and we’re going to be focusing predominantly on the leaps.

Q: Raymond, as far as the values Ben represents, can you talk a little bit about what he brings to each leap?

Raymond Lee: Yeah. I think at the core of it, what connects Ben Song and Sam Beckett are the main tenets of their belief in doing good and what it means to be empathetic.

Q: Caitlin, it is really unusual that someone in virtually their first acting role would get a part this good. When you were in the military and you were in Afghanistan, were you thinking in the back of your mind, someday I’m going to do this? How surprised are you now?

I’m having a great time. It was a dream since I was a kid. [The military] was an amazing and growing experience. [But] you always dream, right? And, by the grace of God, Martin found me.

Gero: And just to add on to that, Caitlin really is one of our secret weapons. It’s a secret because she’s literally never been seen before and it’s so exciting for us. The performance she gives in these episodes is so powerful, so incredible, and doesn’t feel like a novice in any way. It’s a really extraordinary story that we’re very happy to be a part of.

Q: How familiar were you originally before you got the parts with the show, and have you gone back and binged it all?

Lee: This was my best friend’s favorite show in sixth grade. Prior to that, it was “Ninja Turtles” for me. [This] was the first real show I remember watching, and also my first introduction to sci‑fi. And so I have very fond memories of going home and watching it with him the second time it came around. I think it was on USA.

Gero: Raymond, you do know that “Ninja Turtles” is also sci‑fi, right?  That is not a real story.

Bassett: I missed the first [series.] I think I was just a little under the age.  And so I’ve gone back and watched it now, and I just love it. But it was one of my dad’s favorite shows. So it’s been really cool, [a] re‑bonding experience, which is fun because I feel like one of the best things about the [series] is it was a family show. So it’s cool we get to do it again.

Q: Martin, when you look back at those old episodes of “Quantum Leap,” does anything about the era stand out to you? Were they doing things at that time that now you’d look at and go, “Oh, no. We couldn’t do that?”

Gero: That’s a great question. I don’t think so. I think the show is a wonderful representation of ironically modern‑day morals. I think we have evolved and so has the show and the stories that we hope to tell on [it.]

Q:  Caitlin, in terms of playing the hologram in this, Dean Stockwell got to do a lot of real character actor work as Al. Can you talk a bit about playing Addison? She seems pretty straightforward at least initially. Will you get into character actor territory?

Bassett: Yeah. I think, particularly when you’re looking at the old show in the first couple episodes, Al and Sam were still trying to figure it out. It wasn’t until they realized what was happening, and there was a little bit of safety allowed and he’s going to make it through, that’s where that real humor, charm, and the space for the relationship had time to sink in. And I think that’s very reflective in this relationship.

As we move forward, that’s when you’re really going to start to see the relationship deepen and the humor really come in in much bigger ways, and I get to start having way more fun. They still haven’t given me a cigar – I’m asking!

Q: Martin, what is the balance of advancing Ben’s desire to leap home and Addison and Ben not knowing who each other are?

Gero: Why Ben left is the big question for this first season that we will absolutely answer. And I think it’s really satisfying and great.  I’m biased.

As far as Addison and Ben, Ben will remember that he’s in love with Addison pretty quick because we didn’t want to stretch that out too much. And from that point on, the relationship gets way more complex, because it’s the long‑distance relationship from hell.  They’re separated by time and space, not just on separate coasts with a bad time difference. That type of story is actually incredibly touching and very emotional and, occasionally very sexy, if I do say so myself. There’s a heat between these two characters that is undeniable and it’s a big part of why I think this version of the show works.

EXCLUSIVE: Zainab Johnson and Kevin Bigley Boot Up for Another ‘Upload’ Season