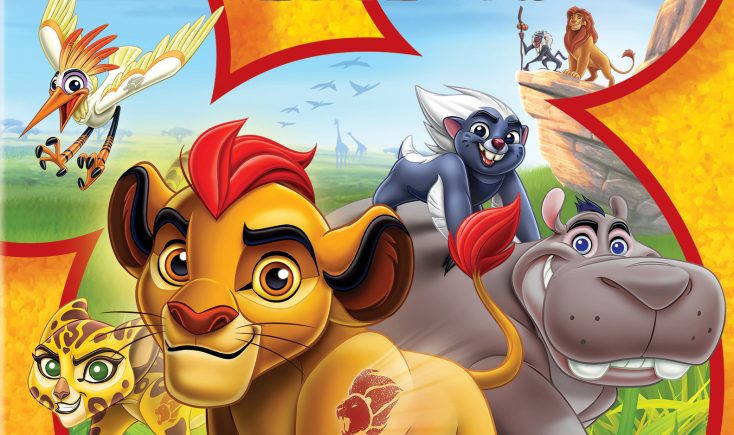 Nature gets gangster in the acclaimed comedy “Hunt for the Wilderpeople,” debuting on DVD Tuesday Sept. 27, from Sony Pictures Home Entertainment. Written and directed by award-winning filmmaker Taika Waititi (“What We Do in the Shadows,” upcoming “Thor: Ragnarok”), this charmingly offbeat coming-of-age tale features a breakout performance from Julian Dennison (“Paper Planes”) as Ricky, a misfit city kid raised on hip-hop and foster care.

Ricky finally gets a fresh start with new guardians in the New Zealand countryside, but when a tragedy strikes that threatens to ship him to another home, he goes on the run with his grumpy foster uncle Hec, played by Sam Neill (“Jurassic Park”). Defiant city kid Ricky gets a fresh start in the New Zealand countryside. He quickly finds himself at home with his new foster family: the loving Aunt Bella, the cantankerous Uncle Hec and dog Tupac.

When a tragedy strikes that threatens to ship Ricky to another home, both he and Hec go on the run in the bush. As a national manhunt ensues, the newly branded outlaws must face their options: go out in a blaze of glory or overcome their differences and survive as a family.  Equal parts road comedy and rousing adventure story, Waititi weaves lively humor with emotionally honest performances by Neill and Dennison. “Hunt for Wilderpeople” reminds viewers that growing is a journey (at any age) and about those who help us along the way. An official selection at Sundance, SXSW and Tribeca and has been racking up audience awards at other festivals ever since.

Two men race against the clock to stop a horde of rabid killers as their city descends into apocalyptic madness in thriller, “Cell,” arriving on Blu-ray (plus Digital HD), DVD (plus Digital), and Digital HD on Tuesday Sept. 27 from Lionsgate.

At the Boston airport, Clay (Cusack) witnesses a scene of chaotic mayhem when an electronic signal turns hundreds of cell phone users into rabid killers. Desperate to find his estranged wife and son, Clay teams with a train driver (Jackson) to battle the horde of murderous “phoners” as the city descends into apocalyptic madness.

Tod Williams directs the film from a screenplay by Stephen King and Adam Alleca. The home entertainment release contains audio commentary with the director and a look behind the scenes of the film in the “To Cell and Back” featurette. The Cell Blu-ray and DVD are available for the suggested retail price of $24.99 and $19.98, respectively.

“Highlander” 30th Anniversary edition arrives on Blu-ray and DVD Tuesday Sept. 27 from Lionsgate. Starring Christopher Lambert and Sean Connery, relive the sci-fi epic that launched a TV franchise and captivated millions of fans worldwide. The 30th Anniversary edition features never-before-seen interviews with director Russell Mulcahy and actor Lambert, a brand-new “making of” documentary, deleted scenes, and audio commentary with Mulcahy. The “Highlander” 30th Anniversary Blu-ray and DVD will be available for the suggested retail price of $14.99 and $14.98, respectively.

The French limited TV series “The Disappearance” makes its DVD debut on Tuesday Sept. 27, from Acorn, an RLJ Entertainment brand. The French crime drama follows the disappearance of Léa, a teenage girl from inner city Lyon, and the subsequent police investigation to find her. As more of Léa’s secrets come to light, her family wonders how well they really knew their daughter. The foreign-language series stars Alix Poisson (“The Returned”) and Pierre-François Martin-Laval as Léa’s parents. The two-disc DVD set features eight episodes plus a bonus photo gallery ($49.99, AcornOnline.com). The critically acclaimed, eight-part thriller was a huge ratings hit when it premiered in France last year, winning its night with more than five million viewers. It recently debuted in the UK and made in the U.S. this past summer on Acorn TV’s on streaming service of international programs.

The Morels are a typical family living in Lyon, France. But when their 17-year-old daughter, Léa (Camille Razat), fails to return home after a night out celebrating her birthday, the Morels are unexpectedly thrown into their worst nightmare. Mother Florence (Poisson) tries to remain strong for her other children and hopeful that her daughter will return home safely, while father Julien (Martin-Laval) begins an investigation of his own. As the police—led by Commander Bertrand Molina (François-Xavier Demaison) and his lieutenant, Camille Guerin (Alice Pol)—desperately search to find the missing teen, shocking truths begin to come to light, revealing secrets hidden by Léa and those closest to her. Written by Marie Deshaires and Catherine Touzet (“Détectives”) and directed by Charlotte Brandstrom (“Wallander”), “The Disappearance” is based on the award-winning Spanish series “Desaparecida.”

Acorn TV’s new British Western “Jericho,” stars Jessica Raine (“Call the Midwife”) as Annie Quaintain, a widowed mother-of-two who is forced to start a new life in the remote town of Jericho in the rugged Yorkshire landscape. She is able to find a home for her family, but must also provide lodging for the rowdy railroad workers passing through. When handsome worker Johnny Jackson (“The Tudors”) shows up on her door, he brings with him a load of trouble that could threaten Annie’s new life. Love, loss, and intrigue abound in this British western set in 1870s Yorkshire. The atmospheric eight-part period drama co-stars Clarke Peters (“The Wire”) with guest star Mark Addy (“Game of Thrones” The three-disc DVD set is available for a suggested retail price of $59.99. It also is available on the streaming service Acorn TV.

Saban’s Powers Rangers embark on all-new adventures in “Power Rangers Dino Charge: Rise,” arriving on DVD (plus Digital HD) Tuesday Sept. 27 from Lionsgate. In the spooktacular Halloween edition, the specially powered heroes must overcome their differences and work together to defend the Earth from evil using their dino-charged powers. The Power Rangers rise and take action-adventure to the next level as Tyler and Ivan put their differences aside to defuse a bomb; Chase races to free his friends from an underground tomb; Prince Phillip learns that he can’t buy his way into the Power Rangers; and Riley and Koda restore the team’s broken bonds of friendship in these dynamic, thrill-filled adventures. The DVD is available for the suggested retail price of $14.98.

“The Lion Guard” continues the epic storytelling of Disney’s “The Lion King” and follows the adventures of Kion, the second-born cub of Simba and Nala, and his diverse group of friends – Bunga, a fearless honey badger; Fuli, a confident cheetah; Beshte, a friendly and good-spirited hippo; and Ono, an intellectual egret. Together, Kion and his friends make up the Pride Lands’ fiercest, bravest, fastest, strongest and keenest of sight. The voice cast includes Rob Lowe (“The Grinder”) as Simba; Gabrielle Union (“Being Mary Jane”) as Nala; Max Charles (“The Amazing Spider-Man 2”) as Kion; Joshua Rush (“The Adventures of Puss in Boots”) as Bunga; Dusan Brown (“Blaze and the Monster Machines”) as Beshte; Diamond White (“Sofia the First”) as Fuli; and Atticus Shaffer (“The Middle”) as Ono. Ernie Sabella (“The Lion King”) reprises his role as Pumbaa. The DVD includes a Magic Lion Guard Power Necklace.

Front Row Features wants you and your little cubs to have a roaring good time together as a family. That’s why we’re giving away a copy of “The Lion Guard: Unleash the Power” on DVD so one lucky reader can enjoy six episodes from the first season of Disney Junior’s new animated series again and again with the littlest “Lion King” fans in their house. To enter, simply email socalmovieeditor@aol.com by Oct. 4 for your chance to win. Good luck!

Tags:Cell, Highlander 30th Anniversary edition, Hunt for the Wilderpeople, Jericho, Power Ranger Dino Charge: Rise, Sam Neill, The Disappearance, The Lion Guard: Unleash the Power
Previous PostPhotos: ‘The Magnificent Seven’ is Not Quite Magnificent, Yet Entertaining
Next PostPhotos: ‘Wilderpeople,’ ‘Disappearance,’ ‘Jericho’ and More on Home Entertainment … plus a giveaway!