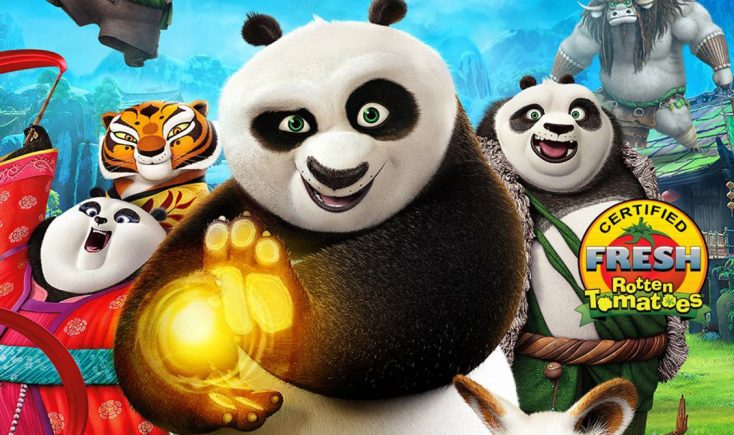 Directed by Academy Award winner Gavin Hood (“Tsotsi”) and written by Guy Hibbert (“Complicit”), the suspenseful drama follows Colonel Katherine Powell (Mirren), a UK-based military officer in command of a top-secret drone operation to capture terrorists in Kenya.  Using remote surveillance and on-the-ground intelligence, Powell discovers the targets are planning a suicide bombing and the mission escalates from “capture” to “kill.”  But as American pilot Steve Watts (Paul) is about to engage, a nine-year-old girl enters the kill zone triggering an international dispute, reaching the highest levels of American and British government, over the moral, political and personal implications of modern military operations. Extras include a featurette called “Perpective,” in which Mirren, Hood and producer Colin Firth explain how the film serves as mechanism for discussion on moral conflict surrounding drone warfare. A separate “Morals” featurette, the trio discusses the moral and ethical questions raised in the film. The film also is available on Digital HD.

“Whiskey Tango Foxtrot,” will be available in a Blu-ray Combo Pack Tuesday June 28.  The dramedy, based on Chicago Tribune reporter Kim Barker’s entertaining memoir about covering the war beat in the Middle East, stars Tina Fey and features an all-star ensemble cast including Margot Robbie (“The Wolf of Wall Street”), Billy Bob Thornton (“Fargo”) and Martin Freeman (“The Hobbit: An Unexpected Journey”). A satirical take on combat journalists and an illuminating story of self-discovery, the film follows Kim (Fey) as she decides to shake things up by taking a dangerous assignment in Afghanistan. There, in the midst of chaos, Kim discovers her true strength as she risks it all to find the next big story.

The Blu-ray Combo Pack with Digital HD includes over 45 minutes of bonus content. Take an extensive behind-the-scenes look at the making of the film, and catch an in-depth interview with the woman whose memoir the film is based. The Blu-ray also includes deleted and extended scenes and much more. “Whiskey Tango Foxtrot” also is available on Digital HD.

DreamWorks Animation’s “Kung Fu Panda 3” is not only one of the best-reviewed films of the year, but it is also one of the top five grossing films worldwide. Everyone’s favorite wisecracking, dumpling-snacking hero is back for more adventures. The “Awesome Edition arrives in a Blu-ray Combo Pack and DVD Tuesday June 28. It also is available on Digital HD.

After reuniting with his long-lost father, Po (voiced again by Jack Black) travels to a secret village and meets tons of hilarious new panda friends and family members. But when the supernatural villain Kai challenges all the Kung Fu masters across China, Po must discover the teacher within himself and train his clumsy brethren to become the ultimate band of kung fu pandas.

Inspired by Ann Cleeves’ bestselling crime fiction mystery series, “Vera, Set 6” makes its DVD debut on Tuesday June 28, from Acorn, an RLJ Entertainment brand. Two-time Oscar nominee Brenda Blethyn (“Pride & Prejudice,” “Secrets & Lies”) returns as cantankerous but brilliant DCI Vera Stanhope in four all-new, feature-length mysteries. From the death of a woman found on the Northumberland cliffs to the body of a fisherman pulled out of the sea, these cases prove to be some of the most difficult and emotional in Vera’s career. The third episode is based on Ann Cleeves’ September 2015 novel, “The Moth Catcher”—the seventh book in the Vera Stanhope series. The series also stars Kenny Doughty (“Stella”), Kingsley Ben-Adir (“Midsomer Murders”), and Cush Jumbo (“The Good Wife”) in her final tense episode. This DVD 4-disc set features the four feature-length mysteries of Series 6 ($59.99,AcornOnline.com), which made its U.S. Premiere in March on Acorn TV. Also on June 28, Acorn is also releasing “Vera, Sets 1-5 Collection, a 20-disc set of all five seasons for s suggested retail price of $149.99.

This season Vera and Aiden investigate the deaths of a woman found on the moors, a young man who worked at a traveling fairground, a fisherman pulled from the sea, and a mysterious double murder. Series 6 guest stars include Jason Done (“Waterloo Road”), Sean Gilder (“Shameless”), Dorothy Atkinson (“Call the Midwife”), Tanya Franks (“EastEnders”) and David Calder (“The World Is Not Enough”).

In a heartwarming story that celebrates individuality, friendship and self-empowerment, the live-action adventure comedy made for kids, tweens and families, pays homage to the 1980s classic with familiar references and iconic scenes.

“Adventures in Babysitting” unfolds when Jenny Parker (Sabrina Carpenter) and Lola Perez (Sofia Carson), two teen girls with distinctly different personalities, each interview for a coveted photography internship and accidentally swap phones. When the Anderson family calls Jenny’s phone looking for a last-minute babysitter, audacious Lola, in need of some extra cash, picks up and nominates herself.  Meanwhile, dependable Jenny is already set to babysit the Cooper family for the evening. Unfortunately, Lola’s first attempt at babysitting takes an unforeseen turn when one of the Anderson kids sneaks out to go to a concert. Jenny, determined to protect her reputation, and Lola with the remaining kids in tow, head out and have the adventure of a lifetime during one magical night in the big city.

“Adventures in Babysitting” is directed by John Schultz (“Judy Moody and the Not Bummer Summer,” “Like Mike”) and written by Tiffany Paulsen (“Nancy Drew”).