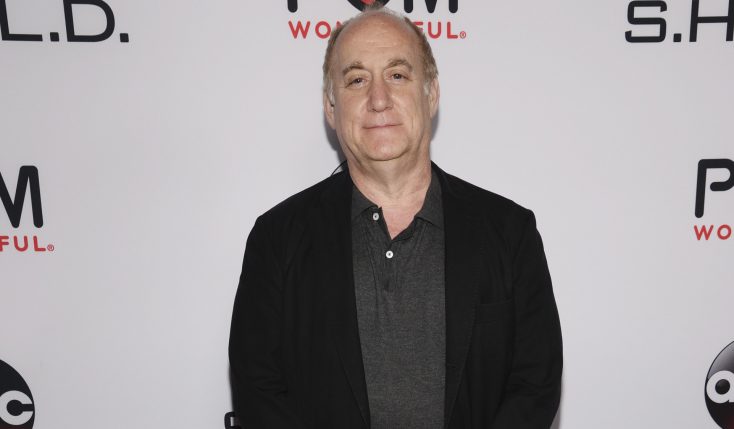 HOLLYWOOD—”Marvel’s Inhumans,” debuting on IMAX screens Friday, Sept. 1 and premiering exclusively on ABC on Sept. 29, tells the story of the Inhumans royal family after they are splintered by a military coup.  Some escape to Hawaii, where they are on their own and have to cope with the humans around them.  They must find a way to reunite with each other and return to their home before their way of life is destroyed forever.  The eight-part sci-fi series is a combined production of ABC, ABC Studios and Marvel Television.  After the pilot episode is shown in IMAX theaters around the world, the TV series will feature exclusive content that can only be seen on ABC.  The series stars Anson Mount (“Hell On Wheels”), Iwan Rheon (“Game of Thrones”), Serinda Swan (“Breakout King”) and Ellen Woglom (“Outlaw”). “Marvel’s Inhumans” is executive produced by Scott Buck (“Iron Fist”) and Jeph Loeb (“Heroes”).

Loeb spoke at the Television Critics Association’s ABC Summer Press Tour about the latest Marvel TV series, which joins other ABC/Marvel shows including “Agents of S.H.I.E.L.D.,” “Most Wanted” and the short-lived “Agent Carter.”

The backstory on the series is that the Inhumans originally came from Earth and then fled the planet a long time ago because they could not peacefully coexist with humans, so whenever they encounter humans, they do so with reluctance and fear.

Q: What will be the difference between the IMAX theatrical version and the TV series?

Q: How does this fit in with the “Agents of S.H.I.E.L.D.” universe?  Is this story taking place concurrently, or is this sometime in the future?

Loeb:  You have to watch the show in order to find out how it all works out but what you do know is that they are certainly aware of what is happening in the continuity of “S.H.I.E.L.D.” We don’t want anyone to think that this is a show that doesn’t exist on its own, that it has its own story with characters that you’ve never seen before in dealing with the royal family. The Inhumans that are part of the “Agents of S.H.I.E.L.D.” story are their own story.

Q:  So this series tells new stories about the Inhumans.  Can you talk about how they relate to the humans they meet?

Loeb: One of the things that we really want to focus on is this is really a story about two brothers (Black Bolt and Maximus), in almost a Shakespearean kind of way, and the woman (Medusa) who is actually caught between them, who is the queen.

Q: Anson Mount’s character Black Bolt doesn’t speak. How was it convincing him to take the role?

Loeb: When we first sat down and started talking about the role, we said point‑blank, “You have no dialogue and you will never have dialogue.  It’s not as though there’s a point where there’s going to be a secret operation (which will allow you to speak). You’re going to have to find a way to communicate with your hands and your eyes and another way.”

Q: What are the powers Karnak (Black Bolt’s cousin and adviser played by Ken Leung) on the show relative to his abilities in the comics?  Is it the same thing?

Loeb: Karnak has the ability to see the flaw in anything and everything, whether it be a person, a plan, a building or a fortress.  Unfortunately, what this does to Karnak as a person is that everything he sees is flawed, so it means nothing is quite good enough for Karnak.  It’s to the point in his life where it’s not just that the glass is half empty, the glass is shattered and broken on the floor.

Q: The characters that we are supposed to identify with as heroes are defending a monarchy that has such a strict caste system where if you are human, you are forced to hard labor, and so I found myself watching the pilot and rooting for the character who is supposed to be the bad guy.

Q: Is that something that you are consciously trying to play with there?  And how do you keep people rooting for the heroes when they seem to be on the wrong side of history, in a way?

Loeb:  As you probably have noticed from most of the shows that Marvel does, we don’t always do things in terms of just hero vs. villain. The antagonist is often the protagonist, and often the hero is on the wrong side of the argument. If you look at some of the classic Shakespearean stories, the people that you thought were the best people to listen to may have something to learn. What’s exciting about the show is that by doing it as an event, by doing it as eight episodes, it’s a very quick, easy learn. With the first two episodes being (aired) in one night, you are actually asking the audience to come in over seven (more) nights, and all of those questions will be answered.

Q: With “The Gifted” on Fox and a significant storyline in “Agents of S.H.I.E.L.D.” that involves mutants fleeing human who want to oppress them and all the “X‑Men” movies that talk about the oppression of mutants, are you concerned that you are going to sort of tire the audience on this really basic story about how mutants deal with the humans who might hurt them or oppress them